This is something which has been eating away at me for a little while and I’m sure many others are concerned.

Just where have the U.S. players in the Premier League gone and will they ever come back?

As of right now, there are just five U.S. national team players who are first team players in the Premier League’s 20 teams, plus a smattering of talented youngsters in academy and reserve squads.

Of those five only one is starting regularly at the time of writing: Geoff Cameron.

Cameron, 30, has been a regular starter at Stoke City over the past four seasons since he arrived at the Britannia Stadium from Major League Soccer’s Houston Dynamo. He has made 132 appearances for Stoke and if it wasn’t for a few niggling injuries over the past two campaigns he’d be over the 150 mark. The former Houston star is a lone ranger right now. He’s excelled at right back, in central defense and central midfield under both Tony Pulis and now Mark Hughes at Stoke and after missing the last six weeks with an ankle injury the Potters have missed his presence, experience and ball-playing expertise on the backline.

With Cameron nearing a return to full fitness — he has returned to training and should be available for Stoke’s clash with Newcastle next week — he’ll soon be back to being the only American playing consistently in the Premier League. He’s an integral part of the U.S. national team and that’s because he’s playing week in, week out in the most competitive league in the world.

What has happened to the others in the PL?

Tim Howard, 36, has recently lost his place at Everton to Joel Robles after suffering a minor injury. Howard has been in the PL for over a decade and his credentials don’t need to be backed up but with some sections of the Everton support critical of his displays this season, it seems like his time in England’s top-flight may be coming to an end. A move to the Colorado Rapids is edging ever close and looks likely in May and his manager Roberto Martinez hardly dismissed that notion last week.

Brad Guzan, 31, has lost his starting spot at Aston Villa and the goalkeeper will be playing in England’s second-tier next season as Villa look doomed to relegation. DeAndre Yedlin, 22, has been loaned out by Tottenham Hotspur to Sunderland and has only made a handful of appearances for the struggling Black Cats this season. Things are looking up for Yedlin as he played in the 2-2 draw at Liverpool and started in the 2-1 win against Manchester United last time out, but it still seems like a spot as a regular starter for a solid PL club is some way away for the Seattle Sounders product.

After that you have Matt Miazga, 20, who has just arrived at Chelsea in January but is highly unlikely to play a starring role for the Blues anytime soon and will likely be loaned out to gain experience. After Miazga there are two promising youngsters in the PL academy setups who have both been loaned out this season in Arsenal’s Gedion Zelalem and Sunderland’s Lyden Gooch, plus Cameron Carter-Vickers making waves at Tottenham Hotspur but then… nothing but prospects. 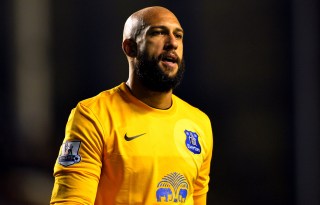 This downward trend of Americans playing in the Premier League is down to many things. Maybe Major League Soccer is finally able to keep the better players at its disposal (Matt Besler and Jordan Morris are just two who’ve turned down moves to Europe in recent years) which is great for the domestic league, but if you look through North America’s top-flight you’ll also see it littered with USMNTers who called it quits in the PL. They all wanted to make it England but in the case of Brek Shea, Maurice Edu and a growing number of others, it hasn’t worked out.

Jozy Altidore‘s poor record in England with Hull and Sunderland is well documented, while Michael Bradley could never get interest from a PL club despite shining at AS Roma and his brief stint at Aston Villa on loan didn’t work out the way anybody wanted. Clint Dempsey, 32, obviously was one of the most successful American players to ever suit up in the PL, if not the most successful, as Deuce produce goals and played regularly at Fulham and even at Spurs for a while. Although, Dempsey was on the outs at Tottenham before he decided to move back to MLS but that was more about a personal decision to move back to the U.S. than a playing one.

The point I’m trying to make here is that the number of U.S. national team players in England’s top-flight has dwindled drastically in recent years and that should be worrying to fans of the Nats. Worse still, it may become tougher for non-EU players to get work permits in the coming years with the English FA hoping to tighten up its regulations and this trend could continue. Unless a young American player has a European passport then then likelihood of them breaking through in the PL seems ridiculously slim. That’s bad news for the U.S. national team. 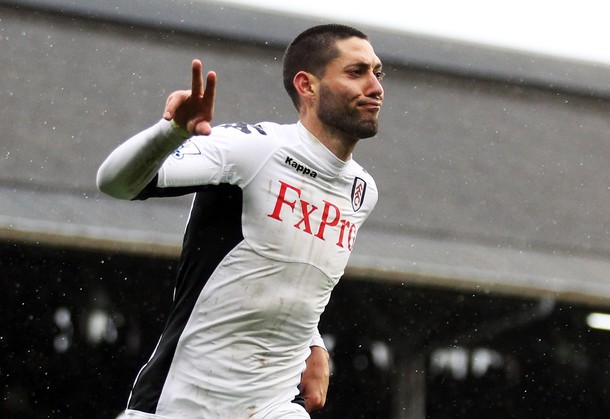 The era of Carlos Bocanegra, Brian McBride, Stuart Holden, Brad Friedel and Howard being regulars in the PL are over. Now, only one regular outfield player (Cameron) remains. Purely for soccer fans in the U.S. who love the Premier League, of which there are plenty, is it concerning that the number of U.S. national team players in the PL is so small? It could point to a lack of quality in the national team which sometimes happens in a certain cycle. There are plenty USMNT men in the Bundesliga, Alejandro Bedoya is excelling in Ligue 1 and of course there’s a whole host of USMNTers in the Championship, England’s second-tier, but perhaps we just have to accept that despite the best efforts of Jurgen Klinsmann and his coaching staff, young American players are no longer getting chances to come to England.

If it’s from a pure quality standpoint then that’s the most worrying aspect for Klinsmann. The fact that this downturn in U.S. players making an impact in England has coincided with a year of struggle in 2015 for the U.S. may be more than a coincidence. Or maybe not, it’s hard to measure player development in one league over another but I’m going to go out on a limb here and say that if the U.S. had 8-10 regular starters in the PL compared to MLS then it would obviously be a much better thing for the USMNT. Obviously. With the level of play and strength of opposition, it just makes sense. MLS is getting there but every promising young talent in the league would want to head to the PL and make a difference if he could but the reality is that hardly any are getting the chance to do that anymore.

There’s many reasons for that, but the fact that the most-watched league in the world — with arguably the highest concentration of top clubs among its 20 members — has just five USMNT players in it, and only one of those is a regular starter, should be a cause for huge concern.