Welcome back Major League Soccer. You were missed.

MLS came back with vigor on Sunday, with 36 goals simultaneously wowing and making us wonder whether defending quality was at an all-time low.

It also allowed us to wonder how wrong some predictions were, and how right others would look in just a few months time.

Let’s say ‘thank you’ for… Fabian Castillo. FC Dallas’ 23-year-old Colombian wizard turned on the jets again for Sunday’s 2-0 win over Philadelphia in Frisco, Texas. Castillo had a goal and put three of his five shots on target, once again showing us that he could play and star in almost any league on Earth… and that’s not exaggeration. Even given that he was playing a young and rebuilding Philadelphia defense featuring two players aged 23 or less, it was electric.

While his status for this weekend’s Texas Derby is up in the air, we’re glad we got an early reminder of how lucky we are to have Castillo on our soil. 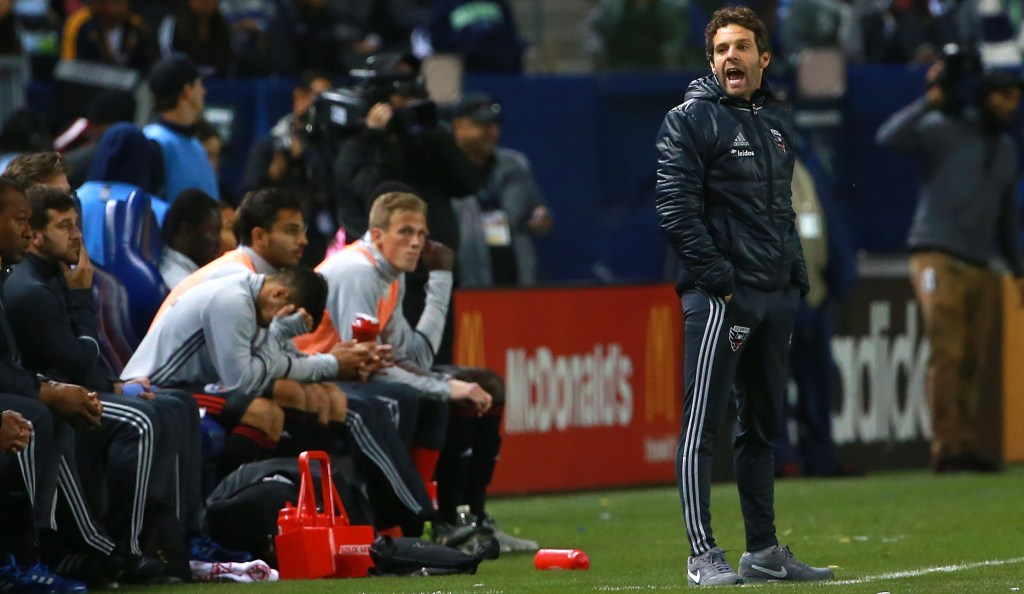 Totally saw this coming: Ben Olsen is a heck of a coach, and he’s a good bet to sort out DC United’s problems after the departures of Perry Kitchen and Chris Pontius, but I’m not sure who was betting on his side shutting down the highly-favored Galaxy at the StubHub Center. Los Angeles clobbered DC, 4-1, with Mike Magee turning the screws on the Black-and-Red.

Didn’t see that coming: New England allowed the third-fewest goals in the East last season, while Houston tied with Philadelphia for the fifth-fewest goals scored in MLS.

Of course, there was a 3-3 tie at BBVA Compass Stadium on Sunday. New England rallied from 2-1 and 3-2 deficits to pick up a point, and Dynamo manager Owen Coyle probably threw something through a window after Daigo Kobayashi zipped inside the Houston defense to head home an equalizer in the 93rd minute. Woof.

The Japanese-born Maryland product was the ninth pick of the 2016 SuperDraft and is frenetic to watch. Keeps the ball on his foot like a magnet and could have the benefit of being next to Jozy Altidore and on the other side of Sebastian Giovinco in the front of TFC’s 4-3-3. He could also absolutely fall down the pecking order, but Greg Vanney is giving him a chance to flourish, and his electricity is present. Might the 5-foot-7 attacker be able to learn a thing or two from Seba?

The two sides split last season 1-1-1, but the one I recall most fondly took place on July 12. David Villa and Sebastian Giovinco both tried to own the heart of Yankee Stadium with five of the eight goals scored in a 4-4 draw. Toronto led 3-2 at halftime after Seba had nabbed goals in the 34th, 40th and 43rd minute.

By the time Patrick Mullins scored in the 84th minute, you could’ve convinced us there were still several goals left. Let’s see another like that between two skilled teams on the postage stamp in the Bronx. After NYC thrilled in a 4-3 road win in Chicago, could we see another goalfest at Yankee Stadium.