On Championship Sunday the final slate of games took place with plenty of the loose ends all but tied up.

However with the news that Manchester United’s game against Bournemouth had to be postponed due to security concerns at Old Trafford, the final Premier League standings won’t be available until that game is replayed in the coming days.

That said, we can still look at the table and see who finished where after an enthralling final day.

Here’s a brief explanation on what was decided on Sunday:

Here’s what hinges on the Man United vs. Bournemouth game:

Below is the final Premier League standings without the one Manchester United vs. Bournemouth game. Look at Leicester City, 10 points clear at the top. 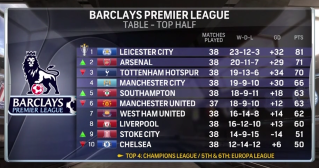 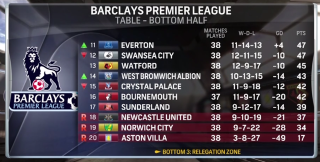