For the full archive of our review content, just hit the link above. Now, it is time to analyze the U.S. national team contingent playing in the Premier League. The pool has grown smaller over the past few years and it is set to shrink once more this summer.

With Tim Howard heading back to Major League Soccer with the Colorado Rapids and Brad Guzan‘s Aston Villa relegated, for the first time in decades we will not have a U.S. goalkeeper in the PL.

Five USMNT players saw minutes in the Premier League this season, so we thought now would be a good time to analyze how they got on. 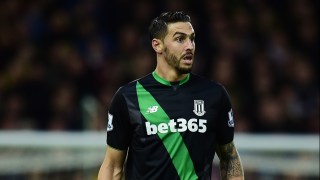 Another very solid season for the Massachusetts native as he operated mainly at center back and in central midfield for Stoke but also slotted in at right back when needed. Cameron has now notched 129 Premier League appearances in his four seasons at Stoke and has become a mainstay in Mark Hughes‘s side. The Potters flirted with the top six and were knocked out on penalty kicks by Liverpool in the Capital One Cup semifinals. For the third-straight season Stoke finished ninth and Cameron suffered a nasty ankle injury midseason which he recovered from well.

The highlight for Cameron was perhaps scoring the winning penalty kick in an early Capital One Cup tie against Luton Town as fans chanted “USA! USA!” repeatedly. He also put in stellar performances against Manchester City in midfield and against Chelsea away from home. All in all, another hugely successful season as Cameron will be a sure starter in central defense for the U.S. this summer at the Copa America Centenario. 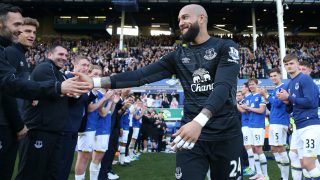 This season turned out to be Howard’s 13th and final campaign in the Premier League. The New Jersey native, 37, said an emotional farewell to Everton on Sunday as he’s ended his 10-year association with the Goodison Park club. Howard has had his critics among the Everton faithful this season but it seemed a little harsh, especially given the shaky defense he was playing in front of. Everton — who finished in 11th place — fired Roberto Martinez after a poor season but scattered in among in all that Howard put in some great displays, with one at Tottenham sticking out early on. Midway through the campaign he did lose his place to Joel Robles after a loss of form and struggling with a calf injury.

Now that Howard’s 13-year career in the PL is over and he heads to Colorado in MLS for the next chapter in his career, he can look back fondly on his 491 total appearances in England with Manchester United and Everton.

The U.S. national team goalkeeper has been leading the charge for American players to gain respect overseas and he has certainly succeeded in doing that. With U.S. flags aplenty and adulation from all four corners of Goodison on Sunday, it was a fitting end to Howard’s fine career in England. 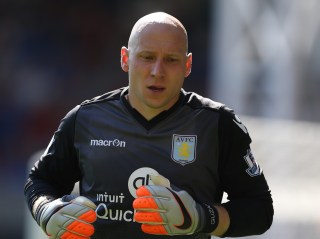 What an awful, horrendous season for Guzan. The Illinois native wasn’t solely at fault for Villa’s relegation but he will be hugely disappointed as they were relegated from the Premier League for the first time in their history. Guzan will be playing in the Championship next season if he chooses to stay with Villa.

Guzan, 31, has had an up and down year as he’s been dropped for Mark Bunn, made a few high-profile errors but also kept the scoreline from getting embarrassing for Villa on many occasions. It was also alleged he was involved in an incident between some players and Villa fans during an FA Cup game at Wycombe Wanderers in January. Overall, a bad season for Guzan just as he was threatening to take over the number one jersey for the USMNT. 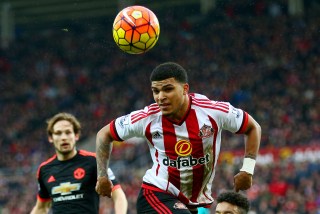 As the season wore on Yedlin got better and better. On loan from Tottenham Hotspur, the Seattle native struggled to get into the team at the Stadium of Light under Dick Advocaat. However, as soon as Sam Allardyce arrived his fortunes turned around and he helped Sunderland on its way to performing yet another great escape as they stayed up in the Premier League.

Yedlin was caught out defensively early on with Manchester City and Arsenal teaching him a lesson but the right back has become more solid throughout the campaign and has picked his moments to attack. Allardyce called him out on some of his defensive duties but the raw pace and athleticism he possesses will always be a threat to opponents. He provided a superb assist for Jermain Defoe in the crucial win against Chelsea last weekend and reports suggest that Sunderland will make an offer to Tottenham to sign Yedlin, 22, permanently this summer.

Let’s see what happens there but Yedlin will certainly be Klinsmann’s first-choice right back this summer and has improved almost on a weekly basis during his loan spell at Sunderland. 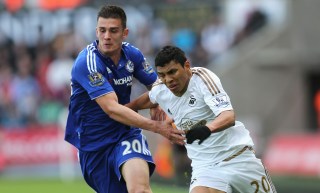 Just two appearances for Miazga, 20, since his shock move to Chelsea from the New York Red Bulls in January. On his debut he looked composed and calm in a 4-0 win at Aston Villa, however he was hooked off in his second game at half time at Swansea after a few mistakes.

[ MORE: Sitting down with Miazga at Chelsea ]

Miazga is young and his future remains uncertain at Chelsea with new manager Antonio Conte arriving in the summer. He showed he has potential to play for the first team but next season he will likely go out on loan to gain experience playing in Europe. The RBNY academy product is rough around the edges and it will be interesting to see if Klinsmann selects him in his final 23-man squad for Copa America this summer.