The game in 100 words (or less): No Lampard, no Pirlo, and only 15 minutes of , not much of a problem for New York City FC, which dealt well with the shortened week and squeezed a point out of BMO Field in a rematch of March’s 2-2 draw at Yankee Stadium. Will Johnson scored for Toronto, and basically made the right side of the midfield a no-fly zone for New York. The left side of the pitch, however, is where Kwadwo Poku snared a point for the visitors. NYC goes top of the East, and Toronto’s two points back.

16′ — Clint Irwin hanging a bit too close to his near post — Or just close enough, if you’re Kwadwo Poku.

42′ — Someone should really have stayed with Will Johnson — Like, I don’t know, anyone in the crowd in front of him.

Man of the match: Johnson, and not just because he scored. See the map below for: tackles (green), recoveries (orange) and interceptions (blue). 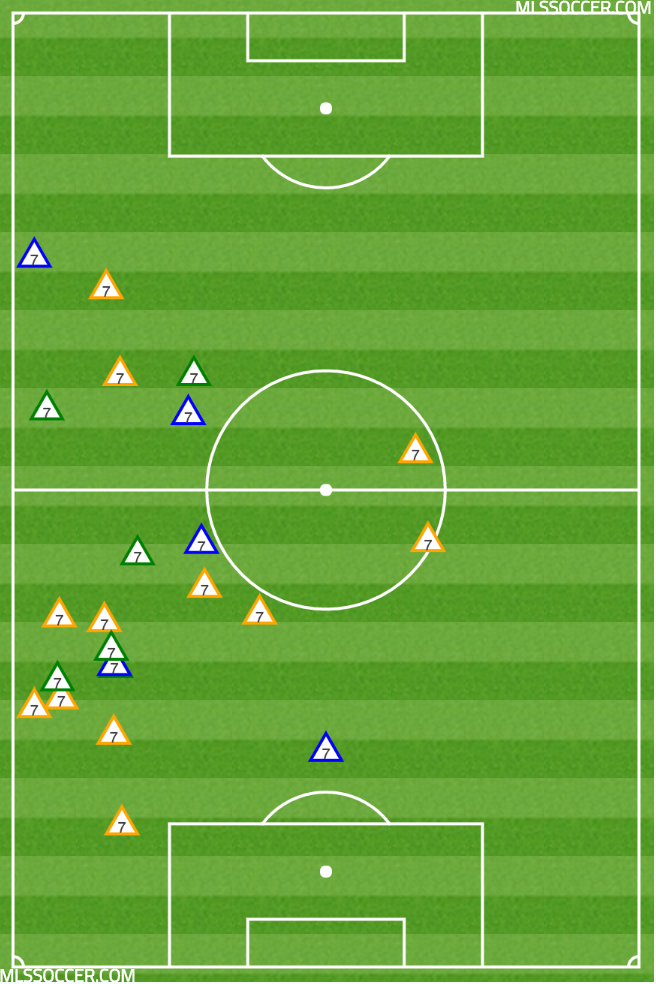