They’ve won five Copa America titles with the last in 2007, but in their previous two Copa campaigns Brazil hasn’t made it past the quarterfinal stage. Despite not having captain and talisman Neymar around they’ll be one of the favorites this summer.

Star player: Douglas Costa – The winger was in fine form for Bayern Munich this season and along with Willian he will be a real threat in support of Hulk.

They will sweep all before them because… They have a huge number of talented attacking midfielders who can rip teams apart on their own. Together it could get rather silly. Expect them to be in the final four.

Really, though, Dunga will be on the hot seat in July: The one thing that stands out about this team is the lack of goals. Only one player in the entire squad has double figures (Hulk, with 12) and anything less than winning a major title is always treated with despair by the Brazilian population. If they don’t win either Copa America Centenario or the gold medal at Rio 2016, Dunga will be under big pressure.

Man, Ecuador is due a good Copa America performance. They haven’t made it out of the group stage since 1997 and have finished in fourth place twice.

Star player: Enner Valencia – After returning from injury in the final 13weeks of the season we saw just how important he is for Manchester United. That was from right back. Valencia will play in a more advanced role for Ecuador and provides bags of experience.

La Tricolor will go far because of forwards: Goals. Goals. Goals. Ecuador has a ton of talented attackers in its squad. Enner Valencia and Jefferson Montero will be dangerous and through the first five 2018 World Cup qualifying games they’ve scored 12 times and sit second in the table.

Likely heartbreak warning: With top scorer from World Cup qualifying, Felipe Caceido, out injured, Ecuador has been dealt a huge blow. They seem to always be the nearly men. 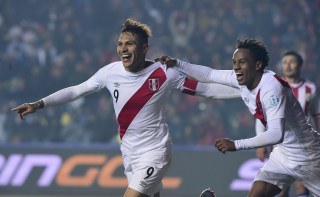 They’ve won the tournament twice in their history and last summer they were the surprise semifinalists who finished in third place. Anchored by a strong defense, they’ll be hoping to cause another upset.

Star player: Paolo Guerrero – He is their main man up top with 26 goals in 67 appearances. If Peru has a chance in the box, they want it to fall to him.

They will be the darlings of the tournament: If they get off to a flying start against Haiti in Seattle then we can expect big things. Confidence will be key ahead of the final game against Brazil.

Goals will be the big problem: They scored just twice in three games during the group stage last summer and somehow made it through. They will have to do more than that this time out and if they don’t beat Haiti, it is curtains for their knockout stage hopes.

This will be their first-ever appearance in the Copa America and after their successful Gold Cup campaign in 2015, who knows what’s possible? They will fancy their chances of advancing despite all the odds stacked against them.

Star player: Johnny Placide – He shone for Haiti during the Gold Cup last summer and their goalkeeper will be another busy man. A beast.

Beware of the underdogs, they’ll get you: As we saw last summer, we shouldn’t underestimate Haiti. They only lost to the USA 1-0 and beat Honduras on their way to a quarterfinal exit to eventual runners up Jamaica. They will keep it tight and try to grind out wins.

Tight isn’t good enough: As they’ve found out in World Cup qualifying, you have to do more than hang in there. They haven’t scored a goal through four games of 2018 World Cup qualifying in CONCACAF Group B and sit bottom of the table. Placide will have to come up big this summer if they’re going to produce something special.

Marquee match: I’m going with Brazil vs. Ecuador on June 4 at the Rose Bowl. This two will go at it to try and take control of Group B. Should be a fun one.