Like every league, Major League Soccer has had some controversial red card and penalty decisions this season, and will look to cameras to help them fix it.

MLS will look to institute the Video Assistant Referee project in the future, and will test it this summer in a batch of trial matches in the USL, its third-tier partner.

The top flights of Australia, Germany and Brazil are already on board with the project, which reviews direct red card, penalty, mistaken identity cards, and goal decisions.

The participating leagues and competitions can now begin preparations for testing. MLS, PRO and USL are making preparations for trials in USL matches hosted at MLS and USL venues this summer.  These tests will help MLS develop a plan for implementation of video review in MLS matches.

Today’s announcement continues MLS’ commitment to video assistance for referees, as the league first began studying the feasibility and conducted offline tests of video review in 2014. The preliminary findings of these tests during the last two years indicated that the review of a key match incident could be completed without a material disruption to the game.

Here’s how the system works, via a FIFA infographic: 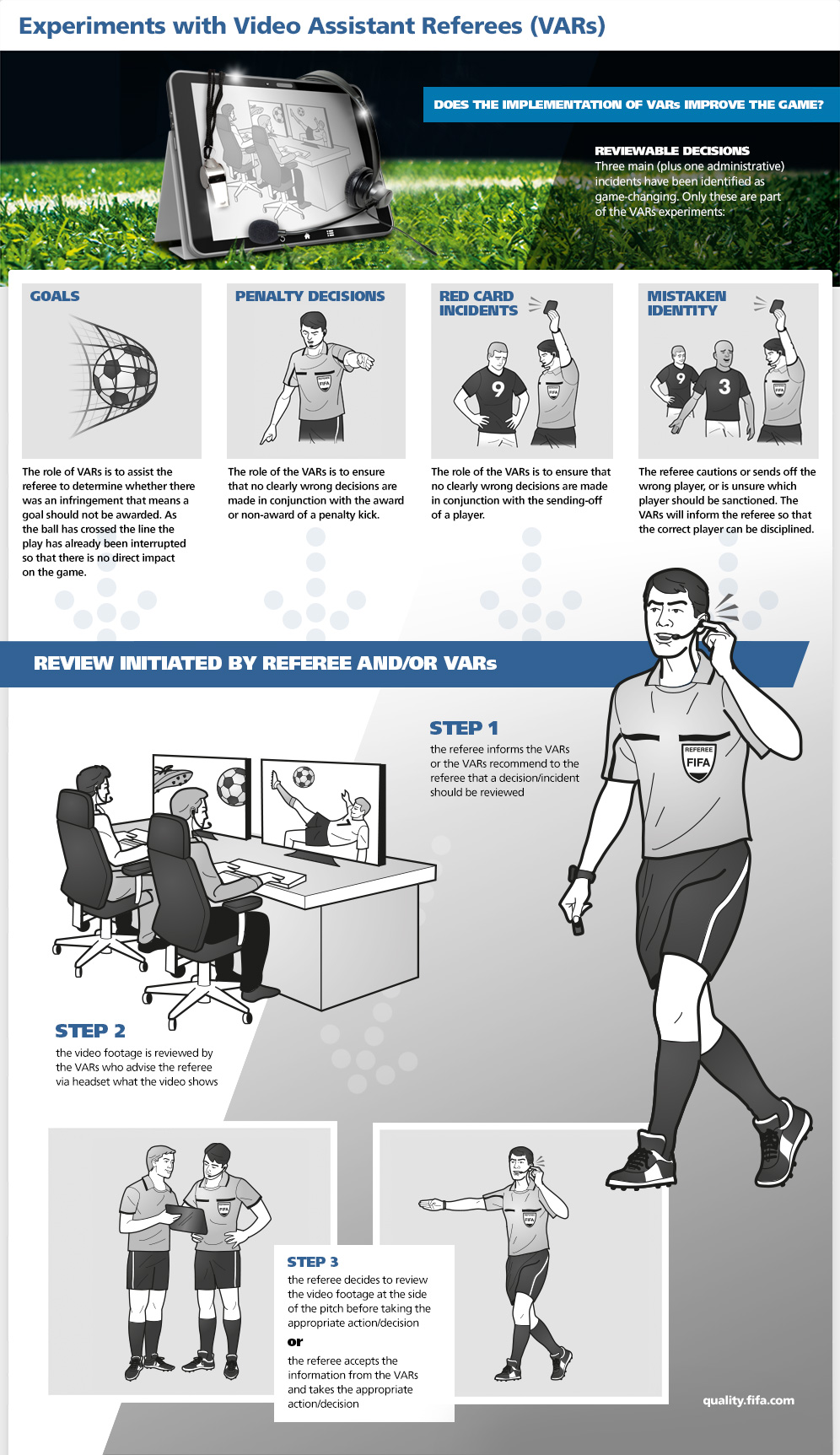