Tuesday is decision day on two continents, with the intensity level burning hot in the United States of America.

Jurgen Klinsmann and the United States men’s national team have the chance to become legends in their country by knocking off Lionel Messi and Argentina to reach the Copa America Centenario final.

Over at EURO 2016, the first two magic numbers for third-place teams is set, and they are five and/or plus-1. That’s because the third place finishers in Groups A & B — Albania and Slovakia — are set, meaning a better finish than Slovakia earns a knockout round place for a third-place team.

Five matches today. Five! What a day for our sport around the globe.

ICYMI: Roy Keane is cool with Irish players doing whatever it takes to get to the knockout rounds. … Gareth Bale and Aaron Ramsey led Wales to the EURO’s Group B title, while England stuttered to a second-place finish.

Where: Stade Velodrome in Marseille

Ukraine is out, but will relish the chance to play spoiler to Poland. That result would still need to meet Northern Irish success versus Germany to cost Poland the knockout rounds, but Poland will also be aiming for the group title. It needs to make up a goal of difference on Germany.

Where: Parc des Princes in Paris

Little known Northern Ireland was favored to finish close to last in the entire tournament, but a defeat of Ukraine has it in the discussion to advance to the knockout rounds. What it will need is a point or better against powerful Germany, which hopes to kick on offensively through Thomas Muller. 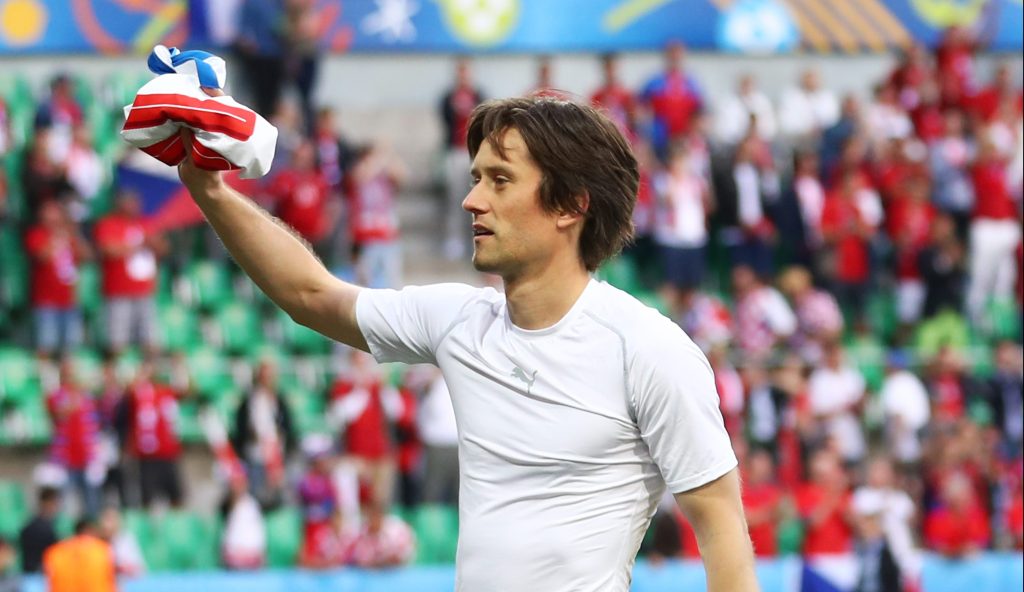 Where: Stade Bollaert-Delelis in Lens

The Czechs need a win and a Croatia loss, preferably either being multi-goal, to finish in the top two. Turkey needs a win by as many goals as possible and help to be one of four third-place teams to go through.

A draw would put both sides through, though Croatia would love to beat Spain to snare Group D. Remember, the path to the final is much easier by winning this particular group.

Where: NRG Stadium in Houston

No, it’s on the stage of a World Cup, but the United States can engineer one of the top results in the history of the men’s national team with Lionel Messi and Argentina having sauntered into Texas. The Yanks will be without Jermaine Jones, Alejandro Bedoya and Bobby Wood, but it was always going to be a test. Landon Donovan thinks it’ll be tight. Do you?