As you were, top of the table.

Indy Eleven remains first and New York Cosmos second after the fifth week of the NASL’s Fall Season, just where they finished the Spring: level on points but separated by tiebreakers.

That’s because Indy took down surprising FC Edmonton 1-0, taking advantage of New York’s draw in Tampa Bay to match the Cosmos’ record at 3-1-1.

[ MORE: Messi back, blonde at Barca ]

In Bayamon, Paulo Mendes found Hector Ramos for the lone goal of the match in the 53rd minute, and Puerto Rico FC picked up its first win in team history with a 1-0 win over visiting Rayo OKC on Saturday night.

Only one team in the league remains winless, as Fort Lauderdale fell 3-1 to Minnesota United. Christian Ramirez scored his league-best 11th goal of the season, while J.C. Banks and Ismaila Jome also netted for the victors.

Elsewhere, Carolina drew Miami 3-3 on Friday night, while Ottawa picked up its first win of the Fall Season with a 2-0 win in Florida against Jacksonville Armada. 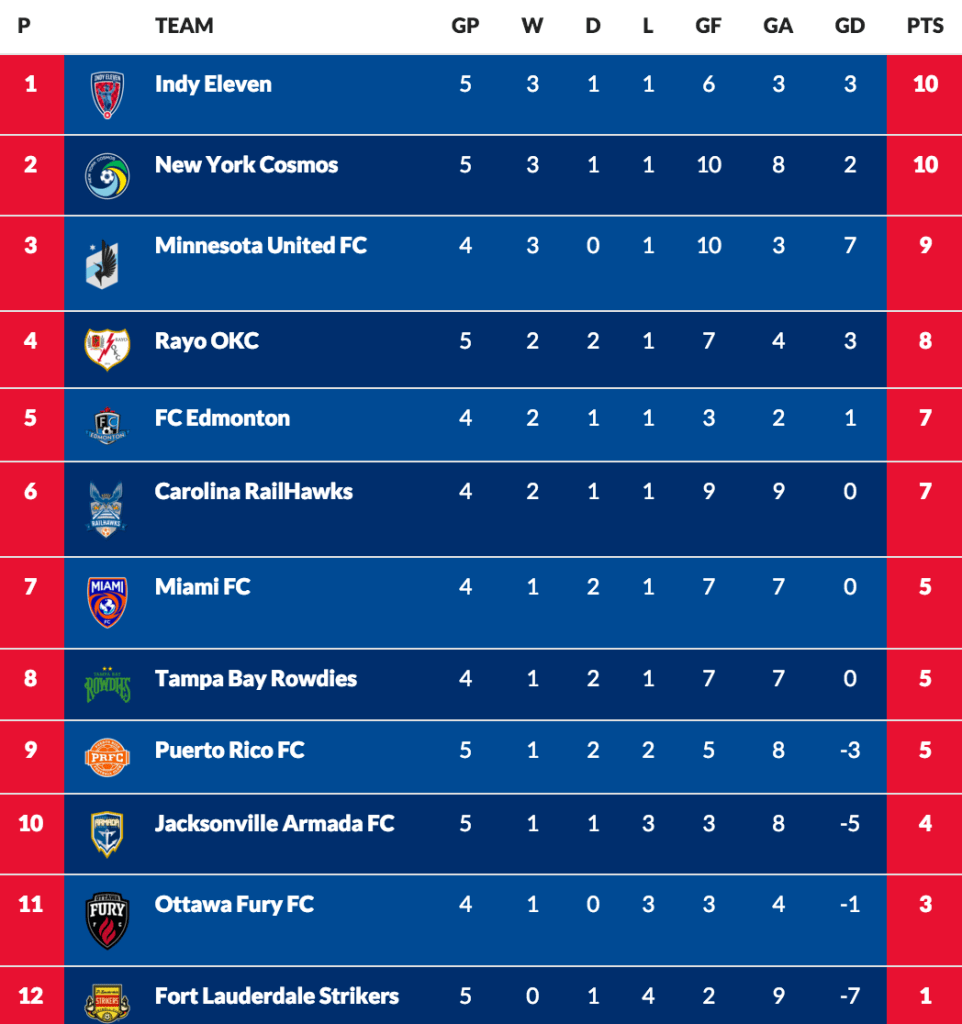