The Potters just keep plugging away.

Steady progress has been the name of the game for Mark Hughes‘ side over the past nine years since they were promoted to the Premier League and this season will be no different. Having flirted with the top six for most of last season, they fell away at a pivotal stage of the campaign.

Scoring goals has been a slight problem for Stoke but when everything clicks into place, they ooze class at the Bet365 Stadium. That venue is one of the most intimidating (and coldest) places to play in the PL and Stoke’s home record will once again be key if they’re going to finish in the top 10.

Stoke will finally kick on and finish in the top six because… They have a strong defensive unit, plus new signing Allen will slot seamlessly into midfield to link up with the likes of Bojan and Xherdan Shaqiri and Marko Arnautovic.

Most likely they’ll finish ninth, again: After finishing in ninth in each of the last three PL campaigns, Stoke’s fans will want more but are unlucky to get it. With teams like Liverpool and Chelsea strengthening, plus Everton set for a new era under Ronald Koeman, they could struggle to finish in the top 10. The one area Hughes must strengthen up top with Diouf, Crouch and Joselu all hard workers but hardly prolific.

Last season: Stoke started the season superbly and in the first half of the campaign they’d racked up wins against Chelsea and Manchester City at home. They then faded towards the end of the season but still finished ninth for a third season running. Their aim was to better their record PL points tally of 54 from the previous campaign but they just came up short of that with 51 points on the board. All in all, another steady season for Stoke.

Star player: Marko Arnautovic – Austrian forward signed a new contract over the summer which was a huge boost for the Potters. “Arnie” was their top scorer in the PL last season with 11 goals and he may be given more opportunity to play in his preferred role out wide if the club are successful in recruiting a new striker. When he’s on his game there are few who can stop him. Pace, power and trickery, Arnautovic is a mercurial talent.

Coach’s Corner: Hugheshy has done incredibly well in his three season at Stoke so far. He’s spent wisely and built solidly on what Tony Pulis left behind. The way he has changed Stoke into an attractive team to watch has been subtle but focused and bringing in players like Bojan and Shaqiri has had its ups and downs but has certainly taken Stoke to the next level as they’ve established themselves as a solid top 10 club in the PL. Hughes will now look to push for the top six but he may need a lot more cash to spend on one or two key new players to do it. 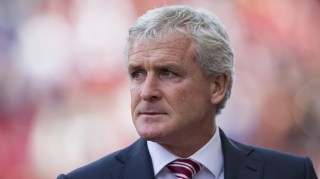 PST predicts: Another season of solidity for Stoke as they’ll be in and around 10th place and if everything clicks and their star man stay clear of injury, they could flirt with a top six finish. Like last season, expect a good cup run from them.