If the Fall Season ended today, the Spring champion Indy Eleven would be joined in the playoffs by Fall champs New York Cosmos and wild card entrants FC Edmonton and Minnesota United.

Puerto Rico, Jacksonville, and Ottawa look unlikely to challenge for a playoff spot, but there’s a muddled middle that hopes to get hot and catch Minnesota for that fourth playoff spot.

Rayo OKC has to act now and on the road, visiting Christian Ramirez and Minnesota on Saturday. Rayo has been led by MLS vets Futty Danso, Michel, and Robbie Findley, and is eight points back of United with a match-in-hand.

Carolina has two matches in hand on Minnesota, and would be just one point shy of United if they won both (The two sides meet in late October). The Railhawks next face lowly Jacksonville, and will look to the league’s leading assist man, Raleigh-born NC State product Nazmi Albadawi, to keep dishing out dimes. 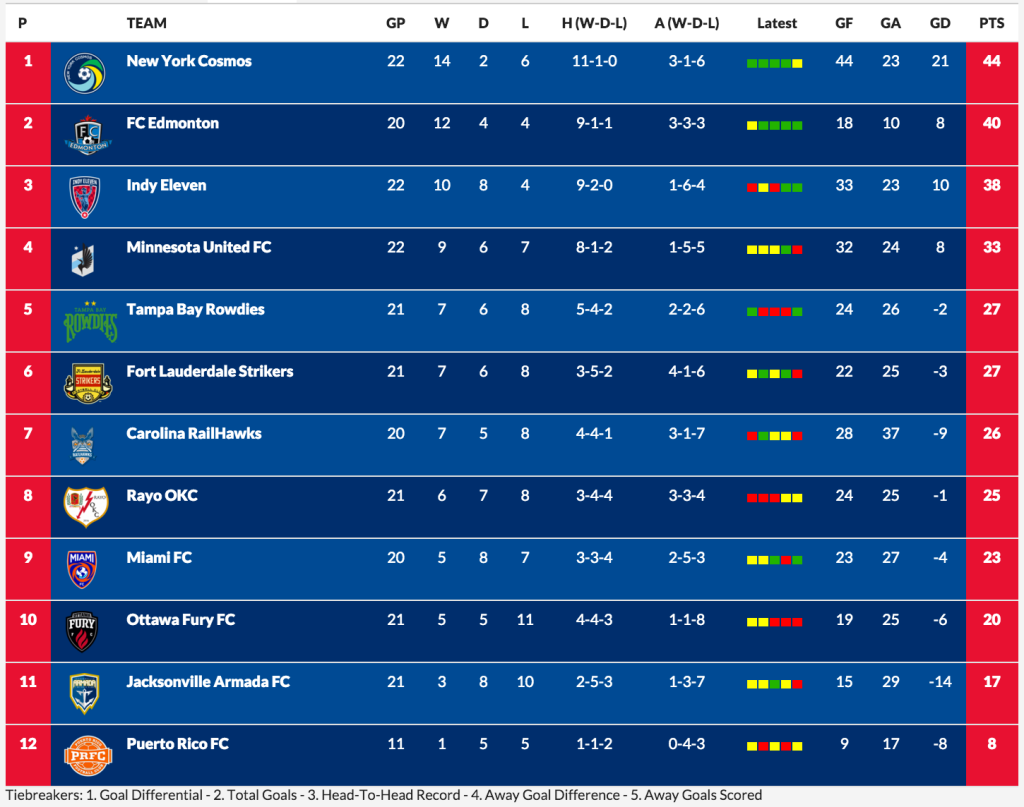