Soon, it will look a lot different.

On Tuesday the president of the reigning European champs, Florentino Perez, revealed that Real and the City of Madrid had agreed to a $442 million deal which will see the Bernabeu remodeled.

Perez had the following to say about the landmark project getting approval.

“Today is a very important day for Real Madrid, for its fans, for its members and for our city,” Perez said. “It is a happy day for everyone because as a result of the consensus and this agreement, we will see a dramatic transformation of the Santiago Bernabeu. As we all know, this stadium is one of the emblematic icons of our city and we want to make it one of the best stadiums in the world and the undisputed symbol of the strength of our capital.”

Take a look below at the stunning images (courtesy of RealMadrid.com) as the famous home of the Spanish giants (opened in 1947) will have a new retractable roof as well as many other improvements to its infrastructure.

The work is due to start next year and will be completed by 2020 although the capacity of around 80,000 will not be expanded.

With Barcelona set to begin massive renovations of their Nou Camp home — they will add a roof to cover all seating areas and increase the capacity from 99,354 to 105,000 — it looks like Real doesn’t want to be left behind… 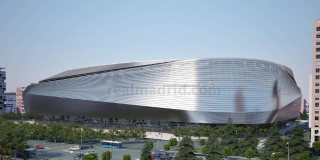 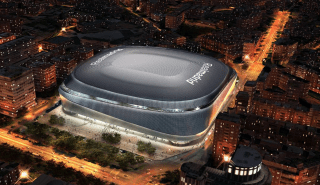