Some nations have never done it, while others have made a habit; As Bruce Arena prepares for his second stint as United States men’s national team boss, what has history shown us regarding these repeat performances?

While each case is quite unique given both the nature of player turnover at the national team level and the relative burdens of a given program, perhaps there’s something to be learned from going back to the well.

Two nations have done this in somewhat religious fashion: Brazil and the Netherlands. While the former was simply hearkening back to the golden days, reintroducing three bosses who had won the World Cup, the Dutch operated in an unorthodox manner in repeating many times.

Mexico, Chile, Argentina, Italy, and Belgium have all gone back to the drawing board once in the last few decades, while some nations: England, Spain, France, Germany.

I’ll admit that I was nonplussed at the idea of Bruce Arena re-appointment. He’ll do fine, as it would take some serious failing to miss out on the World Cup. But I’m hoping this exercise will lead me in a different direction, one of excitement.

Let’s begin in CONCACAF, where Javier Aguirre earned two stints with Mexico. Aguirre led El Tri to the Copa America final in 2001 and oversaw a terrific escape from the 2002 World Cup group stage, where Mexico was drawn with Croatia, Italy, and Ecuador. Mexico then lost to the USMNT in the Round of 16 (Landon Donovan!!), and that was that for stint No. 1. 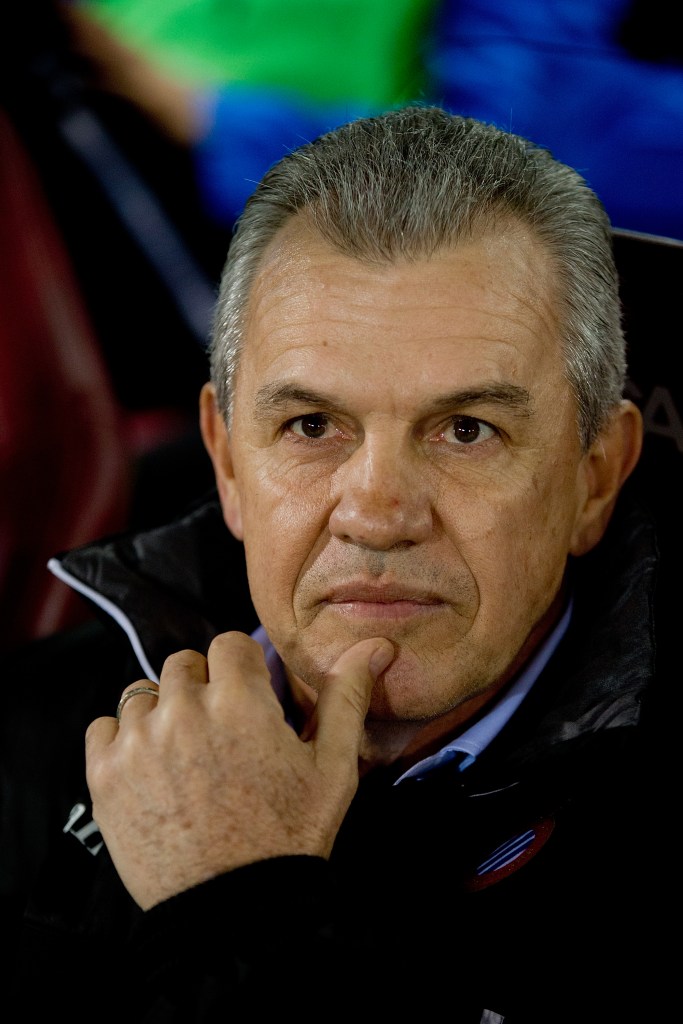 His return will sound super familiar to U.S. fans. Aguirre was brought back to Mexico in the wake of foreign manager Sven-Gorn Eriksson’s losing two of his first three Hex matches. Upon his hiring Aguirre vowed, “I add, gentlemen, that I want the player who comes, come with pride, to recover the identity that comes with our love for the shirt”.

Aguirre led Mexico back into the World Cup, and won the 2009 Gold Cup. El Tri finished second in its World Cup group but again bowed out in the first knockout round (3-1 to Argentina).

Verdict: Hard to call this anything but a success.

Marcello Lippi won the 2006 World Cup with Italy, which is nice we guess. He left the gig of his own volition, only to return after Italy lost at the quarterfinal stage of EURO 2008. In South Africa, Italy gained two points from a poor group with New Zealand, Slovakia, and Paraguay, and Lippi quit.

Verdict: This one didn’t work.

Georges Leekens is seemingly a rare bird in our study, a coach who disappointed in his first run but got another shot. Belgium failed to advance from the 1998 World Cup’s group stage, the first time the Red Devils missed the knockout rounds since 1982. Leekens was brought back in 2009, and could not help Belgium to EURO 2010.

Verdict: If at first you don’t succeed… don’t do it again?

Nelson Acosta led Chile from 1996-2000, and advanced to the Round of 16. Chile drew all three group games before falling to finalists Brazil in the first knockout round game. He came back for 2005-2007, with Chile not in the 2006 World Cup and bowing out in the quarters of the 2007 Copa America. Oh, and he quit midway through that tenure.

Argentina‘s repeat customer was Alfio Basile, who won two Copa Americas and a Confederations Cup, though a promising 1994 World Cup run was scuppered by one of Diego Maradona’s failed drug tests. Basile was brought back after the 2006 World Cup, and quit after a Round 10 loss in CONMEBOL qualifying that saw La Albiceleste swept by Chile.

As for the repeat offenders, Brazil and the Netherlands.

Mario Zagallo, Carlos Alberto Parreira, and Luiz Felipe Scolari were all brought back to Brazil after lifting World Cups. It’s worth noting that Parreira had a brief stint in charge before his Cup winning stint as well.

Zagallo had won two World Cups as a player, too, before leading Brazil to the 1970 World Cup final. He returned almost a quarter century later, and led the nation to the final. They lost to hosts France.

Parreira won the 1994 World Cup in the United States, returning 8 years late for a four-year run. Brazil conceding one goal in three group stage games, then blasted Ghana 3-0 before again falling victim to France, 1-0, this time in the quarters.

Scolari won the 2002 World Cup, and came back for the 2014 edition in Brazil. We know how that ended, with semifinal embarrassment at the hands of Germany.

Although any World Cup that ends before the final will be viewed as a failure by some Brazil supporters, none of the above results were true embarrassments.

The Dutch have turned over the same leaf many times, and their bravery was rewarded several times.

Louis Van Gaal‘s first tenure with the national team was rough, as the Netherlands missed the World Cup for the first time since 1986. His return, however, was sensational; Holland ran to the 2014 World Cup semifinal, only falling to eventual runners-up Argentina.

The other returnees had varied success. Rinus Michels had five spells in charge. He first led the Netherlands to the 1974 World Cup final, where they lost to West Germany, and came back to lead the team to the EURO 1988 title. They beat West Germany in the semis, and Michels is an undoubted Dutch legend.

Guus Hiddink led Holland to the 1998 World Cup semifinals, only losing to Brazil in penalties. He came back in 2014 to succeed Van Gaal, and the Dutch saw misery. Holland finished fourth in their qualifying group and missed EURO 2016.

Dick Advocaat navigated a tumultuous spell of Dutch football to lead the nation to the 1994 World Cup quarterfinals, where they fell to eventual champions Brazil. In his return, Advocaat led the Netherlands to the EURO 2004 semis and a surprising loss to Portugal. This was not viewed kindly.