Toronto FC nearly hoisted MLS Cup on its home turf in 2016 but Greg Vanney’s side won’t be the only Eastern Conference contender this season.

With the 2017 campaign set to kick off on Friday (yes, just two days away), 11 teams in the East will have the opportunity to reach the postseason as MLS continues its expansion.

Some of you may be thinking “11”? Yep. Welcome Atlanta United to the mix!

Below is everything you need to know about the Eastern Conference heading into the 2017 season. 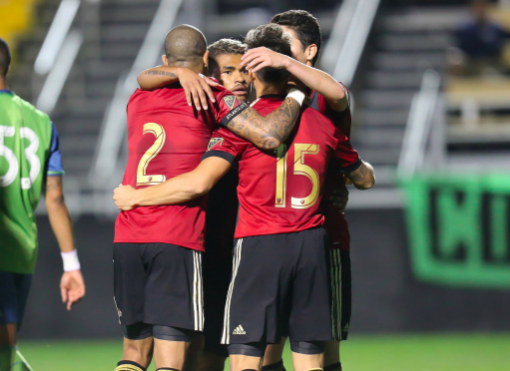 Record in 2016: N/A
Offseason evaluation: It was about as good as any new club could have hoped for, and the team has already showed flashes of brilliance in preseason. With three quality, young Designated Players, savvy veterans like Kenwyne Jones and Michael Parkhurst and a crop of young studs led by first round draft pick Miles Robinson, Atlanta is already off and running.
Key player: Miguel Almiron — The Paraguayan has made a name for himself in South American football, and now it’s his turn to live up to the billing in MLS. In addition to his club services, Almiron has made an impact for the Paraguayan national side at both the Copa America Centenario and also during 2018 CONMEBOL World Cup qualifying.
Coach: Gerardo “Tata” Martino – He’s coached at the highest levels of the game, including at Barcelona, but Martino takes his talents to an expansion side that has arguably won the offseason. There’s no questioning his resume, however, in a league with as parity as MLS, the savvy manager will have to prove himself once again in the United States.
Vague 2017 prediction: This is a deep, deep roster and although expansion sides of the past have struggled to come out firing from the gate, this Atlanta side could very well buck that trend. 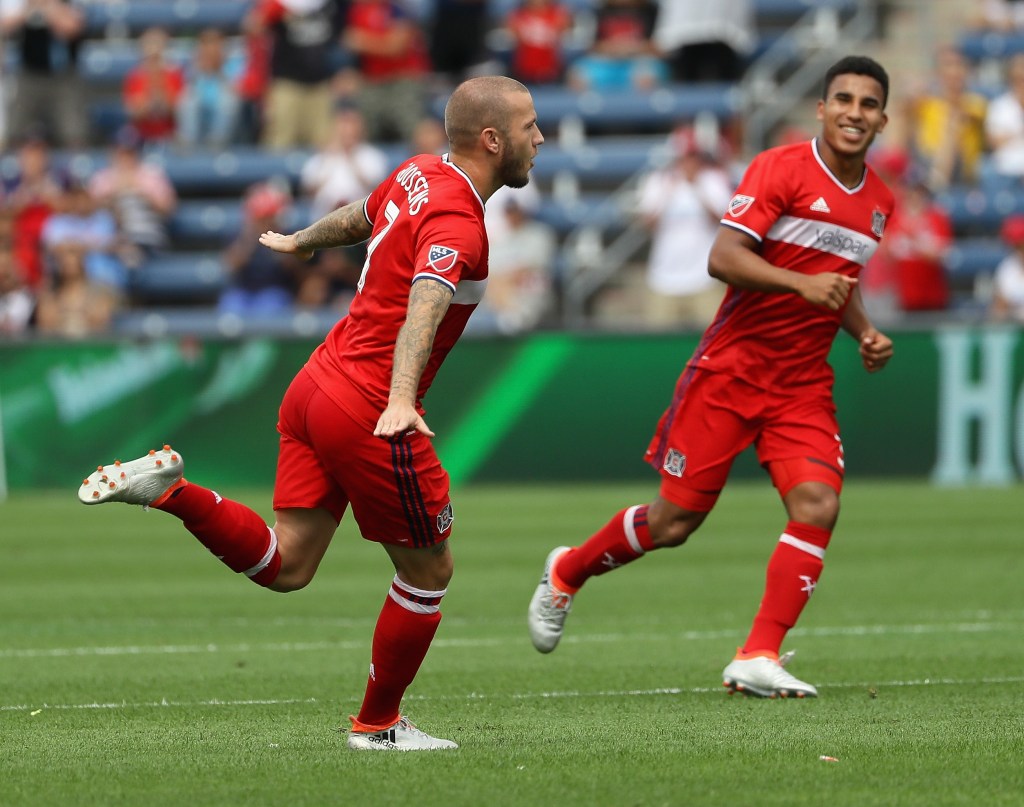 Record in 2016: 7-17-10 – last in MLS’ Eastern Conference, last overall record in MLS (didn’t qualify for playoffs)
Offseason evaluation: The East Conference bottom dwellers had themselves a strong winter, clearly highlighted by their blockbuster trade for veteran midfielder Dax McCarty from the New York Red Bulls. Add in Hungarian attack Nemanja Nikolic and one of the league’s youngest rosters and this has strong potential in the offing.
Key player: Nemanja Nikolic — The 29-year-old starred in Europe with clubs like Legia Warsaw Videoton, and the Fire hope he can bring his goalscoring presence to a team that just 42 goals all season in 2016.
Coach: Veljko Paunovic — The young Serbian manager is still learning the ropes of MLS but he’s surely built a strong roster in just his second season in the U.S.
Vague 2017 prediction: Will the Fire make the playoffs? It looks a lot more likely than a season ago. 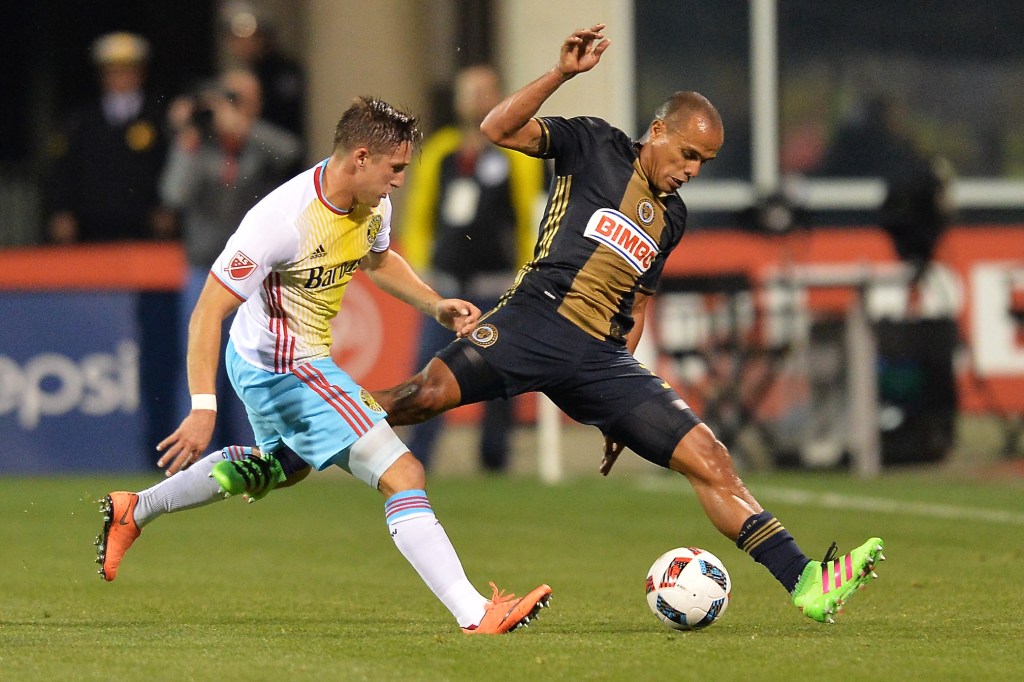 Record in 2016: 8-14-12 – 9th in MLS’ Eastern Conference, 18th overall in MLS (Did not qualify for playoffs)
Offseason evaluation: The Crew didn’t bring about too many changes during the offseason but their strong core of players, led by Ola Kamara, Ethan Finley and Federico Higuain should pose a great threat to opposing defenses in 2017. Meanwhile, Jonathan Mensah’s addition should fill a void in the back after the exit of veteran defender Michael Parkhurst.
Key player: Ola Kamara – The striker filled in nicely after Kei Kamara‘s move to the Revolution but he’ll have to avoid a sophomore slump in MLS if the Crew are to contend in the East once again.
Coach: Gregg Berhalter – As he enters his fourth full season with the club, Berhalter must regroup and his get his side focused after missing the playoffs in 2016.
Vague 2017 prediction: The Crew fell off big time from their MLS Cup appearance in 2015 but this is still a roster full of talent and will surely compete for a playoff spot in the East. 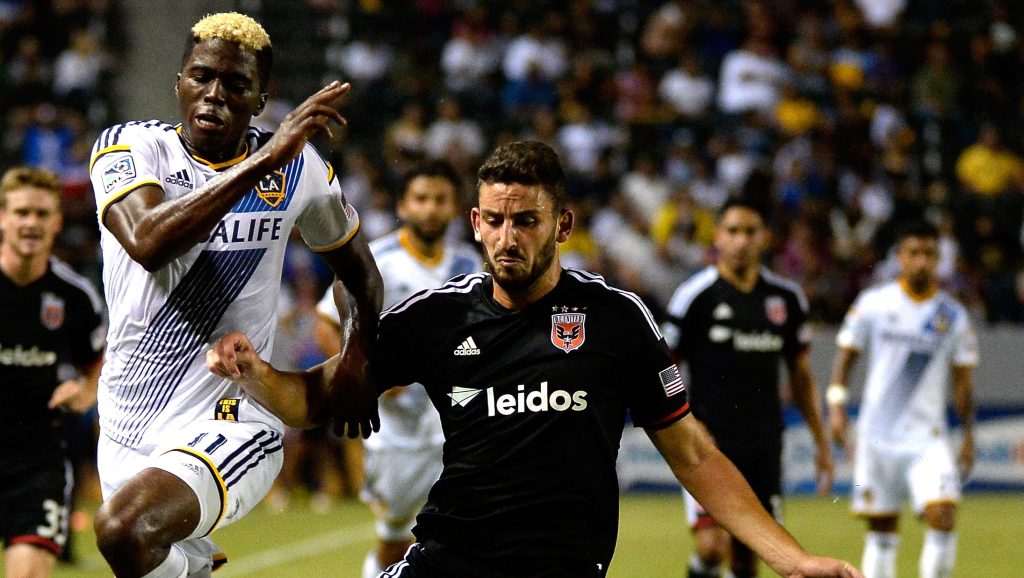 Record in 2016: 11-10-13 – 4th in MLS’ Eastern Conference, 9th overall in MLS (Knocked out in MLS Cup Conference semifinals)
Offseason evaluation: The Eastern Conference side has found a solid mix of youth and veteran pieces to help be in the mix for a playoff spot again in 2017. Ian Harkes will be one of the most watched youngsters this season after signing a Homegrown contract, while Luciano Acosta hopes to continue his impressive play in his second season with the club.
Key player: Patrick Mullins – After getting a new contract this offseason, Mullins will have some high expectations to carry over his goalscoring form from a season ago.
Coach: Ben Olson – Historically, D.C. has been one of the most successful franchises, but it’s been over 13 years since the club’s last MLS Cup. Olson knows that feeling back from his playing days, but it’s now his job to step up and help deliver one as a manager.
Vague 2017 prediction: This is a squad that is built to win now, particularly at the back, so Olson and co. will have to take advantage of the current roster. 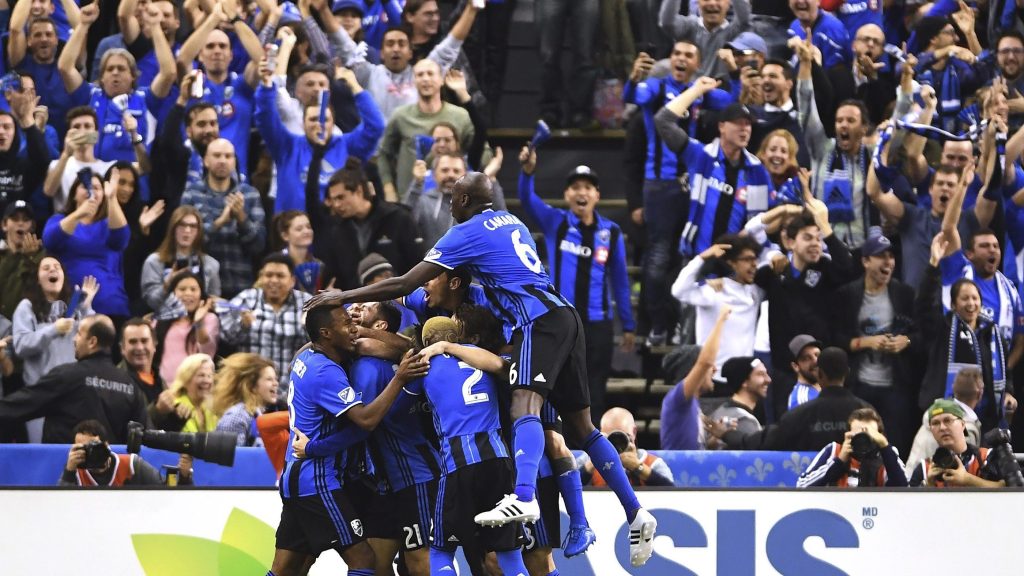 Record in 2016: 11-11-12 – 5th in MLS’ Eastern Conference, 11th overall in MLS (Knocked out in MLS Cup knockout round)
Offseason evaluation: There’s no more Didier Drogba but the Impact still boast a squad that nearly qualified for MLS Cup last season.
Key player: Ignacio Piatti – He’s easily one of MLS’ most dynamic attackers, and without Drogba, Piatti will be able to influence this Impact side that much more.
Coach: Mauro Biello – Biello knows the club in and out, and he’s done everything right to this point. 2017 looks to be the season where the team can take the next step and contend for an MLS Cup title.
Vague 2017 prediction: The Impact have reached the postseason two consecutive seasons, and look to be on pace for a third and potentially have bigger sights set. 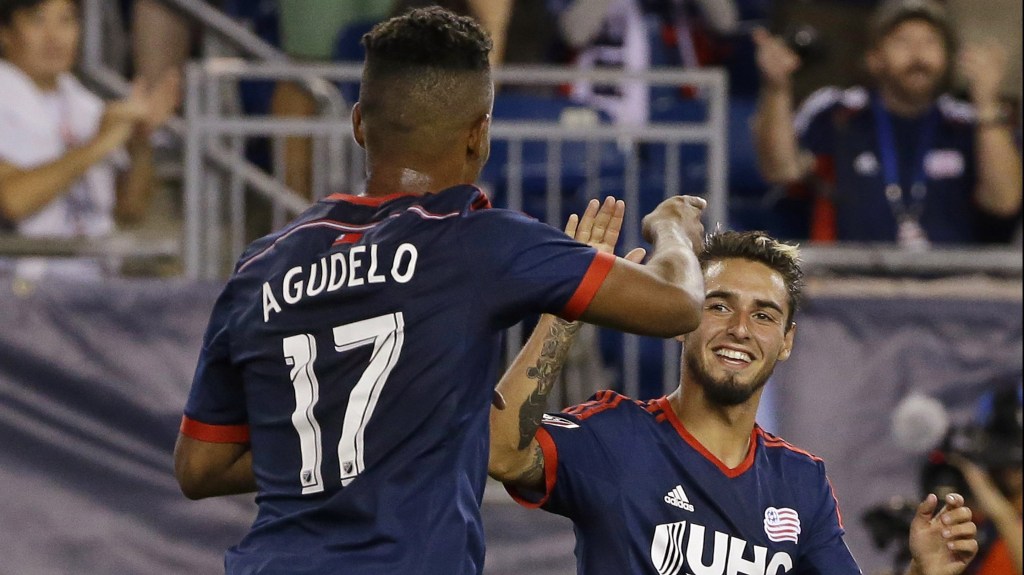 Record in 2016: 11-14-9 – 7th in MLS’ Eastern Conference, 14th overall in MLS (Did not qualify for playoffs)
Offseason evaluation: The Revs were relatively quiet during the winter period, suggesting the club is content with its current core. There’s unquestioned talent on the roster, especially in the attack, but the Eastern Conference side has to back up its lack of moves early in the season.
Key player: Kei Kamara – Considering his track record in MLS, seven goals after joining the Revs was surely a disappointing season for Kamara. He’ll have to do better in 2017 to compete with the beasts in the East.
Coach: Jay Heaps – The Revs have made the postseason in three of their last four campaigns, but with the attacking group that the team boasts, Heaps will surely feel some pressure if the club doesn’t start off right.
Vague 2017 prediction: Kamara, Nguyen and Fagundez. If those guys click, this could be a top four side in the East. 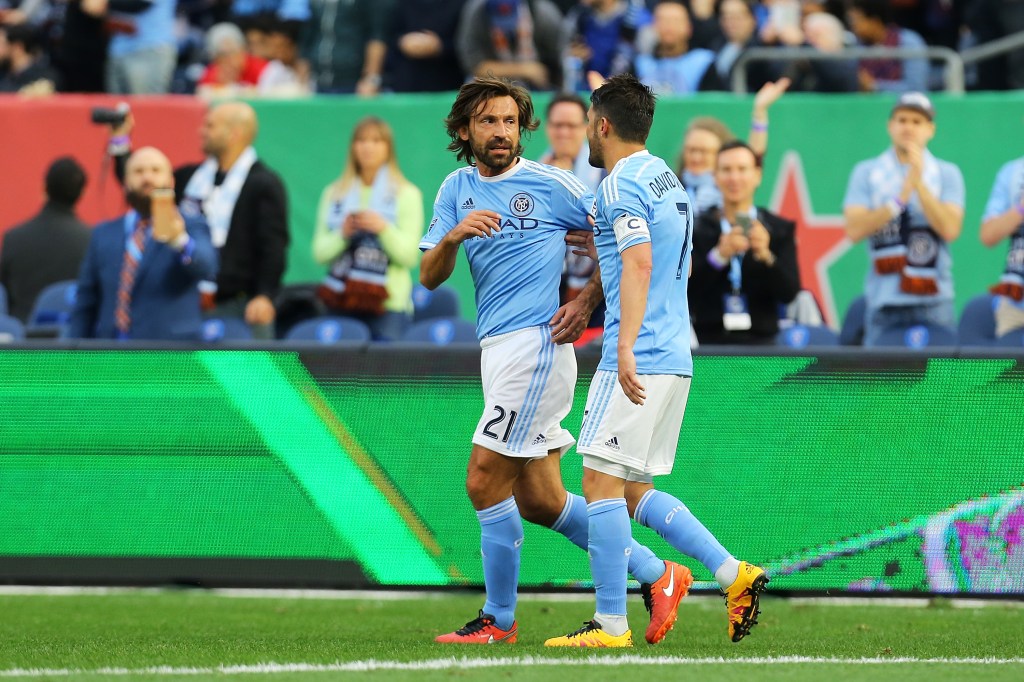 Record in 2016: 15-10-9 – 2nd in MLS’ Eastern Conference, 4th overall in MLS (Knocked out in MLS Cup knockout round)
Offseason evaluation: Losing Frank Lampard was a big blow, but Patrick Vieira and co. have done a fantastic job of bringing in younger options around the squad. The jury is still out on how the backline will look on opening day, but there isn’t really any question regarding how good the attack will be again.
Key player: Maxi Moralez – The club’s third DP has big boots to fill after Frank Lampard’s production last season, but the South American attacker has already brought big expectations and is expected to help easy David Villa’s load.
Coach: Patrick Vieira – The Frenchman has done everything he said he would in terms of bringing in a younger core. Now, it’s up to Vieira to grind out results for NYCFC in the regular season and beyond.
Vague 2017 prediction: This is surely a playoff team barring injury, but the backline will once again be the area to watch if they are to make a run. 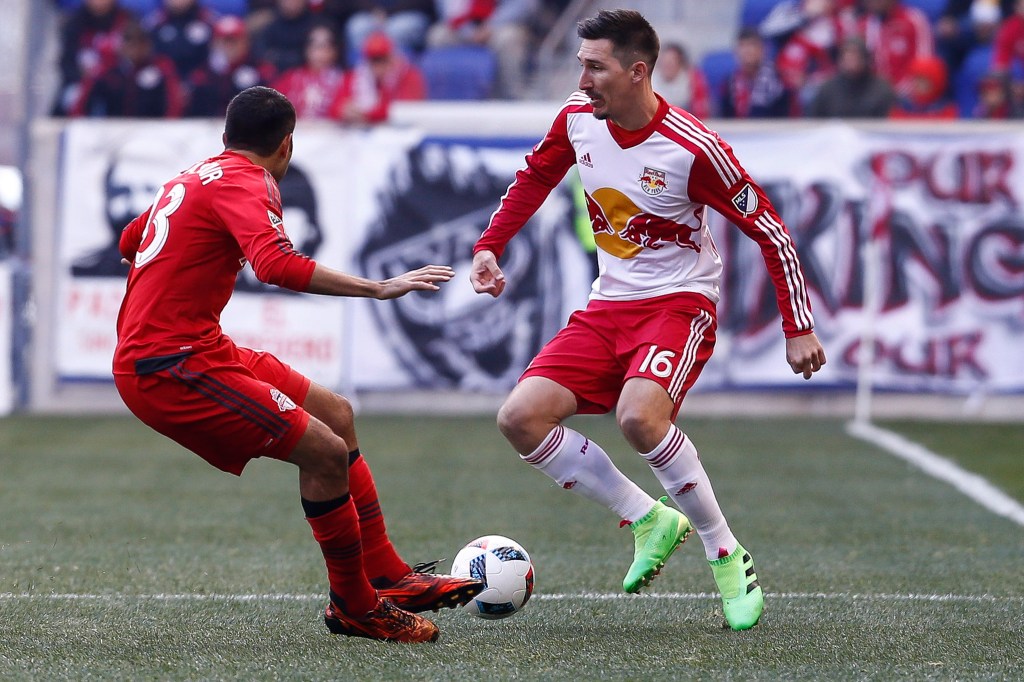 Record in 2016: 16-9-9 – 1st in MLS’ Eastern Conference, 3rd overall in MLS (Lost in MLS Cup knockout round)
Offseason evaluation: The Dax McCarty trade is still mind-boggling to some, but the Red Bulls were simply looking to get younger in the midfield. Sean Davis is a suitable replacement at defensive mid, and it’s now just up to the rest of the attacking players to support Bradley Wright-Phillips during the critical junctures.
Key player: Gonzalo Veron – It’s safe to say the DP hasn’t lived up to the billing just yet, but there is promise. Veron’s speed and technical abilities are fun to watch, and a potential partnership up front with BWP could be what the Red Bulls need to make a deeper run in the playoffs.
Coach: Jesse Marsch – Some of the events that transpired during the offseason are still a bit unclear, but Marsch has fully proven himself as a manager in his two seasons with the Red Bulls. Now, he just has to be focused on getting the team over the hump and into MLS Cup.
Vague 2017 prediction: Like NYCFC, this is a playoff team. How far they can go is left to be determined. 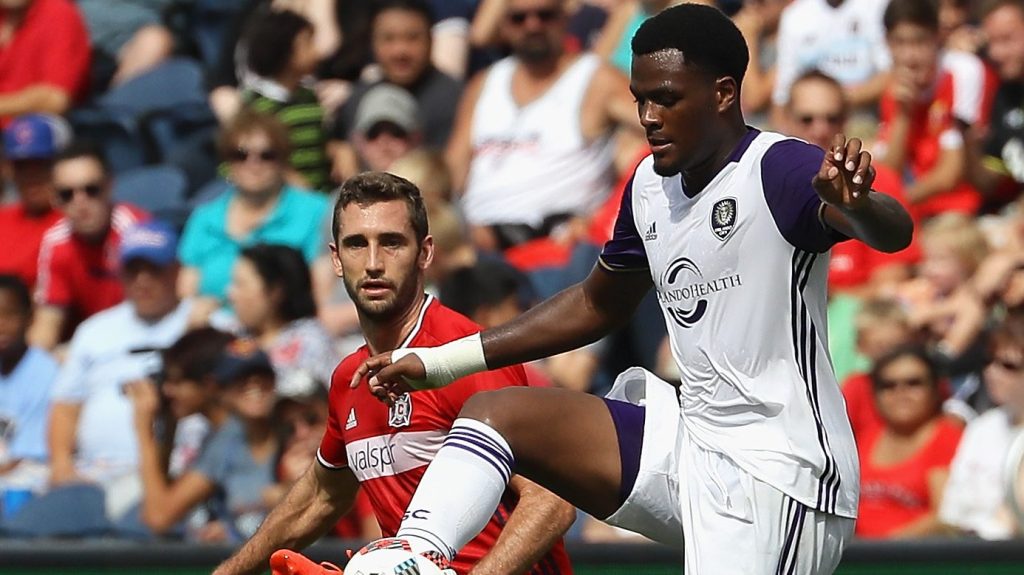 Record in 2016: 9-11-14 – 8th in MLS’ Eastern Conference, 15th overall in MLS (Did not qualify for playoffs)
Offseason evaluation: Adding veterans like Will Johnson and Jonathan Spector this offseason will do wonders for the Lions defensively, but now the club just needs to hold up without injury to prevent opposition from breaking down their backline after conceding a league-leading 60 goals a year ago.
Key player: Cyle Larin — One of the most exciting young attackers in MLS, Larin has done everything to entice the Orlando City fan base thus far. It’s up to the rest of his team to help support the Canadian to help the club reach its first postseason.
Coach: Jason Kreis – The former U.S. striker has the chance to manage from the start of the season, so this will be a real opportunity to see how he can take charge of the Lions.
Vague 2017 prediction: Again, it’s on the defense. If they can keep goals out, this is a playoff-worthy team. 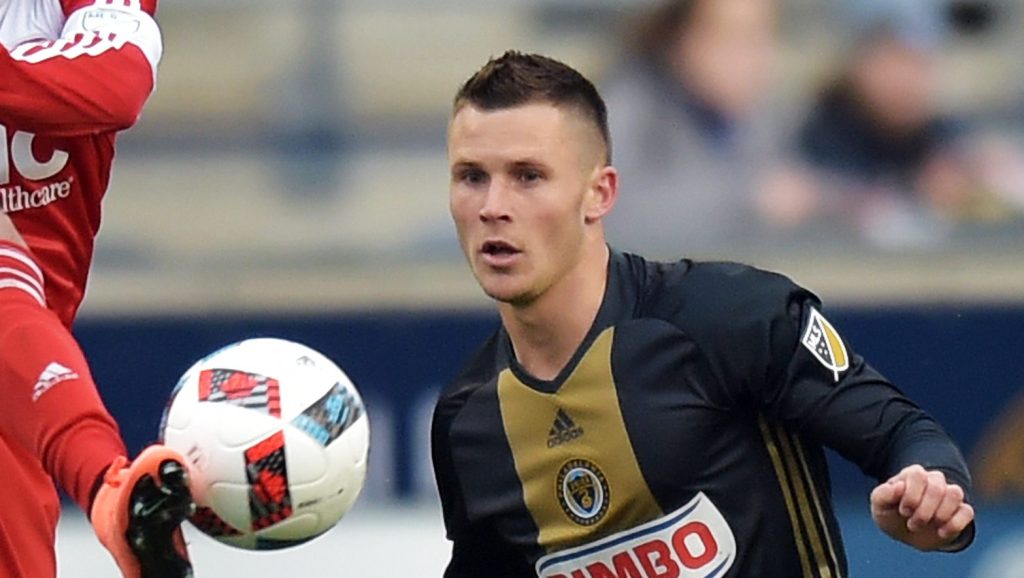 Record in 2016: 11-14-9 – 6th in MLS’ Eastern Conference, 13th overall in MLS (Knocked out in MLS Cup knockout round)
Offseason evaluation: Giliano Wijnaldum was one of the more underrated signings during the offseason for the Union, who can bring European experience to the backline, while Fafa Picault will be an intriguing American prospect to watch over.
Key player: Keegan Rosenberry – The Union struggled to keep goals out last season, largely due to injuries at the back. However, Rosenberry’s presence was a resounding bright spot, and his second MLS season could surely propel his USMNT stock further.
Coach: Jim Curtin – The Union boss has built a very strong roster both with youth and veterans, so it’s time to take the next step in 2017.
Vague 2017 prediction: Curtin and co. will be expected to reach the postseason, but they might still be a step behind the likes of Toronto, Red Bulls and NYCFC. 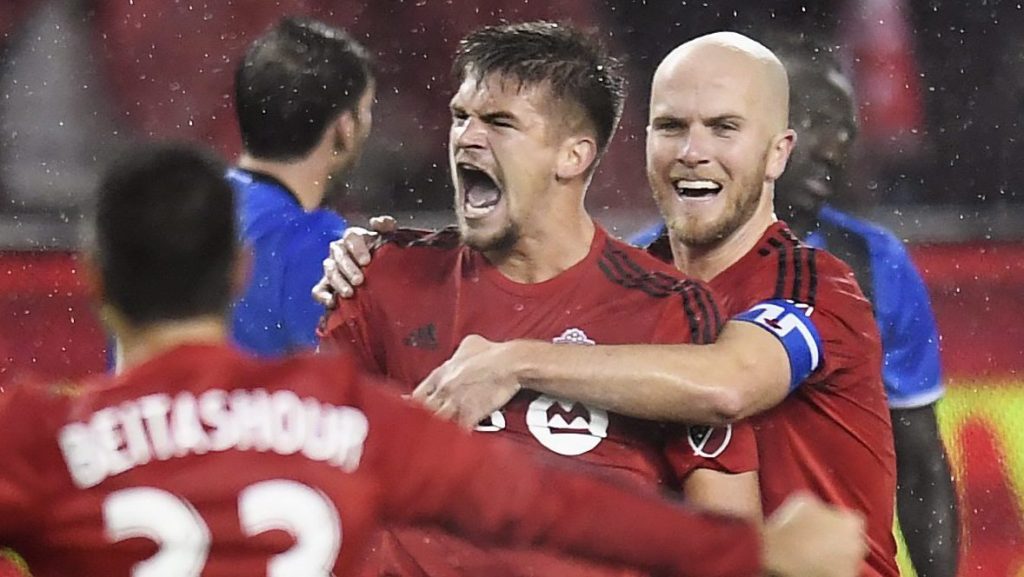 Record in 2016: 14-9-11 – 3rd in MLS’ Eastern Conference, 5th overall in MLS (Lost in MLS Cup final on penalty kicks)
Offseason evaluation: Losing a veteran presence such as Will Johnson is definitely a significant loss, but look at the rest of this Toronto roster and say it’s not scary. Can’t do it, right?
Key player: Jozy Altidore – The only question regarding Altidore over recent years has been his health. We saw last year what he can do when he is on the pitch, especially with someone like Sebastian Giovinco playing alongside him.
Coach: Greg Vanney – It’s pretty easy when you have the most dynamic player in MLS on your team, but Vanney has built a team that can last.
Vague 2017 prediction: Expect Toronto to be a contender to win the East for years to come. Oh yeah, and they should be among the favorites to hoist MLS Cup too.