The 2016-17 Premier League season is now over and it is time to look back at how all 20 teams fared.

Below you will find the first half of the PL analyzed (Arsenal though to Manchester City), with the second half here. 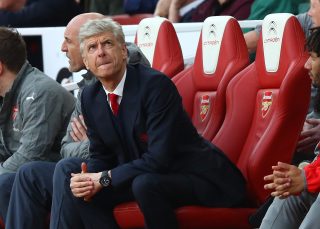 Final position: 5th (Europa League group stage)
Star man: Alexis Sanchez – Involved in 34 goals (24 scored, 10 assisted) Sanchez was the main man once again. He’ll likely move on this summer.
The Gaffer: Arsene Wenger – Speculation over his future dominated the entire season and the Arsenal boss admitted it cost them a place in the top four. A poor season by Wenger’s very, very high standards.
Mark out of 10: 5/10 – Not making the top four for the 21st consecutive season is the wake-up call Arsenal needed. Collapse after UCL exit to Bayern Munich costly and speculation around Wenger, Ozil and Sanchez impacted the whole team. Late surge couldn’t save them.
Season summed up in a word: Regression. 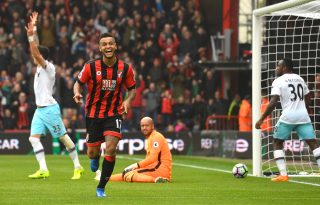 Final position: 9th
Star man: Josh King – The Norwegian was on fire in 2017, scoring 13 of his 16 PL goals. The big boys will come calling this summer.
The Gaffer: Eddie Howe – A fine job from Howe as he stuck to his philosophy even when a relegation battle looked likely. Strong finish cemented his status as one of the best young managers in Europe.
Mark out of 10: 8/10 – Their highest-ever finish as a club says it all. The Cherries shook off suggestions of a Sophomore slump and rallied late in the season. Third-straight season of PL despite getting some big transfer moves wrong.
Season summed up in a word: Progression. 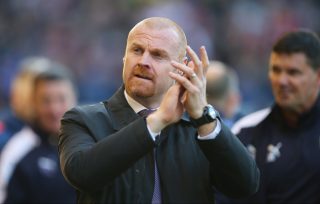 Final position: 16th
Star man: Tom Heaton – Will surely challenge Joe Hart for England’s No.1 jersey after a fine season. His goal was peppered with efforts but he was the star man on many occasions. Heaton led by example as the skipper.
The Gaffer: Sean Dyche – “The Ginger Mourinho” showed his class once again as he made Burnley tough to beat and worked wonders with limited resources. Expect to see him in the PL for many, many years.
Mark out of 10: 8/10 – With just one away win all season the Clarets relied on their home form and they turned Turf Moor into a fortress. Dyche and his squad learned from their previous exploits in the PL and adapted much better this time. Key addition of Hendrick in midfield worked superbly.
Season summed up in a word: Resilience. 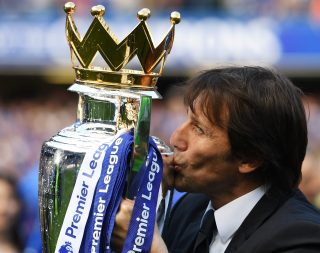 Final position: 1st (Champions League group stage)
Star man: N'Golo Kante – The PFA Player of the Year was sublime in midfield and he has now won two titles on the spin. Phenomenal athlete and wonderful soccer brain. He remains unassuming but is getting all of the credit he deserves. Azpilicueta, Luiz, Hazard and Costa all had fine seasons too.
The Gaffer: Antonio Conte – Italian maestro galvanized Chelsea early in the season and placed his side in a 3-4-3 formation to perfection. His first season in England couldn’t have gone any better.
Mark out of 10: 10/10 – Chelsea were the most efficient team in the PL and setting a record of 30 wins from 38 games says it all. Only one small wobble during the run-in and not having European action helped them dominate the PL. Ruthless.
Season summed up in a word: Dominant. 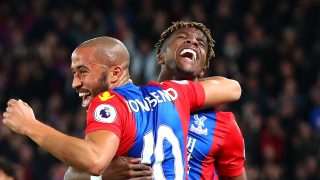 Final position: 14th
Star man: Wilfried Zaha – The winger is finally coming of age and in the second half of the season he was sublime. Wilf has the pace and power to terrify opponents and now he’s adding the goals and assists.
The Gaffer: Alan Pardew/Sam Allardyce – Pardew dismissed around the festive period with Palace in huge trouble. Allardyce struggled initially but marquee wins late in the season edged the Eagles away from the bottom three. Job done for Big Sam.
Mark out of 10: 5/10 – This expensively assembled squad massively under-performed with Benteke and Cabaye struggling. Big wins against Chelsea, Arsenal and Liverpool saved them and showed what they’re capable of.
Season summed up in a word: Shaky. 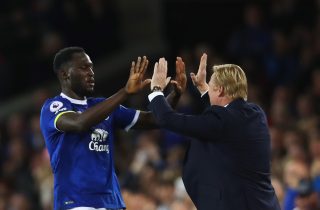 Final position: 7th (Europa League third-qualifying round)
Star man: Romelu Lukaku – The big Belgian scored 25 times in the PL but his future remains uncertain as Chelsea and others circle. Lukaku’s goals took the Toffees back to Europe.
The Gaffer: Ronald Koeman – A very solid first season at Goodison Park as Everton flirted with the top four throughout the campaign. Another summer of his buys and this will be a true Koeman team.
Mark out of 10: 7/10 – Overall a fine season for Everton. Not getting further in the cup competitions will have been annoying but being back in the Europa League was always the aim. Mission accomplished.
Season summed up in a word: Rebuilding. 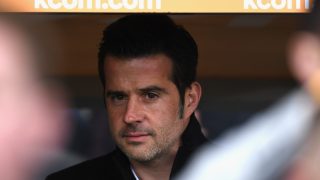 Final position: 18th (Relegated)
Star man: Harry Maguire – The marauding center back surely remain in the PL with another club. Handed the captains armband and excelled with perfectly-timed tackles and vital goals. Couldn’t do it all on his own.
The Gaffer: Mike Phelan/Marco Silva – Phelan didn’t really have a chance after Steve Bruce left before the season but started well before fading badly. Silva has been a revelation since arriving, somehow giving Hull a chance of survival as he wheeled and dealed, then made them into a solid outfit. The Portuguese coach is high on the list of many PL clubs this summer.
Mark out of 10: 6/10 – Okay, so the Tigers were relegated but they did better than most expected. They looked dead and buried for most of the season but a fine charge late on showed character and took things down to the penultimate weekend of the season.
Season summed up in a word: Valiant. 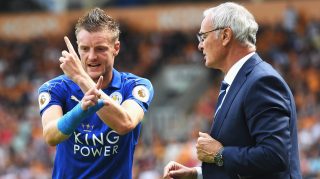 Final position: 12th
Star man: Kasper Schmeichel – The Danish goalkeeper was superb for most of the season and had to make a string of fine saves in Leicester’s fairytale run to the UCL quarterfinal. He gets better every season.
The Gaffer: Claudio Ranieri/Craig Shakespeare  – Such a shame that Ranieri was fired but Leicester were in freefall and heading for relegation under his guidance. Shakespeare steadied the ship but there’s still uncertainty over whether he will get the gig full time.
Mark out of 10: 5/10 – Never recovered from a poor start and although the UCL run took its toll, this squad underachieved massively compared to their title-winning campaign 12 months ago. This season showed what a miracle their PL title win was.
Season summed up in a word: Reality. 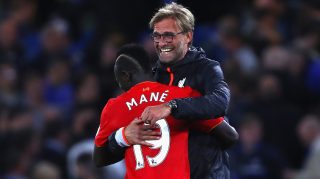 Final position: 4th (Champions League playoff round)
Star man: Sadio Mane – The Senegalese flyer was on fire whenever he played but after missing a large chunk of the season through AFCON duty and injury, Liverool fans will be wondering what could’ve been. Joint-top scorer with 13 goals and his pace adds an extra dimension to their attack.
The Gaffer: Jurgen Klopp – In his first full season at Liverpool the German coach delivered a Champions League return for just the second time in eight seasons. It looked like they might mount a title charge but defensive weaknesses cost them during a bad run in January.
Mark out of 10: 7/10 – This season could’ve been so much better for Liverpool had they not wobbled massively at the turn of the year. That said, they recovered well and achieved what many expected for them this season: a top four finish.
Season summed up in a word: Expected. 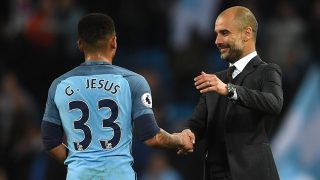 Final position: 3rd
Star man: David Silva – Wonderful season from the Spanish midfielder who not only created and scored goals but became the heartbeat of the team. Guardiola put all his faith in Silva and he repaid him. Perhaps his best-ever season at City.
The Gaffer: Pep Guardiola – A tough first season for Pep in the PL as defensive issues riddled City’s progress. Claudio Bravo and John Stones struggled with the free-flowing style expected in defense and this will have been a huge learning curve. First season as a manager without any silverware.
Mark out of 10: 6/10 – Given all the changes and the fact that City have an ageing squad, third place was fine. But that’s it. The UCL exit to Monaco in Round of 16 was a big disappointment, as was the FA Cup semifinal defeat to Arsenal.
Season summed up in a word: Average.