Christian Pulisic is only 18 years old. The fact we need to constantly remind ourselves of that fact says it all.

The Pennsylvania native has burst onto the scene in the past 12 months, becoming a star for the U.S. national team and Borussia Dortmund and is hailed as the next great star of American soccer after his first full season as a pro in the Bundesliga.

Rightly so. The kid is legit.

Speaking exclusively to ProSoccerTalk just two days after scoring his fifth goal for the USMNT in a 1-1 draw with Venezuela in a friendly, Pulisic was looking forward to the challenge of the U.S. facing Trinidad and Tobago and Mexico this week as qualifying for the 2018 World Cup in Russia has reached a crucial stage for Bruce Arena’s men.

Below is our chat in full as Pulisic announced his new partnership with Panini America.

You just won the German Cup, your first major trophy. You came off the bench and won the penalty kick which ultimately won Dortmund the game. What was that experience like?

It was incredible. After such a tough, tough season with so many ups and downs in my first full professional season, just being able to end it with a trophy was really special. I am just really happy to see all the excitement on the guys’ faces.

What are your thoughts on Thomas Tuchel’s sudden departure from Dortmund?

I was very thankful for everything he did for me, giving me the chance at such a young age and getting a start to my professional soccer career. It is something I will always remember him for and I am very thankful for that. It is tough when it happens in professional sports but now he is gone I think the team will be just fine with whoever we end up getting. 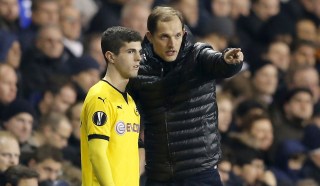 You featured in the UEFA Champions League for the first time this season, how do you rate Dortmund’s campaign?

It was always a dream for me to play in the Champions League. Getting that experience and that exposure against the biggest names and teams in the world, it was really amazing for me. I just learned so much so I am just going to take that and continue to bring it in my game and take it into next season when we are in the Champions League again. I am very excited.

As for future with Dortmund, you just signed a new deal and seem very happy. There was a lot of talk about you moving to Liverpool over the past two transfer windows, so is the Premier League somewhere you’d want to play in the future?

It was the biggest league I followed as a kid and watched. The league has a lot of players, and teams, I liked in the Premier League. Right now, it is not something I am looking to get into immediately or anything like that. I am happy at Dortmund and I am excited for the rest of my career.

Focusing on the U.S. national team, you scored your fifth goal at the weekend and you role is really developing on the team. How have the veterans — the likes of Clint Dempsey, Michael Bradley, Geoff Cameron, Tim Howard — helped you settle since you made your debut?

Those guys have been great to me. Obviously they mess with me a lot and stuff like that. It is pretty normal though, since I’m a young kid. I’ve learned so much with them giving me their feedback and what they see and helping me to improve not just our team game but me individually as well and what I can do to help the team. It’s been great learning from those guys and being able to play alongside them when I was just watching them a few years ago on TV!

With two huge World Cup qualifiers coming up, what would be a good points tally from the two games? And how much are you looking forward to the atmosphere at the Azteca on Sunday against Mexico?

I am really excited. My teammates can only tell me how crazy those games are but I got the experience of playing against Mexico once and it is all about going in there with the confidence and belief we can win and get three points there. If we go in with that mentality then we won’t have a problem. We are going to have to fight for 90 minutes and I feel confident we can do that.

In the past at ProSoccerTalk we spoke to one of your youth coaches about you. They said you’re big NBA fan and you love LeBron James. Is he your ultimate sporting idol?

Absolutely. He has been one of my biggest role models, even though it is not the same sport. It is amazing what he does in his sport and that he can dominate for so long and keep himself healthy and really under so much pressure, how he carries himself. That is what impresses me the most and so many people can look up to that.

With your partnership with Panini America, did you collect their trading cards during previous World Cups? Any players in particularly you had to collect and were idols?

It’s hard to say specifically which players I collected but I loved it, I still have a book at home of the cards I collected. Now, being able to see my face on a card is pretty special. 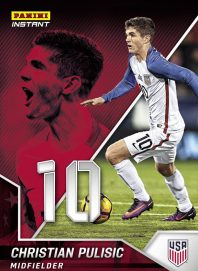 What are your targets for the next 12 months? Russia is on the horizon, so is your aim to be playing a leading role for the U.S. at the 2018 World Cup?

Absolutely. I like to set more short term goals and right now it is just to qualify for the World Cup and if we put all of our focus on that then people should definitely see us come 2018 in the World Cup.

Finally, what drives you each day to improve and do you let the hype get to you? Every day you must hear people comparing you to Landon Donovan and Clint Dempsey and hailing you as the “savior of US Soccer”

For me, it [the pressure] is really not difficult to handle. I put more pressure on myself than anyone else does, so I don’t need to look or listen to that stuff. It really doesn’t impact me. I just try to push on every day and with the support system I have in my family, I am just really happy to do what I love and to get the chance to do it every day is really special. 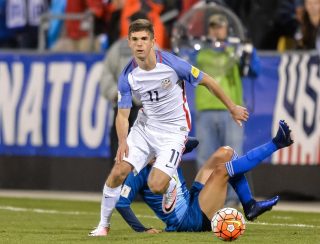