The 34-year-old Portugal center back has been a key figure for Madrid, one of the most intimidating – and on occasion volatile – defenders in Europe. But he said late Monday that he won’t be around next season.

Pepe has won with 15 trophies with the club, including three Champions Leagues and three Spanish league titles. But he has fallen out of favor with coach Zinedine Zidane.

A regular starter for most of his career, injuries and Zidane’s preference for Raphael Varane and Nacho Fernandez meant Pepe made only 18 appearances in 2016-17.

“I took the decision in January, when things weren’t going well. I saw that the club’s treatment of me wasn’t ideal,” Pepe said. “The policy of the club is to not offer players over 33 two-year contracts. So they only offered me one. There are ways to negotiate, but that way wasn’t right.”

“I liked Benitez’s sincerity. I identified with him because he is a very direct and honest person,” Pepe said. “What (Zidane) has done with Madrid has been spectacular, but there are things I don’t understand, that I can’t explain. I don’t know why I disappeared from the team.”

Despite losing his important role with Madrid, Pepe proved he was still among the very best defenders on the continent last year when he was Portugal’s most consistent player in its run to the European Championship title in France.

[ MORE: Lukaku knows his next stop ] 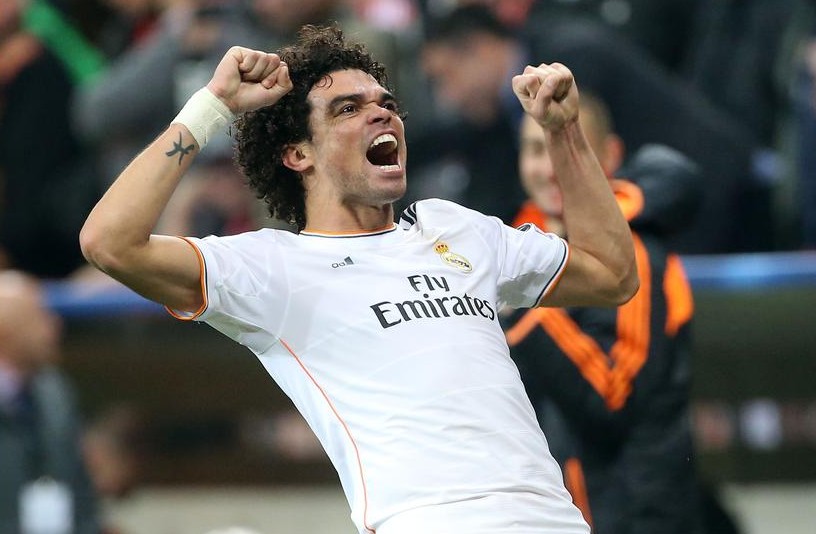 Pepe’s contract with Madrid expires on June 30. He has been linked to Paris Saint-Germain and AC Milan, and said he had at least one suitor “from England.”

Wherever he goes, he will take his reputation with him.

Pepe almost sabotaged his career during a match in 2009 when he repeatedly kicked and stomped on Getafe midfielder Javier Casquero while he was on the ground. Pepe was given a 10-match ban for the rampage.

Pepe managed to control his emotions during his final seasons with Madrid, but the Casquero incident and several other sendings-off will continue to haunt him.

“When I arrived, I defended Real Madrid tooth and nail. It was a difficult position to play. We center backs had to cover a lot of ground, and we had to be very physical with the opposing strikers,” he said. “What happened against Getafe marked my career, it defined me in Spain. People were left with that image, and what I did was very ugly.”

Even so, Pepe said he will take the good with the bad when he leaves Madrid.

“I am very proud of my years spent at this club, giving it my heart and soul,” Pepe said. “I finished my time at Real Madrid giving it all I had.”