The U.S. Men’s National Team completed the first half of its task on Friday night after pulling off a convincing win over Panama in World Cup qualifying, but their job is far from done.

Bruce Arena and Co. will have the next part of their challenge on Tuesday night when the Americans travel to Trinidad & Tobago.

Pro Soccer Talk caught up with former USMNT forward Brian McBride ahead of the crucial CONCACAF qualifier, while he works closely with Dove Men+Care and the Positive Coaching Alliance (PCA) to present the Dove Men+Care “Caring Coach” Award to a youth coach in December.

The 45-year-old, now an analyst for ESPN FC, also discussed his time in MLS, the league’s progression over the past two decades-plus and much more.

PST: Tell me about how you got involved with this Dove and PCA Alliance campaign and about what you’re trying to accomplish by introducing the “Caring Coach” award.

McBride: It all starts with these coaches for young players, and I think it’s really important to recognize them because youth soccer wouldn’t be possible without them. The youth level has had such a huge impact on my life. I really enjoy the relationship that I have with the Positive Coaching Alliance (PCA).

PST: Just from talking to other players in the past, it always seems like there’s a coach or mentor along the way that leaves a lasting impression on them and really finds a way to get the best out of them. Did you ever experience that?

McBride: I certainly had that. I think the coaching that I’ve had on the soccer side has been pretty awesome, but for me, the one that really stands out is my high school coach. It wasn’t necessarily the soccer coaching that made an impact. He made an impact on my life and talking through what’s important. He got me to think about things other than just sports and it’s something that will always stick with me.

PST: You’re someone that had the ability to play in 3 World Cups. What would be the ramifications of the USMNT missing out on a World Cup?

McBride: It would be a tragedy. I don’t want to think about the men’s national team not qualifying for a World Cup. I’m staying positive and thinking that they’re going to get a result tonight and make it.

PST: There have been comparisons to Landon Donovan and other former American players. First off, what have you seen from Christian Pulisic that excites you? And second, is it time to start acknowledging him not only as a top USMNT player but also on a global scale?

McBride: I think there hasn’t been a player like Christian Pulisic at the age he’s at that U.S. Soccer has produced. I say that knowing that to compare when Clint [Dempsey] was coming up versus when Landon [Donovan] was coming up to now Christian that these were different times. Soccer has grow to such an extent, not just in the United States, but across the globe where the comparison should always be to where he is at personally.

PST: We’ve seen trends throughout the years where we’ve had MLS-heavy and then European-heavy rosters with the USMNT. With many of the top players migrating back to the U.S. recently, what do you think that does for the long-term complexion of the squad?

McBride: It’s a good question because I believe there are things you learn from playing in Europe that are extremely important. It goes beyond playing to actually experiencing the culture and doing different things day in and day out during practice and then in your personal life. You’re under a magnifying glass and it makes you ultra-focused. The nice thing about guys like Clint [Dempsey], Michael [Bradley] and Jozy [Altidore] coming back was that they had been there long enough to experience it. They’re the types of players that have the ability to come back and create a European-type culture here in MLS. 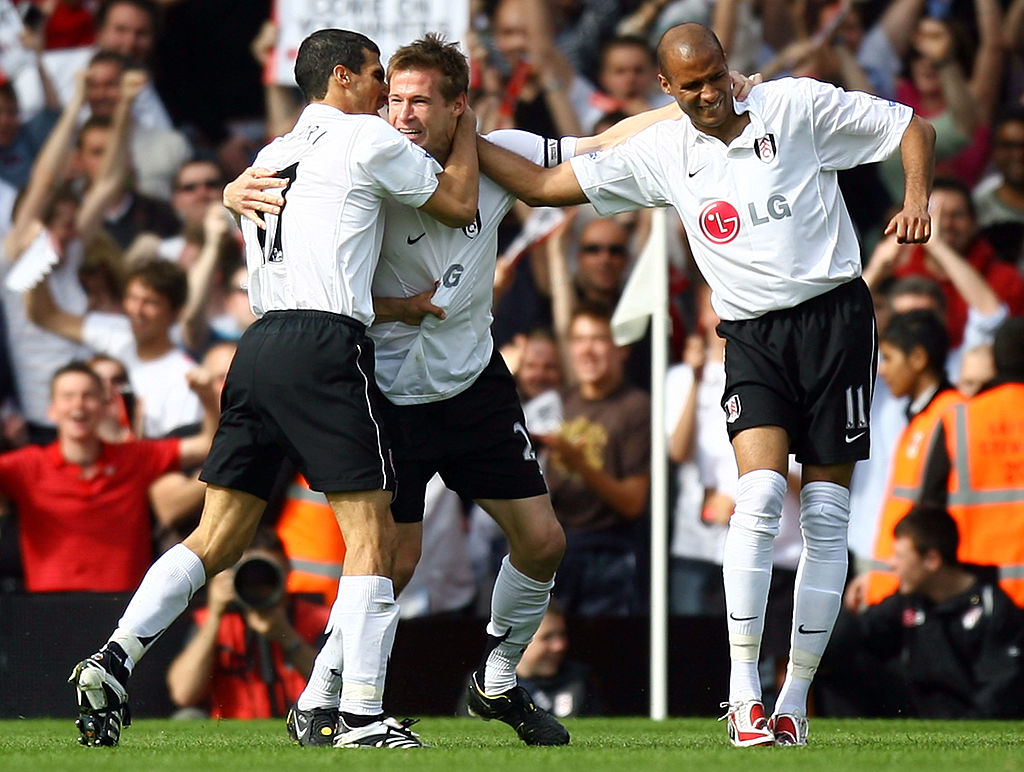 PST: How important is it for young players like Tyler Adams and recently Matt Miazga to break out of their MLS academies and into the European soccer scene

McBride: It’s tough because for me the question I’d look at is: ‘Are you ready?’ And when I say ready I don’t just mean physically, but the mental side of things, too. Many of these guys are going to countries where they speak a different language and you already have the cultural differences to overcome. If you have a support support system, you’re mentally prepared and you’re capable of pushing through the hard times to get past the initial trepidations then I think the player should go.

When I first went to Wolfsburg I wasn’t mentally prepared for what was going to happen. I had no idea what I was getting into. It affects you. It affects the way you play. You just have to be prepared for everything that comes with the challenge of moving like that.

PST: You had the chance to see MLS up close from the league’s inception. To you, how drastic has the growth been from when you started playing to here in 2017

McBride: It’s been immense. The MLS has grown a lot bigger than I thought for sure in terms of the teams we have and are going to have in the future. The biggest thing is the infrastructure that has been set up. When we started, we were training on a extracurricular field at Ohio State University. The grass wasn’t cut above our boots and then there were places where we didn’t even have grass. Now, you have immaculate facilities like Atlanta. It’s going to be a huge help in terms of growing the game and the growth of our players. The question of having too many clubs won’t really exist because you have the ability to pull up young players.

McBride: There has been so many teams, but certainly Atlanta because they didn’t have the ability to pull players up from a team that already has a following, like Portland and Seattle did. I think those two organizations were sort of the leading light in terms of expansion and then Atlanta took it one step further by building the team themselves. Adding guys like Carlos [Bocanegra] does wonders for the growth of the club. They’re doing all the right things and their owner is very involved, which reflects well in the view of the public. I think they’re a great example for future teams.

PST: I know you’re from the area and had the chance to play with the Chicago Fire during your career. How impressed are you with their turnaround this season and the additions the club has made to compete in the East?

McBride: It’s huge for the city. In my opinion, and maybe I’m a bit biased because I’m from here, Chicago is the best sports city in the United States. New York and Philadelphia and Pittsburgh won’t like me too much, but I grew up here so this is what I know.

I think that there’s a willingness in the city to support the club when it’s a winner and Andrew [Hauptmann] — club owner — deserves a lot of credit for their success now. He’s had his share of missteps in the past, but he’s righted his wrongs and now he has Nelson [Rodriguez] who understands the league and a coach that really understands the structure of the club. You can’t deny that Dax McCarty has been the most impactful player that has come to this team.

PST: How has the Premier League evolved since your time playing in England? Especially when you see teams like Leicester and Burnley making significant noise over the last few years, instead of the top six always dominating headlines.

McBride: I think that’s more of an anomaly. They have coaches that have a vision and a group of players that execute. You look at what Leicester did and they had every single player closing down the ball. You have to understand how to play together. Burnley has done that so far this season. I don’t see them sticking up there, but we said that about Leicester and look what happened.

The other thing I’ll say is that the money inside the Premier League right now is immense. That does carry a lot of weight. Look at Stoke pulling Jese this season. That’s huge for a club like them. Back in the day that wasn’t going to happen.

PST: What are your thoughts on how the PL title race is shaping up?

McBride: I picked Manchester City before the start of the season and they’re playing well enough right now to do it. I’m going to ride with them the rest of the way. Sometimes you change throughout the year, but I’m going to stick with them.