This is not a nightmare. It happened.

With the postmortem ongoing as the U.S. men’s national team failed to qualify for the World Cup for the first time in 32 years, in order to understand the USMNTs demise it is helpful to reflect on a excruciatingly bad qualifying campaign rather than just the embarrassing defeat at Trinidad and Tobago on Tuesday which acted as the final nail in the USA’s coffin.

Below is a look at all 10 World Cup qualifiers as the U.S. won just three games from their 10 matches in the Hex and lost to Costa Rica (twice), Mexico and T&T. 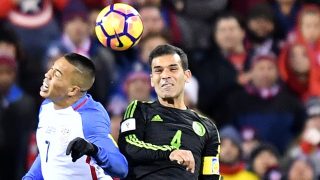 A late Rafael Marquez goal handed El Tri victory in Columbus, Ohio as the U.S. fought back well after Miguel Layun’s opener. Bobby Wood made it 1-1 and it felt like Jurgen Klinsmann’s side would push on and grab another win against Mexico in Columbus. Slack defending, which would become a theme of the next 12 months, then struck as Marquez nodded home. 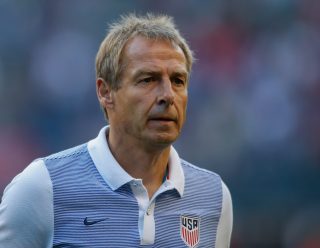 The game which ended Klinsmann’s reign. Several U.S. players simply threw the towel in as Costa Rica ran riot in San Jose. Johan Venegas’ goal right on half time tipped the game in Los Ticos’ favor and goals from Christian Bolanos and a brace from Joel Campbell in a devastating 10-minute spell meant the end for Klinsmann. Now we can think about it more, was Klinsi sacked too early? 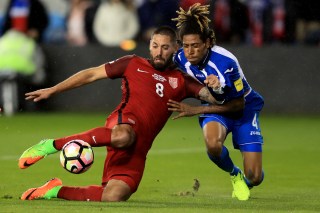 Bruce Arena’s first World Cup qualifying game in charge was a huge success. Clint Dempsey scored a hat trick, Christian Pulisic scored and starred as the U.S. led 4-0 at half time. Little did we know this was as good as it was going to get for the USMNT. 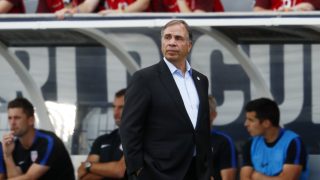 After fine work from Pulisic, Dempsey put the U.S. ahead in Panama but four minutes later Gabriel Gomez made it 1-1 and the U.S. held on for a point. On the scale of things, not a bad result away from home in a hostile stadium but just winning one of these close draws would’ve been the difference between the U.S. making the World Cup and not. 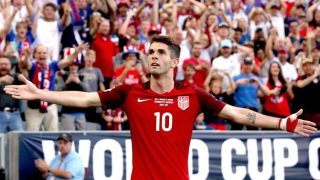 Pulisic led the team as he scored twice and the U.S. easily dispatched T&T in Colorado. At this point, it seemed like the U.S. would cruise through CONCACAF qualifying and easily finish third, at the very worst. 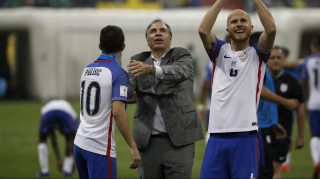 Bruce Arena mad multiple changes to his starting lineup and it worked at the Estadio Azteca. Michael Bradley’s incredible chip put the USMNT ahead early on but Carlos Vela equalized in the first half. Mexico battered the U.S. for large swathes of this game and Bradley spanked another fine effort just wide, while Hector Herrera’s fabulous free kick stuck the bar. A pulsating clash and Arena was lauded a tactical genius. 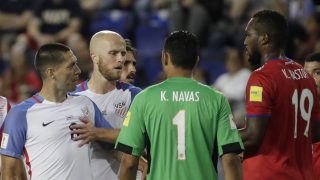 This is when things really started to unravel. A poor defensive display allowed Costa Rica’s Marco Urena to score in each half at Red Bull Arena and the U.S. were suddenly in a perilous situation in World Cup qualifying. The pressure was building. 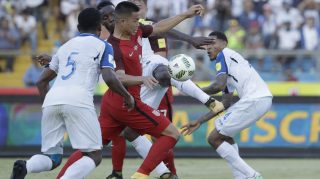 Somehow (don’t ask me how) the U.S. escaped San Pedro Sula with a point. Bobby Wood’s late equalizer looked to have given the USMNT a qualifying lifeline after they were dominated and another shaky defensive display saw them fall behind early on thanks to Romell Quioto’s curler. Then Wood popped up to spare the U.S. blushes and help them go into the final two qualifying games with destiny in their own hands. 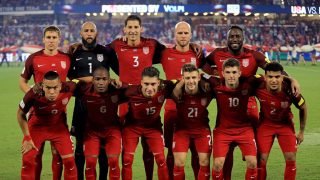 Christian Pulisic scored and assisted early on, Jozy Altidore scored twice and Bobby Wood finished things off with the U.S. totally dominating a stunned Panama side. This seemed like the win which had punched the USA’s ticket to the World Cup as they now only needed a draw in their final game at T&T to make the tournament… 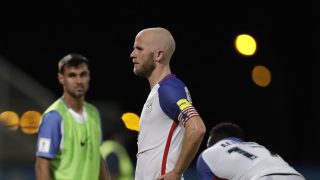 This was it. The scenario for the U.S. was simple: beat T&T, the whipping boys of the Hex, and you qualify for the World Cup. Heck, even a draw would virtually guarantee qualification in CONCACAF’s final automatic berth. The U.S. were 2-0 down after 37 minutes in the Ato Boldon Stadium with Omar Gonzalez shanking a clearance into his own net and Alvin Jones spanking home a beauty. Christian Pulisic scored early in the second half to give the U.S. hope and combined with