Two days on from the disaster in Trinidad and Tobago, I thought this would be easier to write: the USA will not be at the 2018 World Cup in Russia.

Damn. It still hurts. But it is, unfortunately, reality.

With huge watch parties in streets, bars and even stadiums across the U.S. for the 2014 World Cup, none of that will happen next summer as fans across America cannot support their own team. What the heck do you do now?

It is simple: pick another team.

[ MORE: Was is impact of USA missing the World Cup? ]

We know you’ll be watching every World Cup game religiously so you might as well have a team you really, really care about and also an extra reason to slam your desk super hard on a wet Tuesday morning throughout June and July is always helpful…

Here are some options on how to select your squad for the biggest show on earth next summer with 23 of the 32-team field currently confirmed. 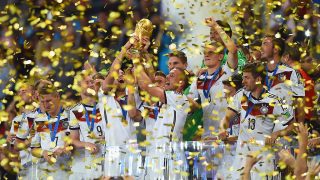 This is America, so we know how closely we are connected to the nations our ancestors were from. With that in mind, England, Poland, Germany, Italy and plenty of South (Brazil, Colombia, Argentina, Uruguay and maybe Peru) and Central American teams will be getting plenty of support in the USA next summer. Warning: get ready to be branded a bandwagon fan if you select the big European and South American nations…

2. Go for a plucky underdog so you’re not branded a “glory hunter” or “bandwagon fan”

What up, Iceland!? Nobody can accuse you of being a bandwagon fan because Iceland are the smallest-ever nation (population approx. 340,000) to ever qualify for the World Cup. Plus, doing the Viking thunderclap with tons of people is awesome. Other underdogs who are borderline hipster include Serbia, Northern Ireland (if they make it through their playoff) and Egypt. All great stories and all have a decent chance of causing upsets. 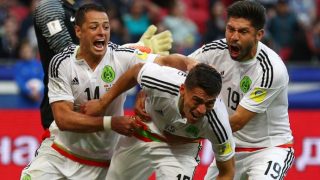 Well, we can’t beat them so we might as well join them… There is a very valid argument that CONCACAF teams doing well at the 2018 World Cup would be huge for the region moving forward. Mexico will have a massive fanbase Stateside, while Costa Rica and Panama are both fun to watch and the latter fully fall into the underdog category at their first-ever World Cup. Fans of all three of the CONCACAF teams at the World Cup will be spread all over the U.S. so you can at least watch games with their fans and feel like you’re part of it. Sad face.

4. Pick a team because of a superstar player

A self-explanatory one, this: 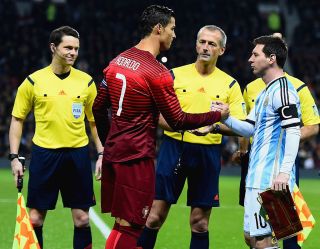 Write the name of all 32 teams who qualify on separate pieces of papers and put them all in a hat, jumble them up, pick one and, bob’s your uncle. Come onnnnnn, Belgiummmmm!