The Three Lions found out this week that they will be paired with Belgium, Panama and Tunisia in Group G for next summer’s World Cup, and we may now know the country’s kits for the tournament.

FootyHeadlines revealed leaked versions of the home and away kits for the 2018 World Cup on Friday, as England prepares for their trip to Russia in six months’ time.

England’s traditional white home jersey appears to be similar to it’s past kit designs, while the shorts are navy blue with red numbers.

Meanwhile, the red kit features a subtle Saint George’s cross donned across the front of the jersey, while the white shorts also have red numbers. 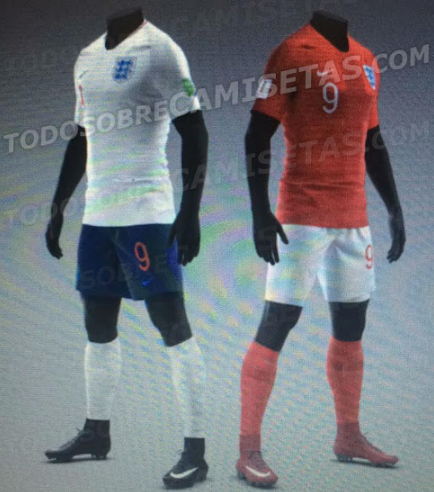 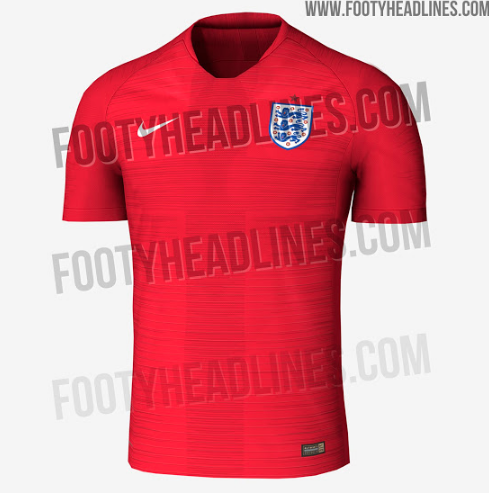 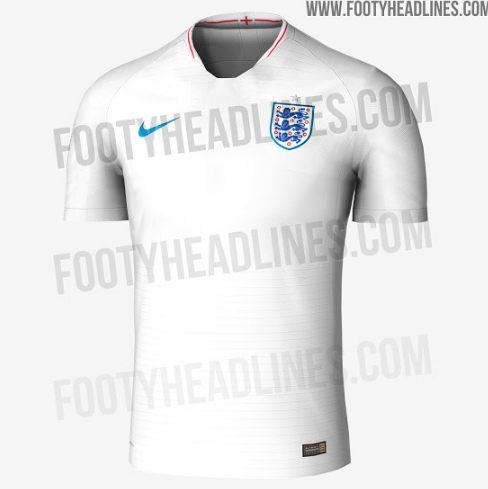 Gareth Southgate‘s side will begin play on June 18, 2018 when they take on African side Tunisia, before facing Panama on June 24 and Belgium to close out group play on June 28.