A new finance list has been compiled to rank the top 100 clubs on the planet in terms of their financial power. And there are plenty of surprises in this list.

[ MORE: Conte hits back at Mourinho ]

Soccerex’s report is based on the following factors:

Some surprises include Barcelona ranked in 13th place, the LA Galaxy in 14th ahead of Liverpool, Atletico Madrid and Borussia Dortmund to name a few European powerhouses, plus the New York Red Bulls, Seattle Sounders, New York City FC and New England Revolution all ranked inside the top 30 was slightly surprising.

The full list of the top 100 teams on the planet are below, while the full report from Soccerex is here.

It is always very intriguing to see these kind of reports as many others only take into account the total revenue of a club when calculating its value. 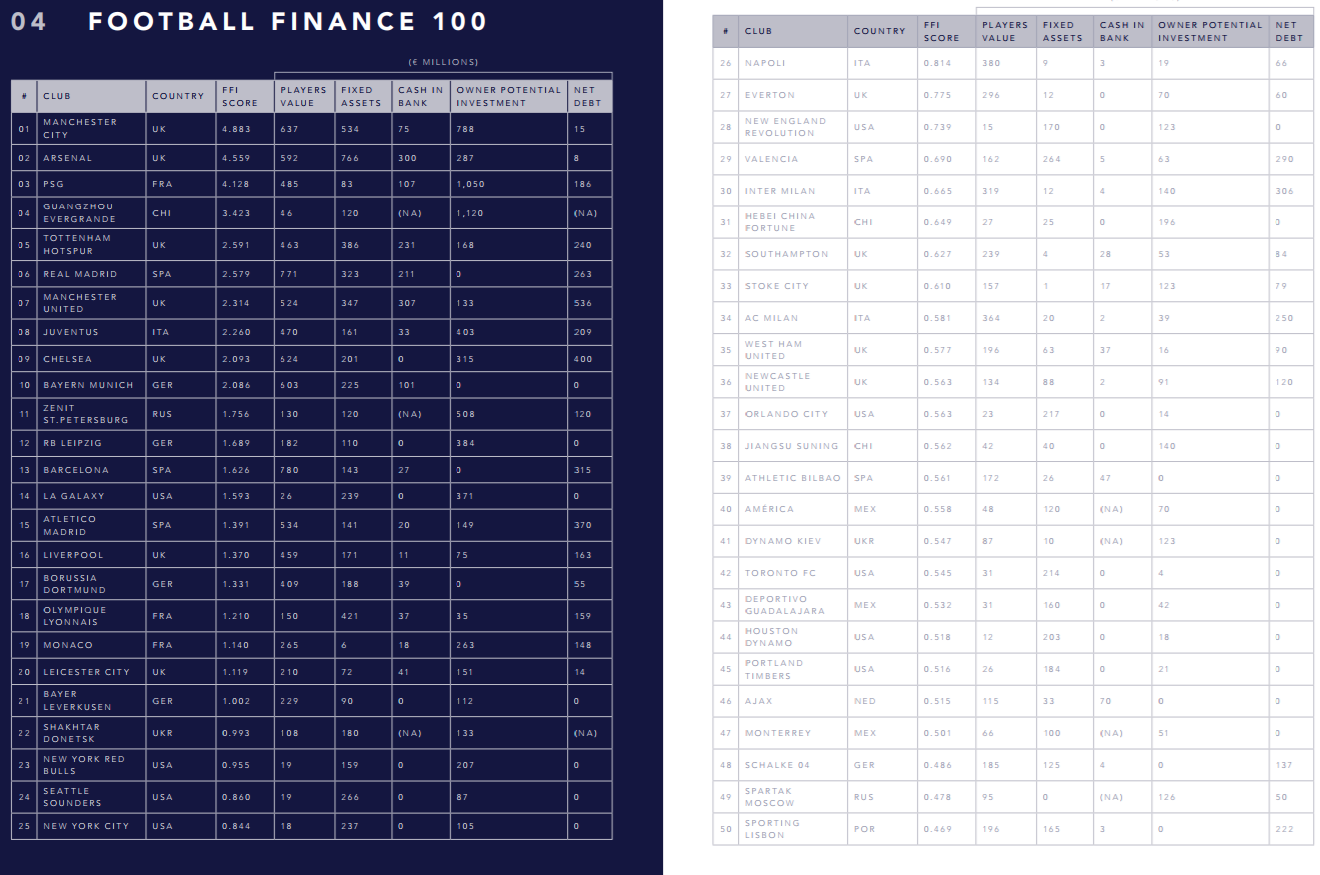 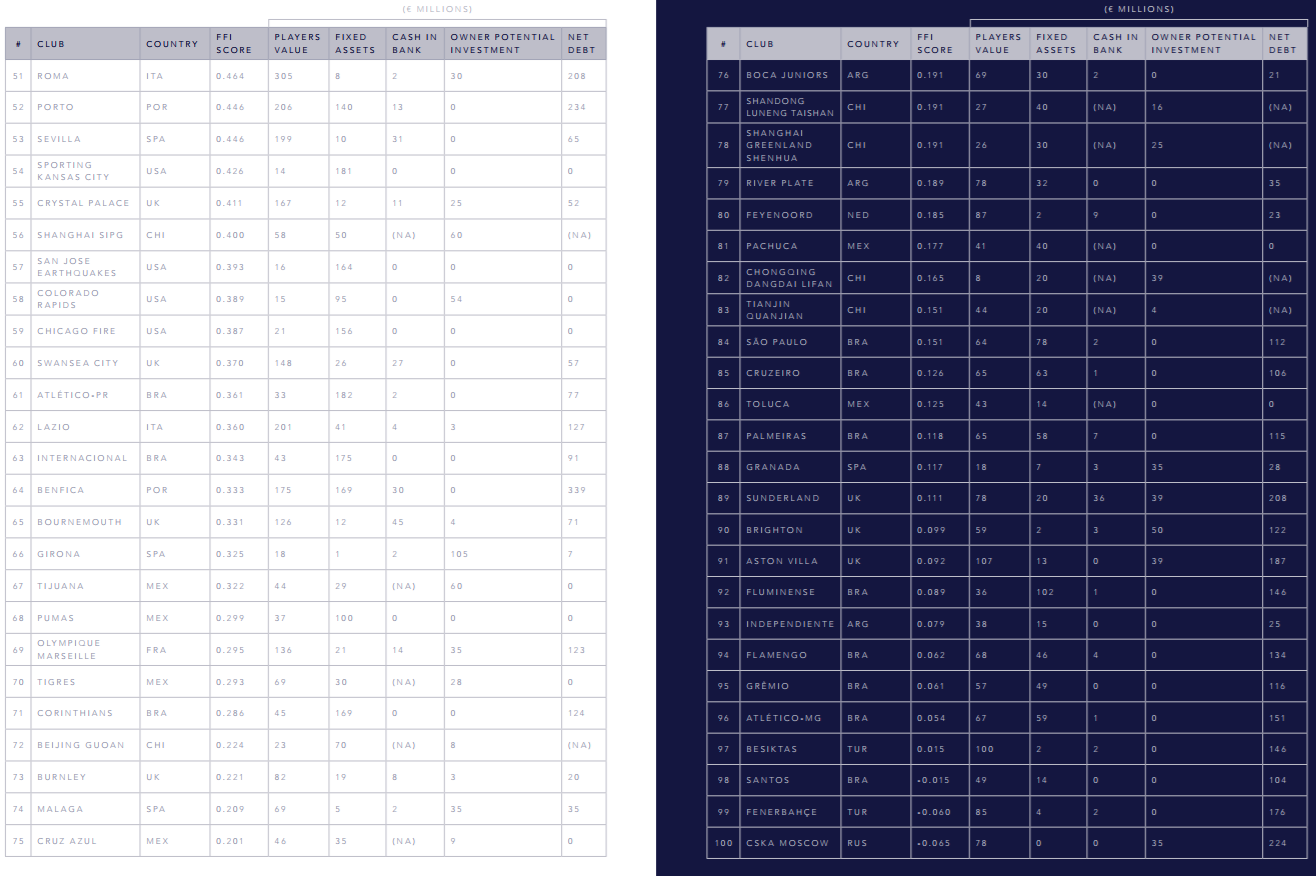