With a record $596.7 million spent on new players by Premier League clubs in January, there are plenty of new faces who are either settling in at their new clubs or they’re about to.

Remember: the term “panic buy” was invented for the January window…

1. Pierre-Emerick Aubameyang (Dortmund to Arsenal, $79.6 million) – The big man should be a big player for Arsenal for many years to come and he joins as the reigning top goalscorer in the Bundesliga with a reputation for holding the ball up and finishing chances clinically. Auba’s arrival is a big boost for the Gunners and it will be intriguing to see if Lacazette lines up alongside him.
2. Daniel Sturridge (Liverpool to West Brom, loan) – Could prove to be the signing of the January window, if he stays fit. Sturridge’s pedigree as a supreme goalscorer is undoubted but he had no chances of regular minutes. Fair play to him for rolling up his sleeves in a relegation battle at West Brom rather than joining Inter Milan or Sevilla. He needs to play well, and scored goals, to work himself into England’s 2018 World Cup squad.
3. Alexis Sanchez (Arsenal to Man United, swap) – We all know about Sanchez’s quality and once Mourinho finds the perfect place for him in the lineup, he will flourish. He could perhaps do his best work centrally behind Lukaku before drifting out wide. Huge wages, but a swap deal for Mkhitaryan represented a wonderful deal for United. 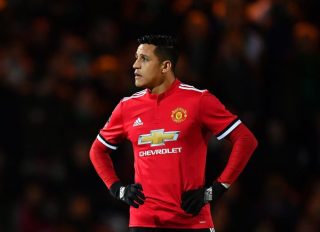 4. Lucas Moura (PSG to Tottenham, $32.6 million) – This one flew under the radar on Deadline Day but could be the biggest bargain of them all. The former Real Madrid winger can rip opponents apart but was out of favor at PSG despite his best mate Neymar urging him to stay, The Brazilian winger will expect to start right away at Spurs.
5. Theo Walcott (Arsenal to Everton, $28.4 million) – Two goals and an assist in his first two games for Everton is a very tidy return and Walcott is another player hungry to get back into the England squad ahead of the World Cup. That’s good news for Everton and he’s made a flying start.
6. Fousseni Diabate (Ajaccio to Leicester, $2.55 million) – Another gem from France’s second tier for the Foxex as Diabete scored twice during his debut in the FA Cup and could be a replacement for Riyad Mahrez, long term. Pace, power and trickery, Diabete should slot into life in the PL very easily.
7. Joao Mario (Inter Milan to West Ham, loan) – Looks like an inspired loan deal until the end of the season with Mario being named Man of the Match on his PL debut. The Hammers may have finally replaced Dimitri Payet…

1. Cenk Tosun (Besiktas to Everton, $38.3 million) – It appears that Besiktas have had a bit of a touch with this deal. Everton were desperate to bring in a new striker at the start of the window and they overpaid for Tosun. The Turkish striker has 64 goals in 124 games for Turkey but in his first few appearances for Everton he has looked off the pace.
2. Andre Ayew (West Ham to Swansea City, $25.5 million) – Bit of a strange deal this one. Andre Ayew didn’t want to move back to Swansea for most of the window, then all of a sudden he did. Swansea have paid a club-record fee for an injury prone striker who scored nine PL goals in 43 appearances for West Ham over the past two seasons. Hardly prolific.
3. Henrikh Mkhitaryan (Man United to Arsenal, swap) – Something about this just tells me it won’t quite be the success we all think. Yes, Mkhitaryan has his buddy Aubameyang with him, but there’s a lot of expectation on his shoulders. Failed to take games by the scruff of the neck at United over the last 18 months. 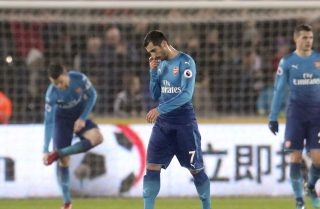 4. Guido Carrillo (Monaco to Southampton, $27.1 million) – A little harsh based on two sub appearances for Saints, but he didn’t exactly rip it up at Monaco. It appears the Ligue 1 club were quite surprised to see Saints spend a club-record fee. Pellegrino is desperate for goals but Carillo averages 1 every four  games in his career.
5. Ross Barkley (Everton to Chelsea, $21.3 million) – Looks a shadow of the player he was at Everton 18 months ago and Barkley’s career is in serious danger if it carries on in this trajectory. Is he going to be another promising Englishman who ends up on the Chelsea scrapheap?
6. Alex Pritchard (Norwich City to Huddersfield, $15.6 million) – Lot of pressure on his shoulders as the club-record signing and has so far struggled to settle into a struggling Terriers side.
7. Leonardo Ulloa (Leicester to Brighton, loan) – This move seems to be all about nostalgia. Yes, Ulloa is an aerial presence, but is he really better than Glenn Murray and Tomer Hemed? Probably not.