The United bid to host the 2026 FIFA World Cup appears to be very much in jeopardy, but the structure of the jointly-held competition continues to be revealed bit by bit.

While the USA, Mexico and Canada are in a tough fight against Morocco — the only other nation currently bidding on the 2026 World Cup — the official bid for North America has revealed that the final would be held in New Jersey at MetLife Stadium if the United bid is selected.

[ MORE: How will USMNT line up against Paraguay? ]

The New Jersey-based stadium has hosted various major soccer events in the past, including, the 2016 Copa America Centenario final contested by Argentina and champions Chile.

Atlanta boasts a newly-developed Mercedes-Benz Stadium — which opened in 2017 to Atlanta United and the NFL’s Atlanta Falcons. Meanwhile, Dallas features AT&T Stadium — which is home to the Dallas Cowboys and holds a capacity of over 100,000.

The bid — which announced 23 cities across the U.S., Mexico and Canada on March 15 — was officially submitted to FIFA on March 16 for approval. 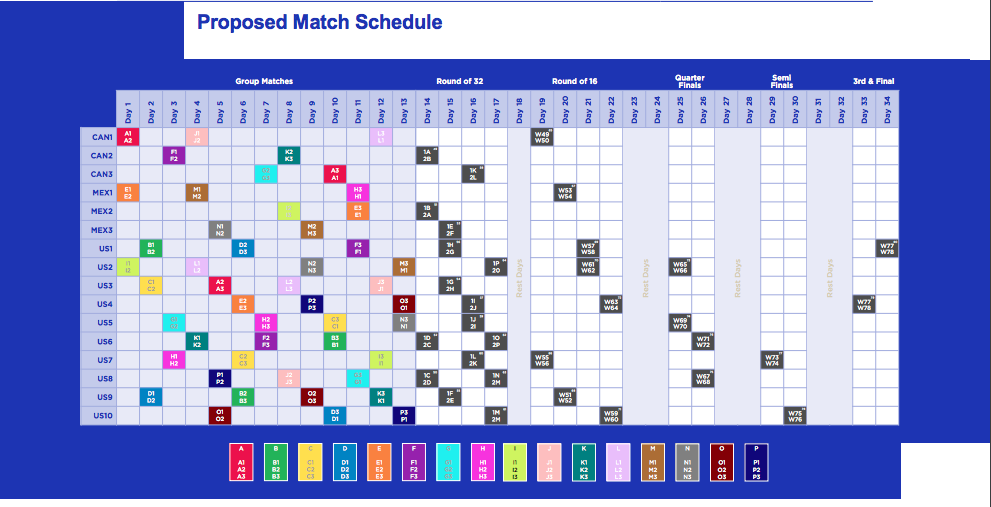 With the tournament set to expanded to 48 teams by 2026, the bid has proposed that Canada and Mexico each host seven group stage matches and an additional three knockout round matches (two in Round of 32, one in Round of 16).