Premier League clubs raked in the cash during the 2017-2018 season as television revenues continue to grow.

The Premier League released its financial figures on Thursday of how much every club received from the league this season, and the final amount totaled more than $3.2 billion. It’s no wonder so many folks are trying to invest in the Premier League.

Despite finishing in second, Manchester United took home the most cash, earning more than $202 million from the league. But even last-place West Bromwich Albion took home a total of $127,899,164 million, proof that even in relegation clubs end up with a cash windfall.

[READ: Who would have made the #USMNT’s World Cup squad] 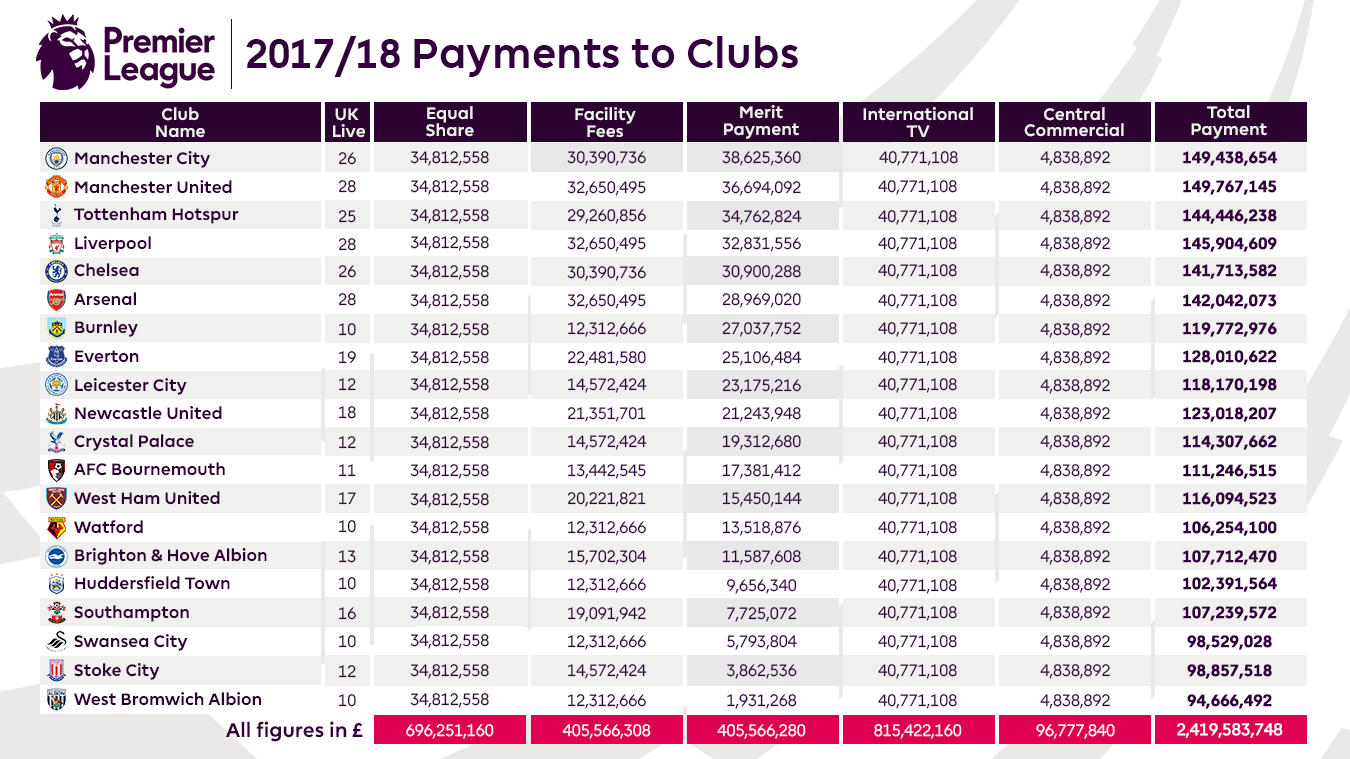 The totals differed with merit payments, which was determined on the team’s finish in the table, and facility fees, which is a portion of how many games were broadcast by UK networks at a team’s stadium.

The totals are the latest sign that the game is alive and well in England, with international TV rights expected to grow in the future. Clubs now have even more money to spend, whether on training facilities, stadium upgrades, or on salaries and transfer fees.