This is a very intriguing way to look at the 32 teams who will play at the 2018 World Cup this summer.

Via betting website Oddsmonkey, they’ve assessed the transfer value of each playing squad and France have come out on top.

The average value of a player in Didier Deschamps’ squad is $56 million, with the total value of his 23 players a staggering $1.29 billion.

Spain are a close second, while Brazil, England and Germany make up the top five in terms of the value of their players. To give us a closer idea of the huge gulf in value heading into the World Cup, the nation with the lowest squad value is Panama.

Below is a look at the list in full. 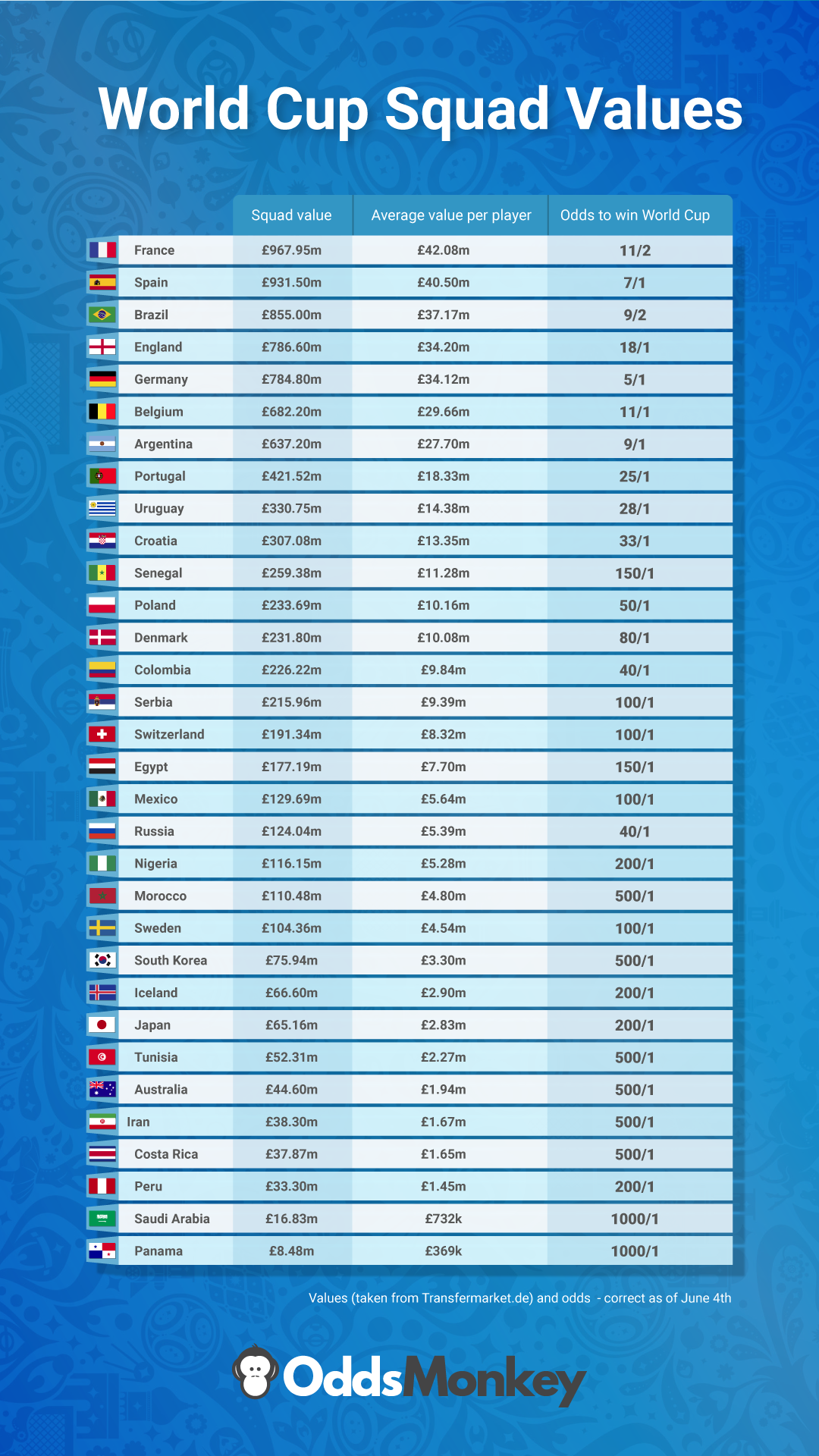