Juventus has released a strong statement of support in response to the rape allegations against star forward Cristiano Ronaldo.

The Serie A giants laud Ronaldo for his professionalism and dedication, while saying the 2009 allegations “do not change this opinion, which is shared by everyone who has come in contact with this great champion.”

That’s an extremely firm backing of Ronaldo despite detailed allegations brought by Kathryn Mayorga of the United States.

At the risk of editorializing too much on a very sensitive story, a person can both be very professional and dedicated at work and be not great away from work. Just saying, Juve. 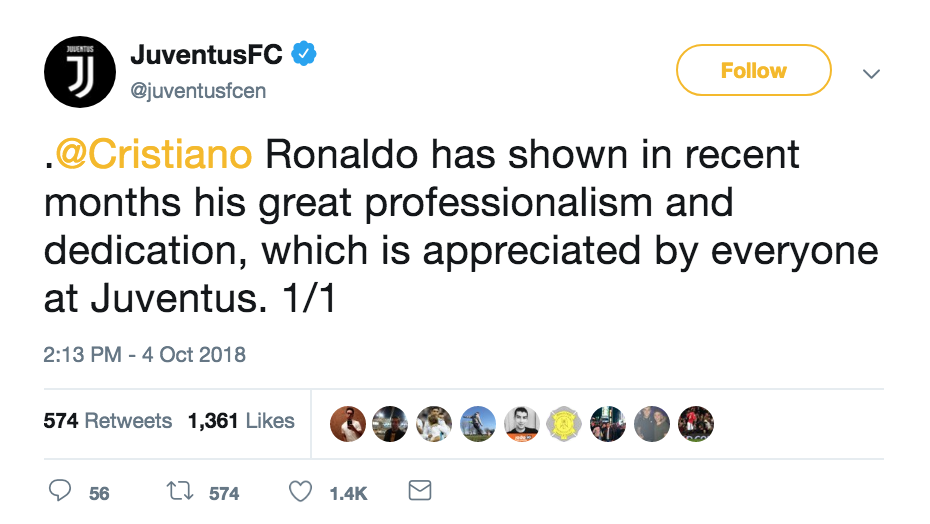 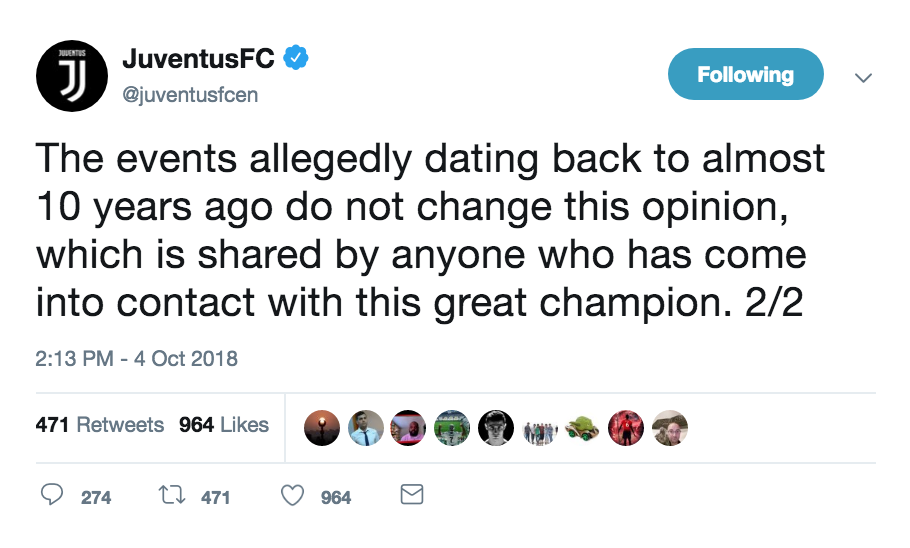