A new way to look at the value of sports teams has emerged, with the POWA Index ranking the real-time commercial impact of sponsorship for the top teams on the planet across all sports.

POWA say there are “the world’s first data-driven, real-time sports sponsorship valuation engine” as they provide valuations based on “traditional media, digital platforms and fan interactions” for sporting brands across the globe.

In their findings, one thing is clear: the Premier League clubs owned by U.S. businesses or individuals are doing very well.

Liverpool, Manchester United and Arsenal are all in the top 10, with the Premier League as a whole in fifth spot just behind the NFL. The giants of Real Madrid and Barcelona sit in second and third, with the NBA sitting in top spot as things stand.

Overall, close to 50 percent of the top 50 teams in this list are run by U.S. backed organizations, which shows the strength of their ability to turn a team into a strong sponsorship brand.

However POWA Index Commissioner, Michael Flynn, believes that traditional U.S. Sports leagues will start to follow in the footsteps of the Premier League and La Liga when it comes to sponsorship deals and opportunities.

“A thorough review of the POWA Index shows that each of the leagues and clubs worldwide has its own set of strengths and challenges. The US has always been a pioneer in the commercialisation of sport but the sponsorship market is becoming increasingly global. In the next few years these rights-holders are likely to be both collaborators and competitors in the sponsorship market as the NBA, NFL and MLB seek to follow European football rights-holders in expanding their global fan-bases.

“In parallel, the 13 soccer rights-holders in the POWA Index top 20 have their eye on the US-market, with annual summer tours in the region, La Liga planning regular season games, and the FIFA World Cup due to be staged in North America in 2026. It’s a fascinating era for the sponsorship market, which is why we created the POWA Index as a real-time scouting system to help our subscribers learn lessons right across the global sports landscape.”

Take a look below at the current top 20 for October, with the POWA Index being updated regularly right here. 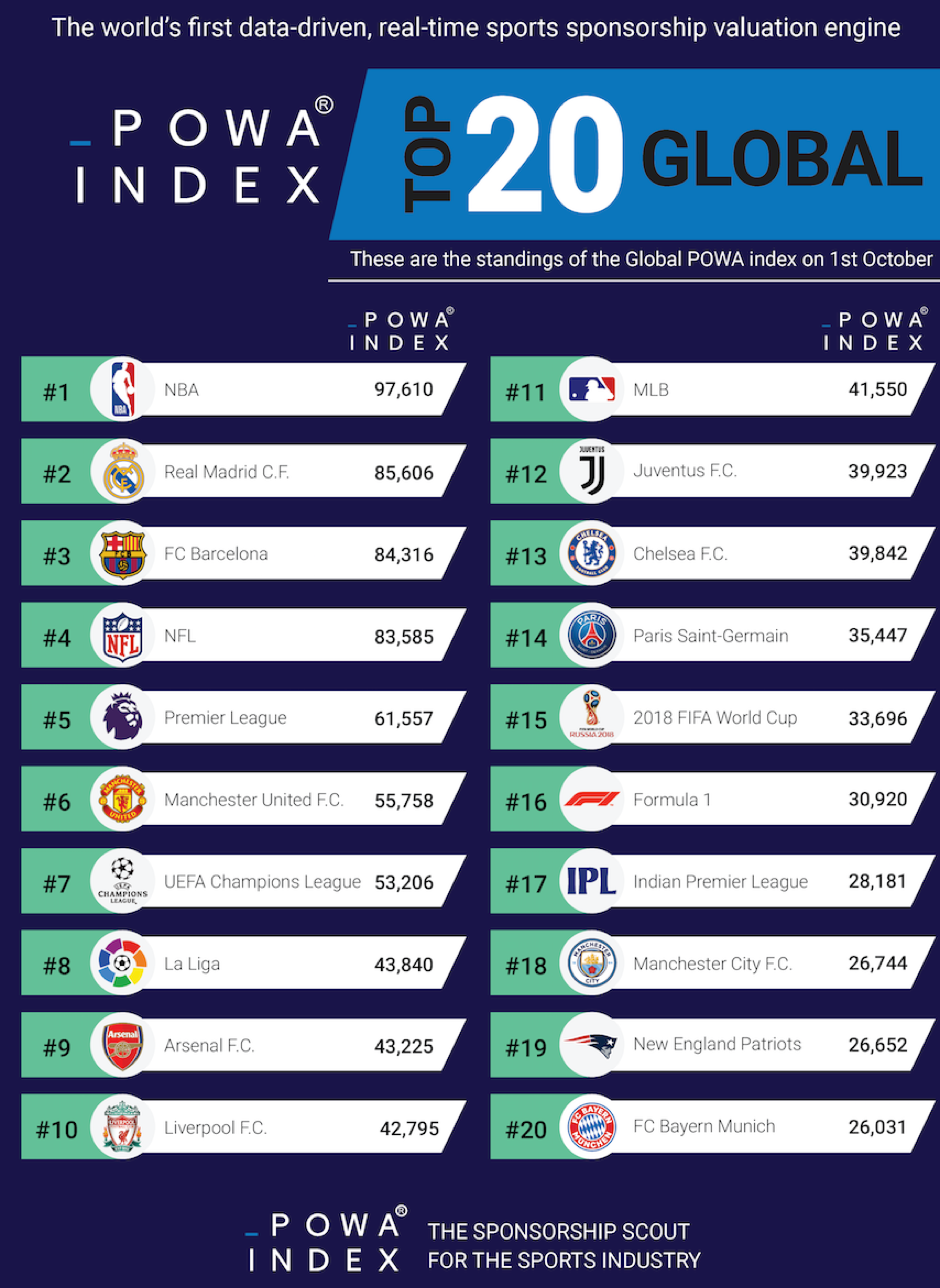 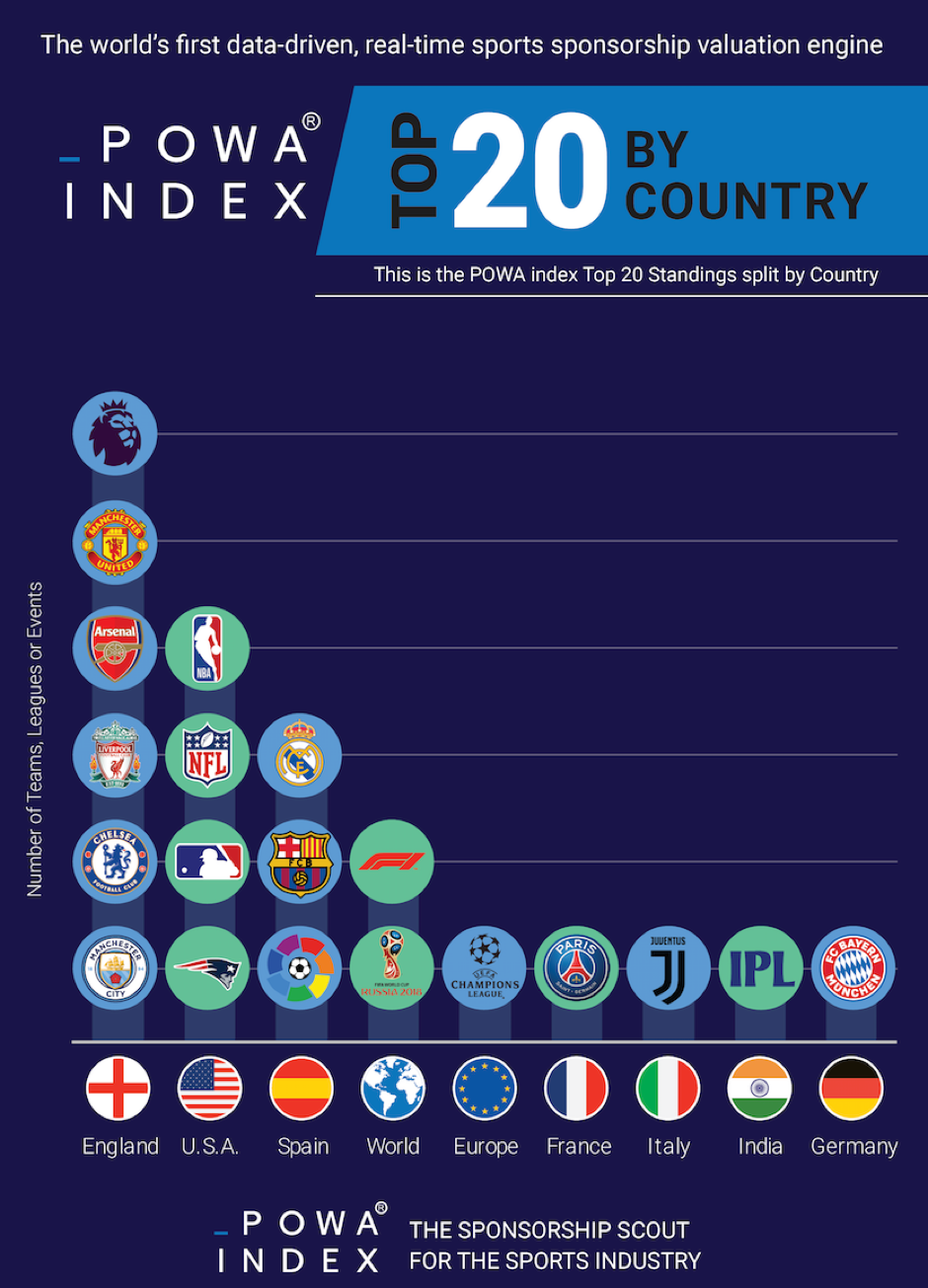