Who’s in and who’s out? Well, that picture has become a lot clearer after the weekend slate of games in Major League Soccer.

Four teams in the Eastern Conference have confirmed their place in the 2018 MLS Cup playoffs, while three teams in the West have made it ahead of the final few weeks of the regular season.

The scrap for the final four playoff places is set to go down to the wire with just two regular season games remaining for the majority of teams. And remember, the tiebreaker rules in MLS if teams finish on the same number of points are the following:

So far, Atlanta United, New York Red Bulls, New York City FC and the Philadelphia Union have clinched their spots in the East, while FC Dallas, Los Angeles FC and Sporting Kansas City have made it from the West.

The winners of those games will then advance to the conference semifinals to face one of the top two teams from the regular season standings.

Below are the scenarios for each conference listed out, plus the current standings, with so much to play for in the final days of the season. 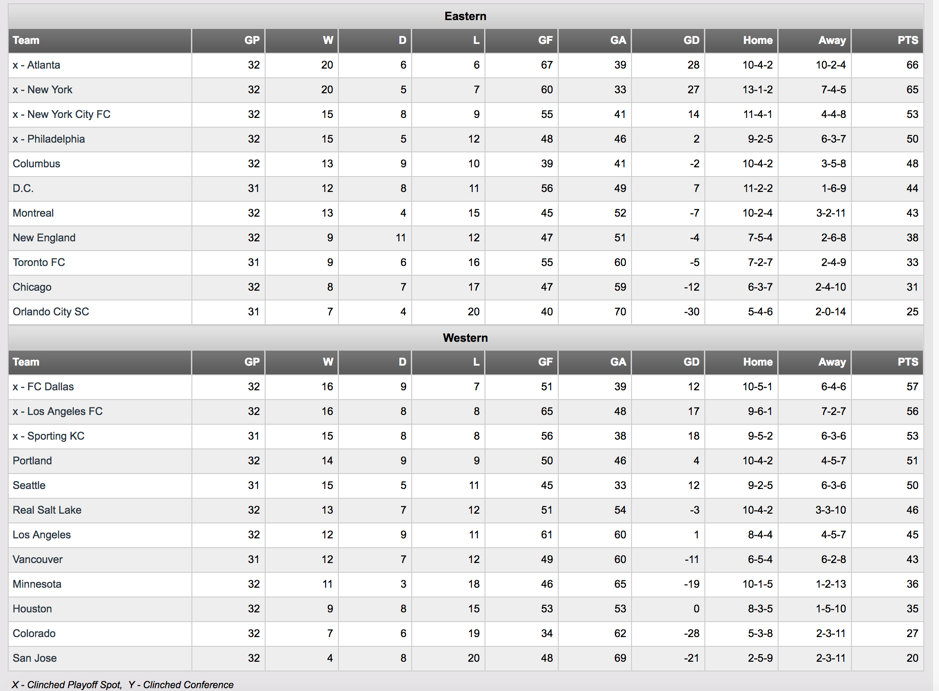