We all know transfer fees are sky-rocketing year on year, but how much are players really worth across the top leagues?

The guys over at CEIS Football Observatory have calculated the current transfer value of players in the top five leagues on the planet, with the club and league they play in, age of the player and length of their contract used as indicators as to their current market value.

CEIS released their list on Monday, with the Premier League having 16 players valued at over $115 million, more than any other league. Harry Kane, Raheem Sterling, Mohamed Salah, Romelu Lukaku and Leroy Sane are all in the top 10, while in the top 27 players Brazil (6) lead the way with the most players from a single nation, and they are closed followed by France and England (5 each).

As for the U.S. men’s national team, they have one entry in the list: Christian Pulisic who is on loan at Borussia Dortmund after completing his move to Chelsea last week for $73 million.

Below is a list of the top 100 most valuable players in the world. 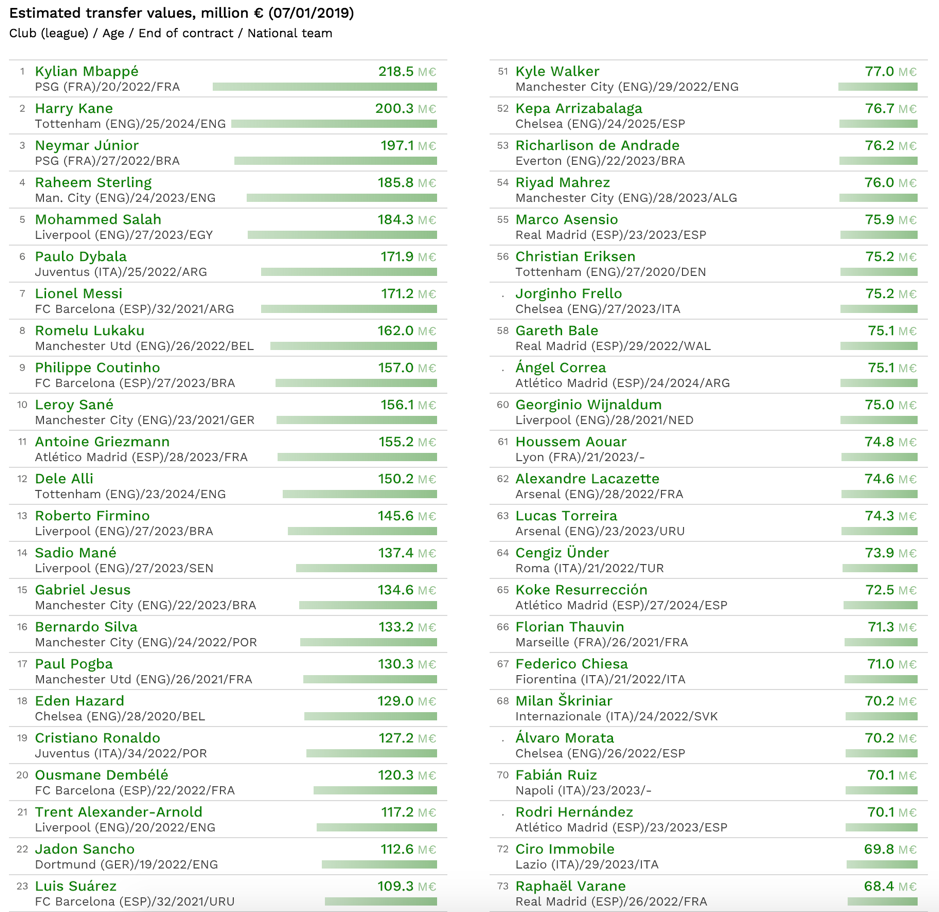 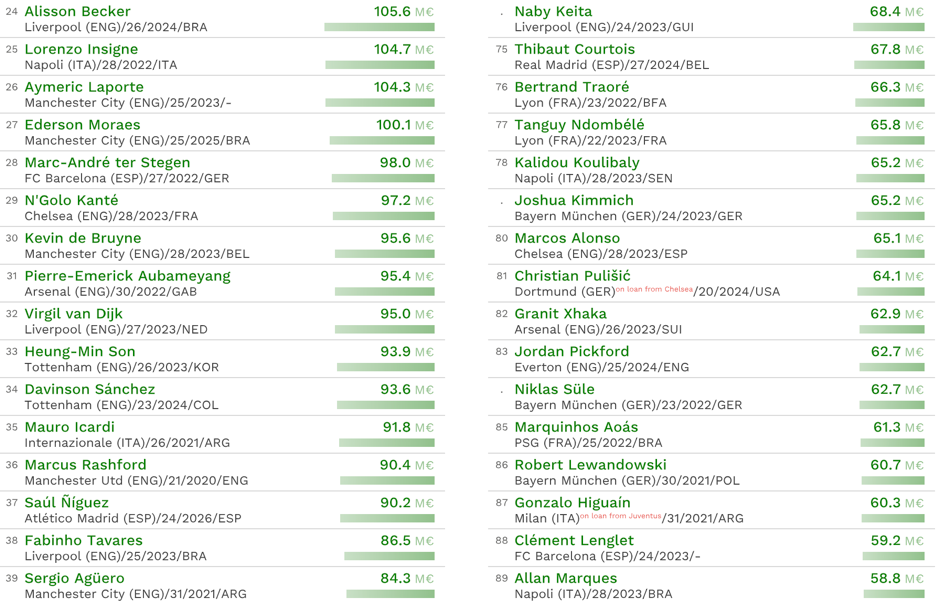