Gregg Berhalter’s United States men’s national team extended its clean sheet run to 180 minutes under the new coach with a 1-0 defeat of Ecuador in Orlando on Thursday.

The longtime Columbus Crew coach handed notable chances to several MLS mainstays who stood out in January camp, but also re-introduced Christian Pulisic to the fold.

The results were mixed, but the win was deserved as the U.S. did not allow much danger to reach Sean Johnson’s cage.

Tim Ream — 7 — A couple of dicey moments, sure, but the man with the captain’s band stood out at left back not just for his assist but his aggression in pressing high up the left flank.

John Brooks — 6.5 — Not much to do, but effective when needed with a win-saving stop. Here’s hope the thigh injury isn’t a notable one. Intelligent and accurate in his passing out of the back.

Aaron Long — 6 — His passing was a bit off early, and that will need to be better at the back of Berhalter’s defense, but overall he was composed and well-drilled. 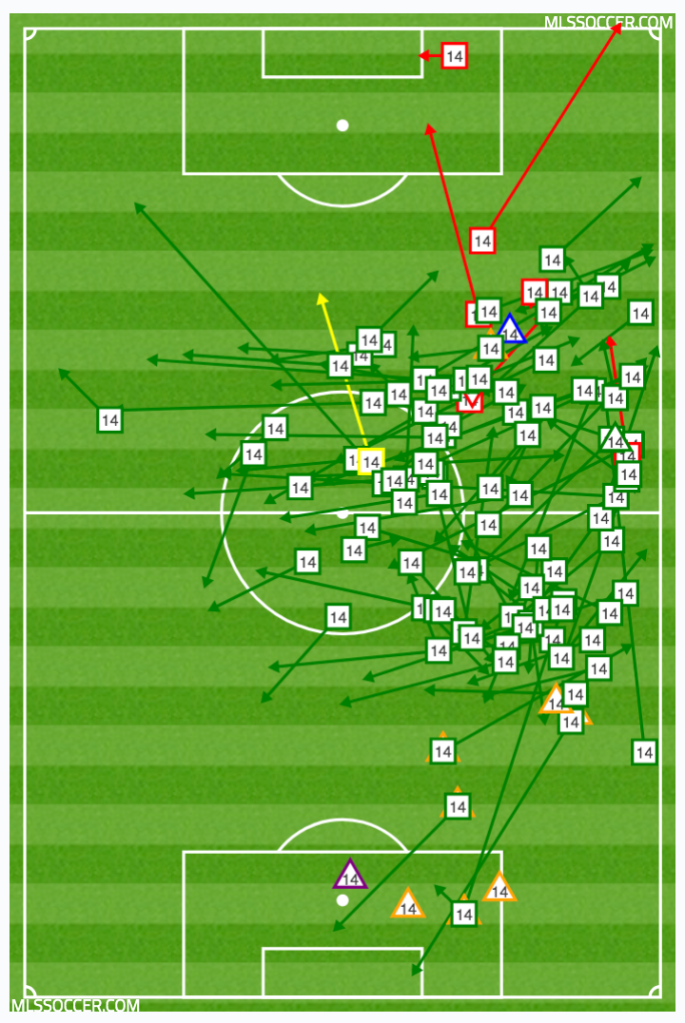 Given he was playing an unusual position with immense responsibility (right), Adams deserves a lot of credit for keeping his motor high over 90 minutes. He only attempted two dribbles, staying in his shoes and venturing wide and forward on occasion. A very promising sign for an ambitious move by Berhalter. That’s a lot of green over there, and green is good —>

Wil Trapp (Off 59′) — 5.5 — He’s not supposed to be the guy who stands out in a game, and should be known for doing the little things, but he’s still not standing out from the pack as someone who should keep Michael Bradley or Tyler Adams from the center of the park.

Weston McKennie (Off 68′) — 5 — Potentially scary injury aside, he will have much better days for the U.S. than this and certainly didn’t show chemistry with Trapp. Second guessing is easy, but flipping McKennie and Adams might’ve been the play.

Paul Arriola (Off 77′) — 6 — An energetic, productive night on the wing takes a hit due to his inability to finish the match’s best scoring chance (even if the save was legit).

Christian Pulisic (Off 62′) — 7 — Not at his sharpest, but still quite lively in producing many American attacks. Had an memorable moment working over Antonio Valencia near the end line.

Jordan Morris (Off 68′) — 6 — Still learning how to be a winger, but a decent and industrious effort for the Seattle Sounders man.

Gyasi Zardes — 7 — It was the goal that did the trick for him over 90 minutes, and it was good to see the Columbus Crew man score a USMNT for the first time since 2016.

ON THE BOARD! A @gyasinho strike puts the #USMNT in front! 🙌 pic.twitter.com/rxLdlWkZMG 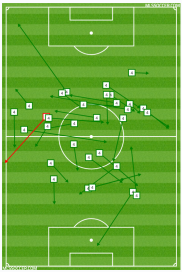 Sebastian Lletget (On 62′) — 6 — Has to be a bit more careful in his own half, but we’d like to see him get a start against Chile.

DeAndre Yedlin (On 66′) — 6 — Busy and ready to produce chances from the right side.