A study of attendance figures in global soccer has thrown up a few surprises.

The CIES Football Observatory have taken a deep dive into the attendance figures over the past five years, and both Major League Soccer and Liga MX have come been praised for their growth.

Based on average attendance the Bundesliga and Premier League lead the way with average crowds of 43,302 and 36,675 respectively, with Spain’s La Liga in third with 27,381 and Mexico’s Liga MX in fourth with 25,582 fans per game.

MLS has seen the second-highest growth rate in attendance figures in the globe from 2003-18, with only attendances in the Polish first division growing at a quicker in that 15-year period.

The report concludes that Mexico’s Liga MX is the best league in the world for attendances outside of Europe, while the U.S., Canada and China are showing strong levels of growth.

“Outside of Europe, Mexican clubs attract the biggest crowds. The study of the changes since 2003 reveals the growing enthusiasm for football in the United States and Canada. Despite the increase in the number of teams participating in the MLS, average attendances have consistently increased to break the 20,000-spectator threshold over the past five years. This limit has also been broken in China, where football’s popularity is henceforth well established too.”

Of course, many will argue that the announced attendances in MLS are someway short of the actual fans at the games, and that’s fair enough. But there’s no doubting that the addition of Toronto FC, the Seattle Sounders, Atlanta United, FC Cincinnati and LAFC have significantly increased attendance figures across MLS.

When it comes to attendances for individual teams, Borussia Dortmund lead the way with an average crowd of 80,230 and then come Manchester United with 75,218 and Barcelona at 74,876.

Below is a look at some of the tables produced by CIES, which is intriguing to have a look at. Check out Sunderland (in England’s third-tier!) in 38th place globally, and a strong contingent of Chinese Super League teams in the top 52. 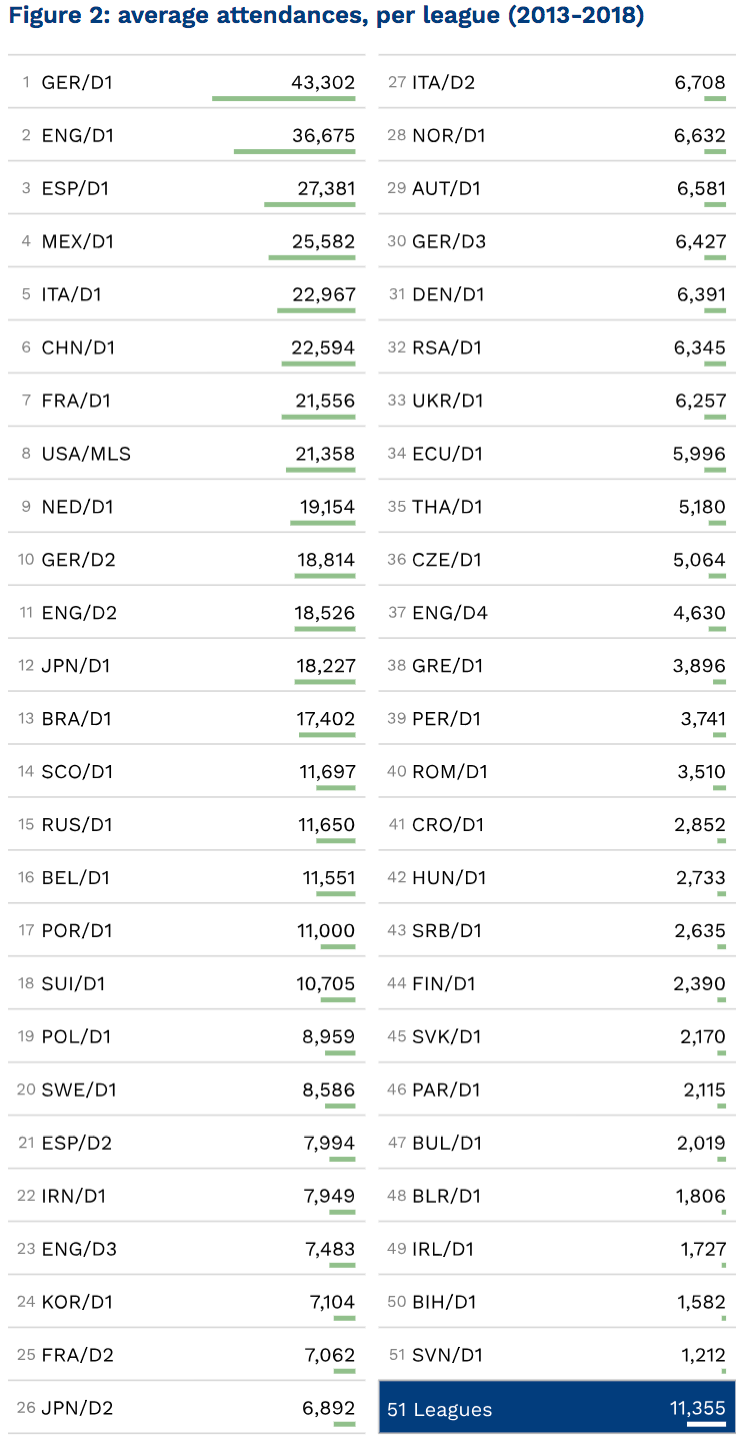