Former USMNT striker David Wagner is reportedly in “very advanced” talks to take the helm of the Bundesliga outfit.

Wagner, 47, was the Borussia Dortmund II manager before taking the job at Huddersfield Town and guiding the Terriers to the Premier League, but left the club in January en route to relegation.

Now with Schalke having dodged relegation and beaten rivals Borussia Dortmund this weekend under interim boss Huub Stevens, who himself has led the club on two other occasions.

The German-born Wagner won the UEFA Cup during a short stint as a player at Schalke, and was capped eight times by the United States.

But the move, whether Wagner or not, is significant for American soccer. 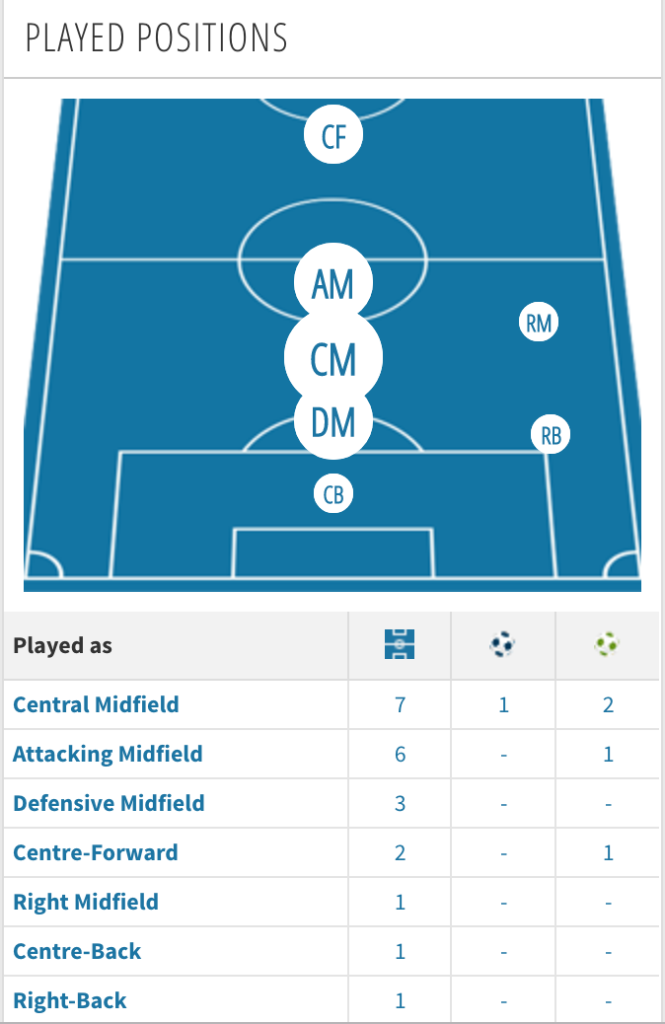 He’s played in every central midfield position, as well as right back, right mid, and even a little center back and center forward. McKennie is one of the most industrious and experienced young players in USMNT history, but how much of his experience at the club level will even matter to Gregg Berhalter?

I mean, look at his positional usage at Schalke this season via Transfermarkt (right).

This could also become a David Alaba situation. The Austrian has played the majority of his Bayern Munich career as a left back, and then a center back. Yet the 26-year-old has only recently made the move to left mid or left back for Das Team, having been a center midfielder in World Cups and EURO tournaments.

Also, Wagner was a Danny Williams fan, so perhaps he’d consider the option of an All-American midfield with McKennie and Williams. Half-kidding aside, Schalke’s next manager and their intention for McKennie will be one of the more intriguing and important moves for the future of the U.S. midfield.