The USMNT’s preliminary 40-man squad for the 2019 Gold Cup this summer has been revealed.

And there are a few surprises.

First up, it is likely you will all be asking where John Brooks and DeAndre Yedlin are. Well, both are injured and are not included in the squad which was confirmed by CONCACAF on Monday.

In a release the governing body says that the final 23-man squads will be released in early June and after that “only injury-related changes will be allowed, up until 24 hours before each team’s first match” as any replacements “must come from the preliminary 40-player roster.”

That means Yedlin and Brooks are out no matter what, and that leave Gregg Berhalter with some big issues to solve defensively.

Some of the intriguing additions to Berhalter’s squad are dual nationals Marlon Fossey and Duane Holmes, while Andrew Gutman, Joe Gyau and Jonathan Amon are also included.

Below is the 40-man roster in full for the USMNT, as they are second favorites to win the tournament behind reigning champs Mexico. 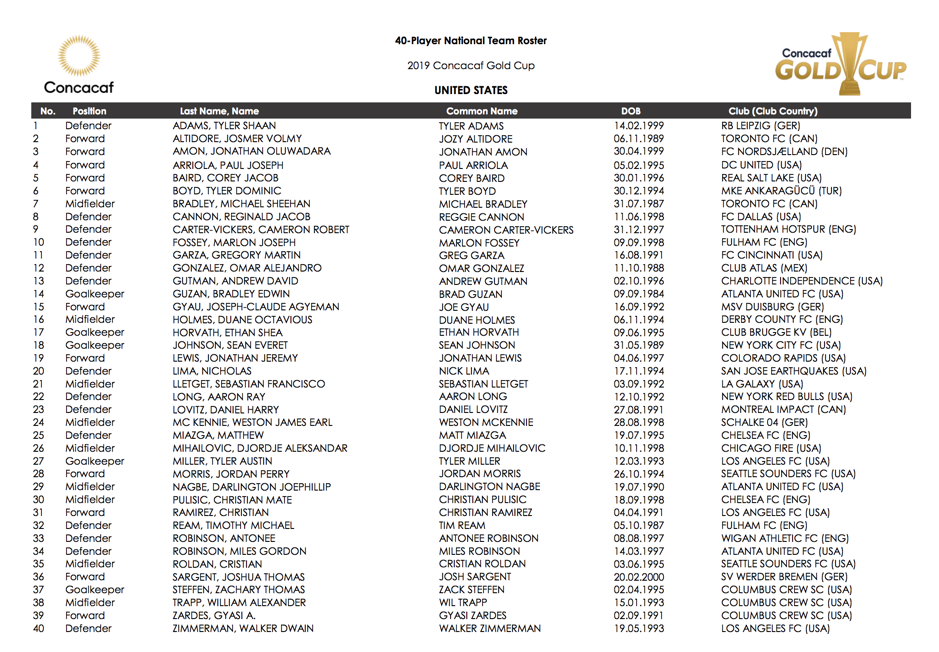