The Premier League has revealed how much each of its 20 clubs were paid for the 2018-19 season.

Premier League winners Manchester City received a total of $190 million, but it was runners up Liverpool who actually earned the most with $192.9 million. How is that possible?

Here’s an explainer on how the PL dishes out its payments to clubs.

Merit payments were worth around $2.4 million for each position you finished higher in the table, so a late season surge earned a club like Everton around $10 million. Not too shabby.

Even the club which finished bottom of the table, Huddersfield Town, were paid $122.3 million for being in the PL.

Below is the list in full, as the likes of Newcastle and West Ham did pretty well regardless of where they finished in the table due to having extra TV games. 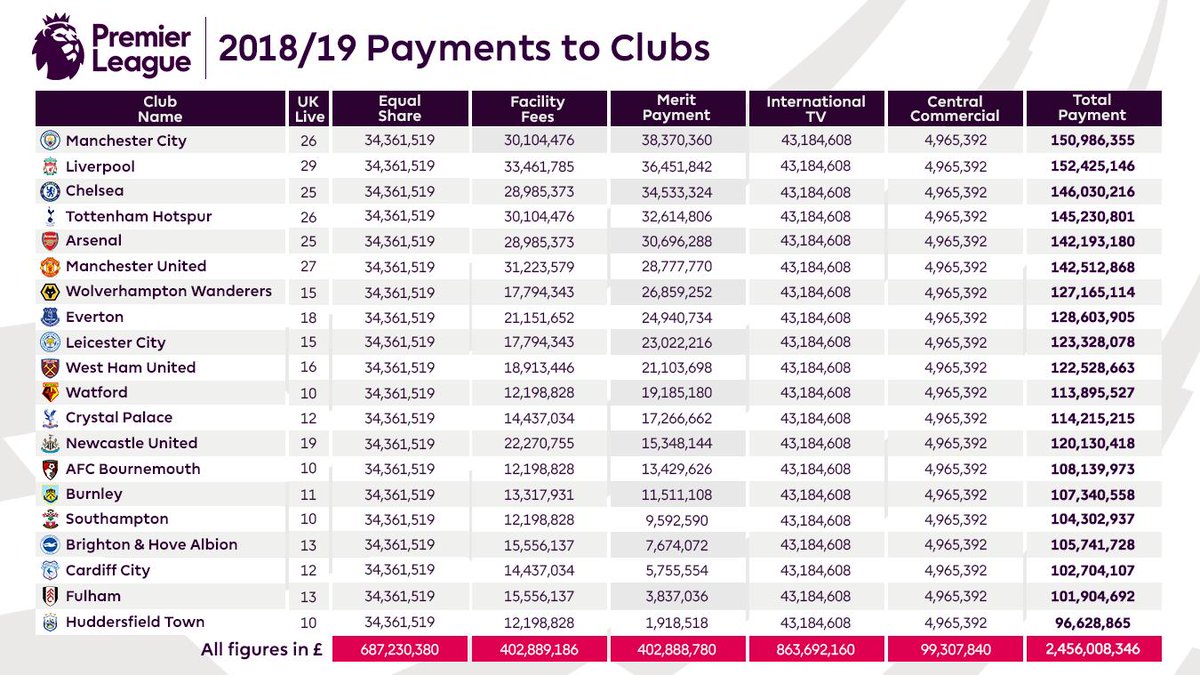