Mauricio Pochettino continues to receive good news as Tottenham Hotspur readies for its first UEFA Champions League Final, and hopes to provide Spurs fans with only the choicest vibes.

“We can make history,” Pochettino said. “We can provide our fans the best happiness in football.”

A big piece of that could be Harry Kane, who is back in full training with the club and could make his first appearance since suffering a knee injury against Manchester City on April 9 in the same competition.

“We will see what happens. I am not telling you he is going to be fit 100 percent or that he is going to be available to play from the beginning or be on the bench or be out but we are so, so positive and happy with the progression.

“Jan Vertonghen, Harry Winks and Davinson Sanchez are in the same process. Those four players have started Friday and Saturday to be involved with the group. …That means for everyone it is very positive that they can maybe available at the weekend. That is very good news for us.”

Kane is just 1-4-4 in his career against the Reds, but it’s clear Spurs are better with than without him (Well, that’s clear to anyone with a brain, but peep the numbers below: 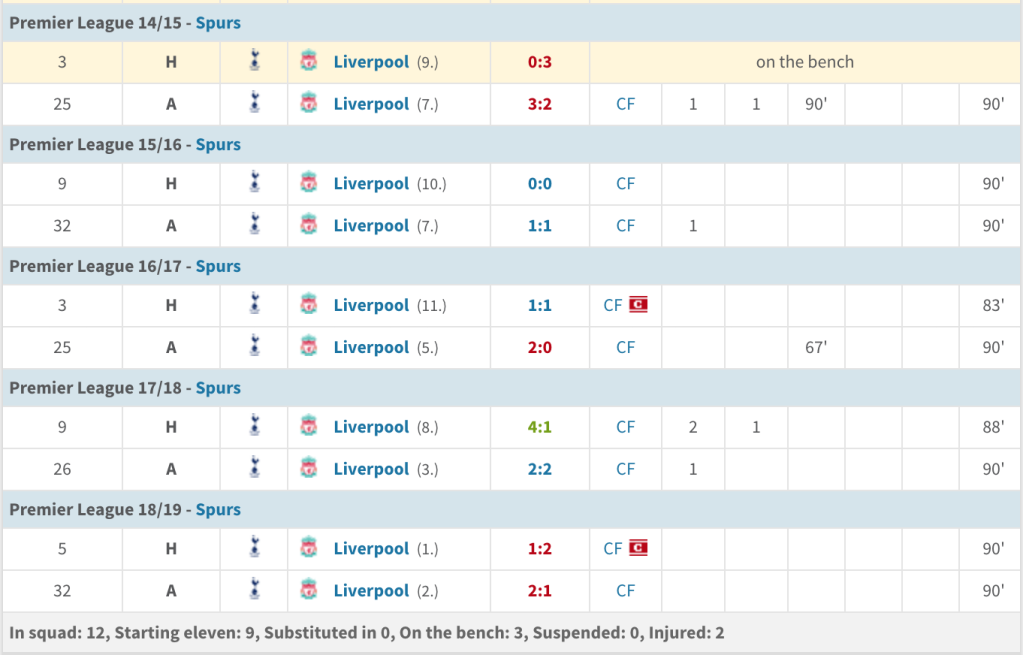