Newcastle United’s club record signing of Joelinton is raising plenty of eyebrows, as fans try to grasp what they have in the $50 million Brazilian.

Suffice it to say that there isn’t an easy comparison.

He’s a unit, to be sure, at 6-foot-1 with tremendous leaping ability and a powerful stride. Joelinton certainly has the ability to dominate in the air and hold the ball up like Newcastle’s loan star Salomon Rondon in 2018-19, but he brings better passing than most center forwards.

There’s a temptation to compare him to Liverpool’s Roberto Firmino, another Premier League import from Brazil via Hoffenheim, as Joe Prince-Wright wrote in his morning post about the impending deal.

Firmino was on another level in 2014-15, coming off a remarkably complete seasons for a center forward. He also shoots more often than Joelinton.

What Newcastle supporters will like from Joelinton, what makes him unique for his size, is that he’s a tremendous dribbler. He has trickery to go with his pace, not strictly a locomotive.

His season didn’t have the goals, the Toon will hope, because he was supplying wingers Andrej Kramaric (17 goals) and Ishak Belfodil (16). That could be music to the ears of Miguel Almiron and… whoever else Steve Bruce has to deploy (Yoshinori Muto? Jacob Murphy?).

Will he be worth the spend? The six-year deal promises profit potential — something Mike Ashley and chief scout Graham Carr are clearly targeting — if he explodes and earns the admiration of bigger sides. As for now, he should be able to provide what Rondon did in 2018-19. 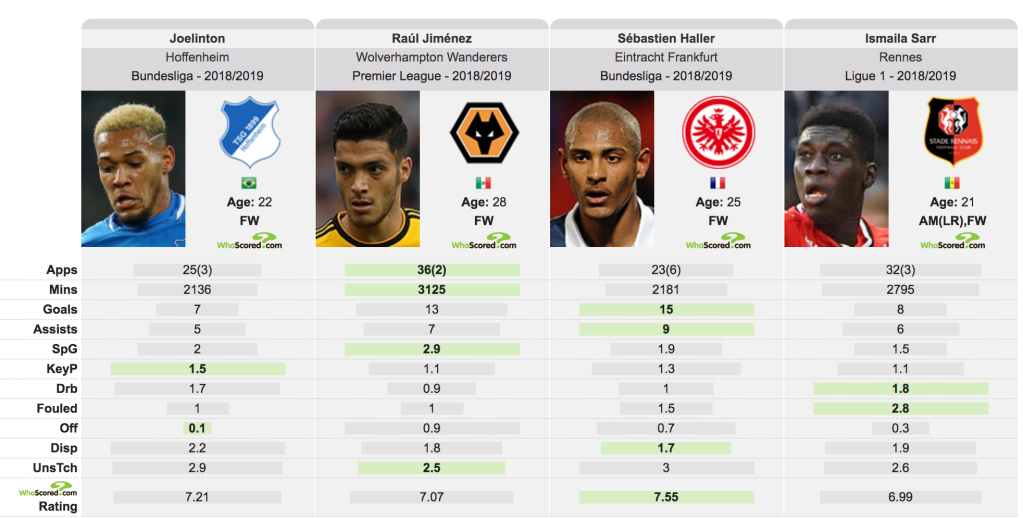