We haven’t been able to enjoy the USMNT at full strength for some time, regardless of player choice.

Key pieces were injured at the Gold Cup and others haven’t been called up as favors to their clubs, as Gregg Berhalter navigates the international soccer world for the first time.

For instance, one of the reasons not to panic over this poor international break was the absence of Tyler Adams, John Brooks, Matt Miazga, Jozy Altidore, and Michael Bradley amongst others.

We’ve asked our staff to gaze into a crystal ball where all players are healthy and available, and deliver their USMNT Best XIs.

An important note: We are playing the role of GM/coach here. Berhalter, like any manager, has shown a propensity to favor certain players that others wouldn’t select. In some of these players’ instances, not one of our writers would select them for duty.

We will, however, stick with his preferred formation because he would not be budging from it if he had his full complement of pieces. 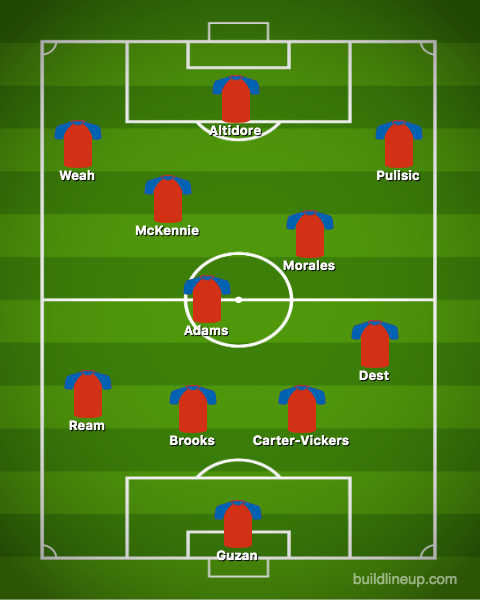 Couple of surprises here, as Joe opts for Stoke City center back Cameron Carter-Vickers over Matt Miazga or Aaron Long, and plays Brad Guzan ahead of Zack Steffen. There’s no room for Michael Bradley, with Tyler Adams taking his spot and making room for Sergino Dest at right back. 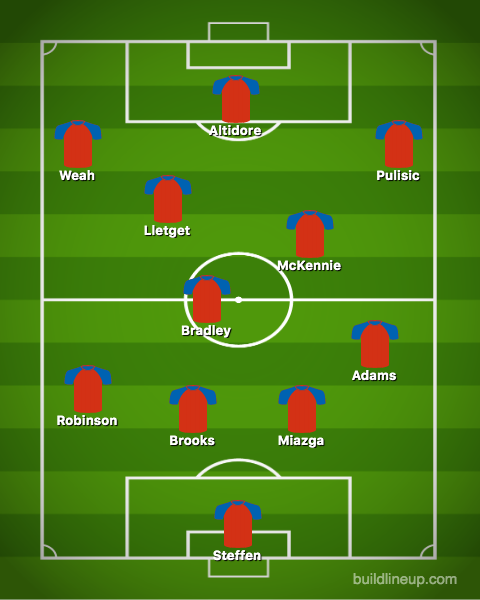 This was a difficult one for me, especially once I decided that if we’re sticking with Berhalter’s formation, then I need to put Tyler Adams in his coach’s preferred spot. Steffen is just ahead of Ethan Horvath here, and would not be had Club Brugge not bought Simon Mignolet short-circuit the 24-year-old’s playing time.

I’d like to see Tim Ream in a back two with Brooks, but both are left-sided pieces and Miazga is doing really well at Reading when healthy. I’m giving Antonee Robinson the left back spot for now because he’s No. 1 at Wigan and prefers left back (Sergino Dest is an easy plug-in if we’re allowed to play Adams at CM).

The most difficult decision was left wing and center forward. We just haven’t seen Tim Weah in some time, but that’s not enough to take him out of the XI if healthy. The same is true for Jozy Altidore, who remains the side’s best finisher even if he butchered a chance to score versus Mexico in the Gold Cup Final. Jordan Morris’ rebirth would make it easy to dismiss Weah or Altidore, but for now I’m holding off.

I need Lletget at center attacking mid because McKennie isn’t yet the playmaker needed for that spot. Morales over McKennie might be the call in an immediate “must win,” but McKennie is the guy long-term. This is almost an empathy play, because I was so slow to appreciate Lletget. Julian Green should get a look there, too, at some point, but if Berhalter’s hasn’t rung up the Greuther Furth man by now, is he ever going to value him enough for a look? 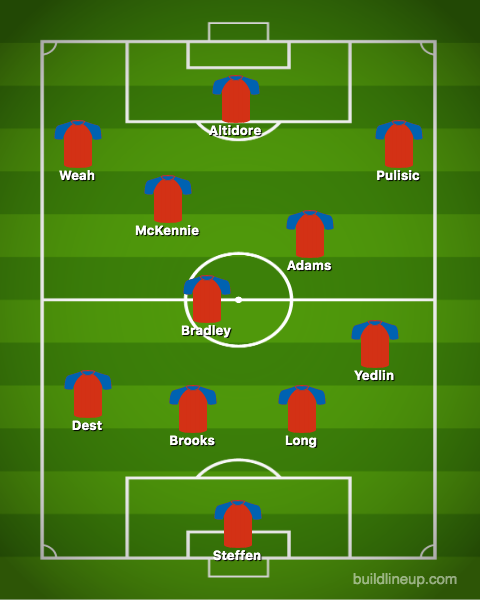 Kyle is counting on DeAndre Yedlin to return to his 2017-18 form and allow Adams to move up the pitch. He’s also not been moved by Long’s terrible international break and is keeping him No. 2 in the center back pool. Dest is Kyle’s answer for the left back problem, at least for now. 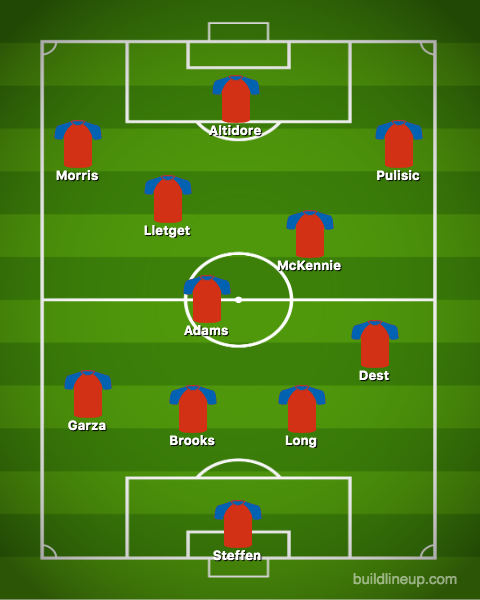 Dan omits Michael Bradley for Adams, and plugs Dest in at right back. Long maintains his place, while 28-year-old Greg Garza’s problematic calf isn’t a problem in this exercise. 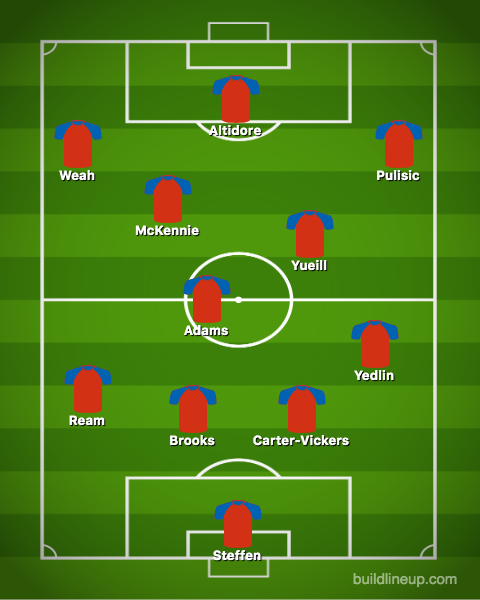 Joel also likes Carter-Vickers next to Brooks, and helps the English-American CB with Premier League experience to his right in Yedlin. Like Johnny Cash, Joel is going to Jackson — San Jose’s Jackson Yueill — to link Adams to the attackers.