One team got a big signing over the line just in time. Beijing Guoan has signed Villarreal striker Cedric Bakambu for an African transfer record of $90 million.

Guangzhou Evergrande won last season’s title by six points over Shanghai SiPG, with Tianjin Quanjian 10 points back of the champs.

— Dalian Yifang and Beijing Renhe were promoted from China League One, while Yanbian Funde and Liaoning FC were relegated.

— Who are the marquee foreign addition?

No, we’re not going to show you the video. It’s that disturbing.

Shanghai Shenhua’s Demba Ba suffered one of the worst, most stomach-churning leg breaks you’ll ever see in Sunday’s Shanghai Derby.

Shanghai Shenhua beat local rivals Shanghai SIPG 2-1 thanks to a late Fredy Guarin goal, but lost a star striker in the process.

Ba, 31, was involved in a collision with Sun Xiang when their legs got tangled. In slow motion, it appears the SIPG captain kicked at Ba’s shin.

The leg snaps, and is left dangling at the whim of gravity as Ba crumpled to the turf. It is honestly one of the worst injuries I’ve ever seen, and I wouldn’t encourage you to look it up. Trust my description.

There may be a few people at Major League Soccer’s headquarters looking rather nervously over their shoulders. You can’t blame them.

Something big is going on in China. Really big.

Ahead of the 2016 Chinese Super League (CSL) season plenty of teams in China’s top-flight have been spending money like it’s going out of fashion in recent weeks as star names have flocked to China.

With the transfer window in China s still open for another 10 days ahead of the start of the season on March 4, there could be even more big-money moves to come.

Not only has the huge sums spent on individual players been eye-catching, but the fact that most of these players are in their prime proves the CSL is doing something MLS has been trying to do — and having mixed results with — for years. Getting players to leave established leagues in their prime. Sebastian Giovinco is the best example of this MLS has and after that, there’s not too many others to choose from.

In a 10-day spell this month the CSL transfer fee record was broken three times. First Ramires left Chelsea for Jiangsu Suning for $30 million, then Jackson Martinez left Atletico Madrid for Guangzhou Evergrande for a fee of $45 million and then came Jiangsu Suning’s capture of Alex Teixeira from Shakhtar Donetsk for $56 million. All of these players are on astronomical wages and it’s tough to question their motives about leaving some of the biggest teams and competitions in the world for the riches China offers.

The sheer fact that clubs are forking out these kind of transfer fees — MLS historically doesn’t like to pay big fees for incoming foreign talent — shows you the wealth they possess, with many owned by state run companies. Of course there are other issues around China as a country and the pollution levels present, but at the end of the day these players are heading to the CSL to do one thing: get money. At least right now, and it shows no signs of stopping.

Other impressive names to join the CSL include Demba Ba, Gervinho, Fredy Guarin, Paulinho and Asamoah Gyan, plus former Seattle Sounders forward Fredy Montero has also arrived. With each CSL team allowed four overseas players on their roster, plus one player from another Asian Football Confederation nation, there is some limit to their spending which keeps it from spiraling out of control and it is not unlike the Designated Player rule in MLS

The biggest question you and I have is: will this model be sustainable?

Well, let’s wait and see but it doesn’t take a genius to realize that the majority of people who pump their money into owning and running a soccer team never actually make money. That’s the way it works all over the globe and China is no different. The crowds have been steadily on the rise among the CSL’s 16 teams with attendance figures for the 2015 season up by 16.8 percent from the previous year and the average gate was 22,193. 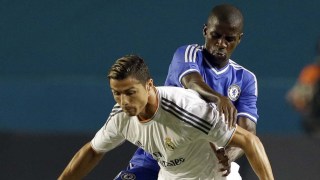 Given all of the positives and hubbub around the CSL, you have to remember that the long-term infrastructure of clubs is still not there. MLS is way more advanced in that respect, even though it’s average attendance for 2015 was slightly lower at 21,574. With academy teams producing more and more North American talent, MLS has put the building blocks in place to be a sustainable league capable of producing its own players while also improving the off-field product which Soccer Specific Stadiums across the league are an example of. There is still plenty of work to do in MLS, but over two decades the respect levels for it have grown steadily.

However, due to the huge splash the CSL is making with these monster signings, it’s evident that China’s clubs want to catch up fast to MLS and try to overtake other emerging domestic leagues outside of the Europa and South America. For instance, following Corinthians winning the Brazilian title they sold four of their players in one week. All four went to China and all were paid salaries which made their livings in Brazil look paltry. It’s not just the players either as Sven-Goran Eriksson and Luiz Felipe Scolari manage two of the top teams in Shanghai SIPG and Guanghzou Evergrande respectively. The latter has won the title five times in a row and also won the AFC Champions League in 2013 and 2015.

The CSL is only 11 years old but with President Xi Jinping putting a huge emphasis on soccer with 20,000 schools enrolled in a mandatory program to have students play the game, plus recently he visited Manchester City on a trip to the UK — weeks later City announced they’d sold a 13 percent stake in the club for $400 million to state-owned companies in China — and the Premier League side is now exploring many opportunities to expand their brand in China. It seems like there’s a huge push for the sport to become mainstream. With many top class teams traveling to China over the past few years to play in preseason tournaments, expect that to continue and not far from now the CSL will go head-to-head with MLS for players heading towards the end of their career.

I’m talking about Wayne Rooney, Cristiano Ronaldo, Lionel Messi. If those guys ever want to move abroad, would China or North America be a better option?

We know the kind of money on offer in the CSL is incredible. And it is the same in MLS for the DPs, but even those levels have dropped off in recent years following the departure of David Beckham and Thierry Henry. The proof will be in the pudding in years to come as the CSL continue to sell its TV rights for huge sums of money — the TV deal for the next five years is at $1.18 billion, over 30 times larger than the last deal — and the level of play continues to rise with more players arriving in their prime. 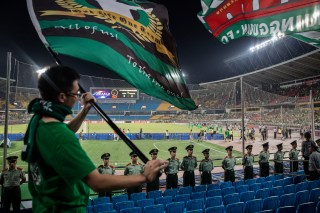 In the past the Middle East offered huge sums for a players at the end of their careers — remember images of Gabriel Batistuta and the De Boer brothers playing in Qatar’s Stars League about a decade ago? — and many would claim MLS have done the same for most of the last decade in attempts to become more popular and grow their brand. That has now become a part of MLS’ model but not the main part. The CSL has taken a huge step forward in recent weeks to becoming the overseas league players in Europe will want to join purely from a financial standpoint. Even if many would prefer to live in the U.S. and Canada to see out their playing days, going to China to play in the emerging and mega-wealthy top-flight is becoming hugely attractive.

That in itself is perhaps the biggest reason why MLS should be worried. It’s ability to attract star names to fill stadiums could be impacted in the future as the CSL’s dramatic rise continues.

Tim Cahill has had his contract terminated by Chinese Super League side Shanghai Shenhua as the impending arrival of Seattle Sounders forward Obafemi Martins in Shanghai appears to have bumped him out.

[ PLAYBACK: Title race tighter than ever ]

Cahill, 36, only signed a new deal with the CSL outfit last November but on Tuesday he announced he will no longer play in China and cited the reason behind his departure was due to not being in the plans of Shenhua’s new coach Gregorio Manzano.

Some reports from Australia claim he will join the Western Sydney Wanderers of the A-League as he returns home for what could be the final chapter in his career, but the former New York Red Bulls forward is likely to also have plenty of interest from Major League Soccer, the Middle East and elsewhere in China as he aims to continue his career.

Cahill had the following to say via Instagram, as he added that the “new chapter is coming soon” and he will announce more details in the next 48 hours.

“I’m very sorry to announce that I have reached an agreement with Shanghai Shenhua to terminate my contract after being told that I’m not part of the new coach Manzano’s plans for the 2016 season having only just signed a new contract in November,” Cahill said. “This is very sad especially after what I feel I have helped to build in Shanghai Shenhua on and off the park. Just thinking about saying goodbye to my team-mates and especially the amazing fans is heartbreaking. Regardless of whether my contract is being honored and paid out in full, I would much rather have seen it out and finished what we started.”

Despite his age Cahill has continued to produce very decent numbers both in MLS with the Red Bulls — 14 goals in 62 appearances — and in China. The former Everton midfielders appears to have his heart set on representing the Socceroos at the 2018 World Cup in Russia which would be his and Australia’s fourth-straight appearance at the World Cup. He is Australia’s all-time leading scorer with 45 goals in 88 appearances.

The Australian national team veteran scored 12 goals in 32 appearances for Shenhua but with plenty of CSL clubs splashing the cash in the lead up to the start of the 2016 season, Cahill perhaps felt the writing was on the wall.

Shenhua have signed Colombian international midfielder Fredy Guarin and Senegalese striker Demba Ba already, plus have Colombian forward Giovanni Moreno on the books. In each CSL side you are allowed four overseas players and one player from another country in the Asian Football Confederation. Cahill was taking up an overseas slot at Shenhua with Adam Papadopoulos taking the Asian player spot.

Therefore, if the reports stating that Martins will sign for Shenhua are true then someone had to go. It was Cahill. That said, don’t feel too sorry for him, he was being paid a reported $7.1 million per season but it appears that’s been paid in full for the 2016 CSL campaign.

According to a report from the BBC, the Seattle Sounders’ striker will leave Major League Soccer for a “multi-million dollar deal” in China.

Should this deal go through, Martins would join a list of top talents who have moved to the Chinese Super League this winter, including Chelsea’s Ramires.

If the 31-year-old was to leave, it would open up a potential starting spot for the USMNT’s Jordan Morris, who signed a record-breaking homegrown player contract with the Sounders last month.

Before moving to America, Martins played throughout Europe, spending most of his career with Inter Milan and Newcastle. He has earned 41 caps for the Nigerian national team.

At Shanghai Shenhua, Martins would line-up alongside former Premier League players Tim Cahill and Demba Ba, as wells as Fredy Guarin, who joined Shenhua in January from Inter Milan.

Next
Powered by WordPress VIP