Tottenham Hotspur’s 4-goal morning against Watford has been followed up by a total of four in five first halves across England.

Ahmed Elmohamady has turned a Man City cross into his own goal, and Pep Guardiola‘s side is deservedly ahead at the Etihad.

Robbie Brady has banged one off the bar for the visitors, who are still looking for a breakthrough.

Are Tony Pulis‘ Baggies again going to have a 40-point let-off to finish the season. Jordy Clasie‘s finish (see top of page) was laced with venom.

Jon Walters took advantage of Ragnar Klavan to give the Potters a lead just before halftime.

As tight as you’d expect from a relegation six-pointer, with Cheikhou Kouyate lashing a nice low drive home before halftime. 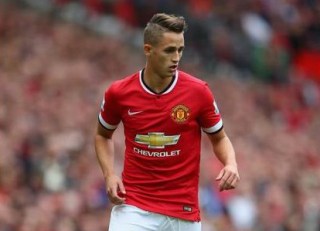 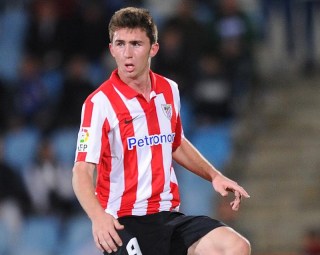 Hull City were relegated to English soccer’s second-tier on Sunday, as the Tigers drew 0-0 with 10-man Manchester United at the KC Stadium.

Steve Bruce’s side threw everything at United but after scoring just 33 times all season, it was clear that Hull’s lack of composure in front of goal is the main reason they will be playing in the Championship next season.

“It is one of those awful experience,” Bruce said. “This is a particularly low time. We are not in the big league.”

The Tigers had two goals disallowed in the first half, squandered some glorious chances and tested a shaky Victor Valdes in goal for United.

Hull’s failure to win meant they were relegated, as Newcastle’s win against West Ham hammered the final nail in their coffin. The Tigers finished the season on 35 points in 18th and United finished in fourth on 70 points.

Predictably, Hull came flying out of the traps early on as Dame N’Doye headed an effort towards goal but then Wayne Rooney clipped the bar at the other end shortly after.

Angel Di Maria and Ahmed Elmohamady collided which saw the later come off injured in the first half despite getting his first start since March. Hull continued to push for the opener and Chris Smalling cleared at the back post with Nikica Jelavic crashing in. Then Hull thought they went ahead in the 19th minute as Victor Valdes fumbled the ball under pressure from David Meyler and Paul McShane tapped home but he was offside. No goal.

Moments later Hull again had an effort ruled out for offside as Valdes first made a wonderful save from Elmohamady and then Stephen Quinn’s shot was deflected in by N’Doye but the Hull striker was in an offside position.

In the second half Meyler somehow put the ball over the bar from eight yards out after a wonderful knockdown from Jelavic in what was a huge chance for the Tigers to take the lead.

Hull continued to press and Valdes completely missed a cross and then Daley Blind hacked off the line as United survived. After that both McShane and N’Doye went close as the Tigers didn’t give up but were running out of time.

Sone Aluko’s shot was then flicked towards goal by Jelavic but Valdes made a wonderful reaction stop as Hull just couldn’t go ahead. N’Doye somehow stayed on the pitch after appearing to punch Phil Jones in the stomach, and then all hell broke loose in Yorkshire.

[ MORE: ‘Exhausted’ Bruce says future not in his hands ]

Substitute Fellaini was sent off for a terrible challenge on McShane as United played the final 15 minutes with 10-men at the KC. Valdes then parried down another ball and Hernandez somehow missed the ball completely  as another big chance went begging for Hull.

Stoke City beat Liverpool 6-1 at the Britannia Stadium on Saturday, as the Potters recorded their biggest-ever win in the Premier League.

Steven Gerrard scored Liverpool’s lone goal in his final game for the Reds but it was an embarrassing afternoon for Brendan Rodgers’ side as huge question marks will be asked about his future over the summer.

As for Stoke, they raced into a 2-0 lead as Mame Diouf scored twice, then Jonathan Walters, Charlie Adam and Steven N’Zonzi scored  to make it 5-0 at half time. Peter Crouch added another late on to seal a memorable final day win for Stoke.

Mark Hughes’ side finish ninth in the PL with a record points tally of 54, while Liverpool finish in sixth and qualify for the Europa League on 61 points.

The goals came thick and fast for the home side as Diouf got his first in the 22nd minute when Marko Arnautovic played it into Adam and his shot was spilled by Mignolet straight to Diouf who tapped home. 1-0. Four minutes later it was 2-0 as Diouf drilled in a shot from the edge of the box which Mignolet somehow let slip through him.

Stoke were rampant at this point and took full advantage of Liverpool’s ragged defense as Adam looped in a ball which was headed down and Walters knocked home. 3-0. A nightmare day continued to get worse for Liverpool as Adam then robbed Lucas on the edge of the box and slammed a shot into the net to score against his former team as Rodgers looked embarrassed on the sidelines.

The pick of the bunch then arrived just before half time as N’Zonzi hammered home a unstoppable effort as Stoke’s Player of the Season made it 5-0 to the Potters after an incredible first half.

In the second half Gerrard teed up Adam Lallana but his effort was well-saved by Asmir Begovic as Stoke was on a cruise control. Gerrard then did it himself as he latched onto Rickie Lambert’s flick and finished well to end his Liverpool career with a goal. 5-1.

Late on Crouch headed home to become the all-time leading scorer of headed goals in the PL with 47, beating Alan Shearer’s record, as Diouf teed up his strike-partner. 6-1 to Stoke, and that is how it finished for Liverpool’s worst-ever defeat in PL history.

Feel free to call it a big blow for Hull City, as Jake Livermore will not be able to help the Tigers’ final two relegation battles after testing positive for cocaine after a 2-0 win over Crystal Palace.

Only Ahmed Elmohamady has hit the pitch for Hull more often than Livermore this season, so this is not a minor hiccup for Steve Bruce’s crew. Livermore, 25, has scored once for the Tigers this season.

Hull sits two points clear of safety and has to face Spurs and Manchester United in attempts to save their Premier League lives.

The club are expected to release a statement this afternoon, but it is a massive blow to manager Steve Bruce, whose side are desperately trying to avoid relegation.

Livermore, who came through Tottenham Hotspur’s Academy, was superb for Hull last season as they managed to stay in the top flight and also reach the FA Cup Final. But his form has dipped this term along with the rest of the Hull side.

Woof. This is a horrible mistake for Livermore, who very well may’ve cost the talent-shallow Tigers their already thin shot at safety.

Steve Bruce not backing down from critical comments on referee October 31, 2013 9:15 pm