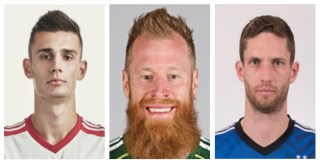 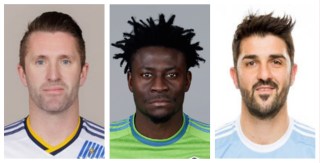 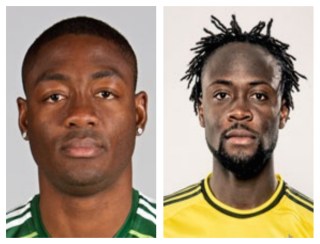 The game in 100 words (or less): Don’t crown the LA Galaxy as 2015 MLS Cup champions just yet. If you tuned in for the defending champs’ combined 10-1 thrashings of the Philadelphia Union and Portland Timbers last week, you might have been tempted to do exactly that, but lest we forget, this is MLS and none of it makes any sense. Bruce Arena’s Galaxy fell to the San Jose Earthquakes, 3-1, at Stanford Stadium on Saturday night in the first of three Cali Clasico meetings this season (the two also face each other in the US Open Cup fifth round this week). It’s terribly cliche to say, but throw out everything from form to momentum in a rivalry game, because anything can — and did on Saturday — happen.

17′ — Juninho’s screamer opens the scoring — Juninho his this ball and it, as they say, stayed hit. The less said about this goal, the better. Just watch and enjoy.

28′ — Wondolowski one-ups Juninho with a wondrous finish — Matias Perez Garcia whipped in the perfect cross to the penalty spot, and Chris Wondolowski finished with equal bits aplomb and grace. An absolutely world-class finish from Wondo.

53′ — Goodson heads home MPG’s corner — Everyone forgot to mark Clarence Goodson. That’s bad news, because he’s a very capable header of the ball. Goodson used said noggin to head home at the near post and give the ‘Quakes a 2-1 lead.

Man of the match: Matias Perez Garcia — For a second straight week, MPG was a nightmare to defend against, and his pair of assists on the ‘Quakes’ first and second goals give him five in five games. 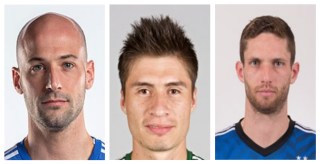 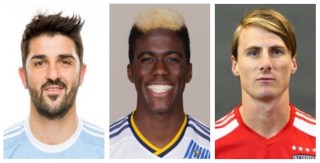 A left toe problem has cost San Jose center back Clarence Goodson four out of the Earthquakes’ last five games. Now, former starter Jason Hernández’s place in the team’s first XI is about to be prolonged. According to Major League Soccer’s website, Goodson will miss the next eight weeks, with his foot set to spend four weeks immobilized while his toe heals.

Through injury and time with the U.S. national team, Goodson’s been limited to 10 league appearances, his first full campaign since returning to MLS from Europe. If the timeline head coach Mark Watson quoted at today’s practice holds up, Goodson will miss the same number of games over the next two months, with an eight-week layoff leaving him ready to comeback Sept. 28 at Colorado.

According to Watson, the eight-week projection includes time it will take to regain match fitness.

“We’ve been told eight weeks for the isolation and the rehabilitation side combined,” Watson said, via the league’s website, with isolation referring to the period Goodson’s foot will have to be immobilized. Watson also conceded forward Steven Lenhart, suffering with a knee injury, could undergo minor surgery that could sideline him up to four weeks.

As is the case up top, San Jose has enough depth to cover in central defense, where Hernández can temporarily resume his former starter’s role.

“You have two national-team center backs that are very good players,” Watson said, referring to Goodson and Honduran partner Víctor Hernández, “but the other guys have done well and deserve to play. We’re fortunate enough that we have an incredible amount of depth at that position.”

In this case, the quality is as important as the depth. Though Hernández may be a step down from Goodson, the extent of that step is debatable, let alone whether that extent will matter over the small part of the season. San Jose’s gotten by with Hernández before. There’s no reason that can’t do the same now.

The more interesting question is where this leaves Goodson. If the injury heals without issue, it will leave him back where he started: In San Jose’s starting lineup. Still, this is a guy who turned 32 in May, somebody who we hampered by injuries at the beginning of the season, too. Though he’s been strong in central defense for the Earthquakes, he’s also decidedly in the last phase of his career, one which could involve more injuries, if not an entirely missed step.

Maybe this is why Hernández, capable of starting for a number of teams, is still in San Jose. Particularly given Bernárdez’s place in the Honduran set up, central defense for the Earthquakes may not be a true two-man job any time soon.

Green, Bradley among those named to roster for USMNT friendly versus Mexico March 26, 2014 2:19 pm

Whom should Jurgen Klinsmann call in for Tuesday’s World Cup qualifier vs. Mexico? September 7, 2013 3:45 pm

U.S. internationals (past and present) dominate the chatter in San Jose as Earthquakes prevail August 4, 2013 12:10 am