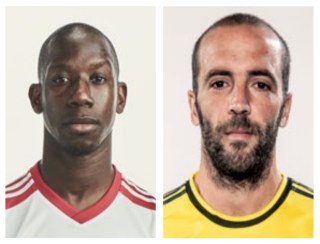 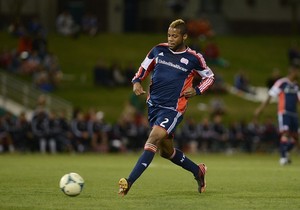 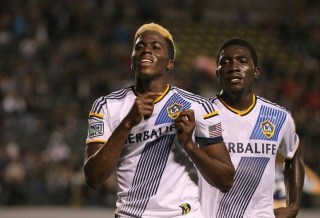 PORTLAND, Ore. — One week after their worst performance of the season, Portland broke through for the first win of the Caleb Porter era, getting two second half goals from Ryan Johnson to hand the visiting Houston Dynamo a 2-0 loss.

In the process, Portland showed a threat they never had to exhibit to show through Porter’s first four games. When Johnson redirected a 55th cross from Diego Chara past Tally Hall, the Timbers had their first lead of the season, surprising given the team came into Saturday’s match with seven goals. Once they were ahead, the Timbers were able to take advantage of a side chasing the game, eventually countering their way to a two-goal lead.

It was that sparked the effort out of halftime, a turnover of his making creating a gilt-edged chance for Darlington Nagbe early in the half. Moments later, Chara’s run behind Corey Ashe set up the opening goal. Rodney Wallace then blasted a 20-yard shot off the crossbar and right post before Portland finally bought their insurance.

In the 73rd minute, Nagbe forced a turnover just inside Portland half before getting a return ball from Kalif Alhassan. Laying off into the left of Houston’s area, Nagbe set up Johnson for the game’s final goal.

It was a deserved result for a team that dominated after an even first half. Houston withstood an initial Timber push that opened to game to control the heart of the opening period. Though the Timbers had the better of play before half time, the teams went into intermission goalless in what looked destined to devolve into a war of attrition.

Portland had lost David Horst to a knee injury after 18 minutes. At the 29-minute mark, Diego Valeri left with what appeared to be concussion-like symptoms. For Houston, Giles Barnes picked up a knock through a Mikael Silvestre challenge before halftime, while Corey Ashe appeared to hurt his ankle in the second half.

It was in that second half that Porter turned the match. After Valeri left, Porter initially persisted with a 4-2-3-1 formation that used Nagbe in the playmaker’s role. But the young attacker appeared lost, unable to establish the fluidity Valeri promotes. In the second half, Porter moved Nagbe into a more natural supporting striker’s role, shifting his formation to a 4-4-2.

The move created space behind the forwards, an area Chara dominated from the onset of the second. Jumping from deep midfield to win balls coming out of Houston’s end, Chara transformed Portland’s attack from reliant on traditional buildup to menacing through counters. His run behind Ashe created the first goal in the 55th minute, while another Portland counter put the match away in the 73rd.

For Houston, the match had to feel like a typical, everything against us road game – the type of circumstance that happens two or three times over the course of the season. They were without Will Bruin, and in the days before the match, Boniek Garcia was also ruled out. Under a persistent Portland rain shower, Jeld-Wen’s FieldTurf was slicker than BBVA Compass Stadium’s could ever play. Even the first goal held hints of bad luck, hitting off a sprawling Tally Hall before eventually dropping over the line.

But that point of view overlooks a Timber performance that finally lived up to the hype. The Timbers held 62 percent of the match’s possession and put six shots on goal to Houston’s two. The second half was basically one-way traffic.

It was the breakthrough the Timbers had hoped for last week in Colorado, but with the team finally in the win column, Portland’s first month’s struggles will gain a new perspective. They’ve got their first win under Porter.

Rationale, motive and intent: Four saves helped keep his team in the game (and perhaps in the playoff race) until the Dynamo finally got the late breakthrough goal in the driving rain at BBVA Compass Stadium.

Rationale, motive and intent: Sometimes I actually feel for Jay DeMerit. Becaues no matter how much Martin Rennie tries to tidy up the defensive organization around BC Place, the Whitecaps’ veteran center back always seems to have so very much to do. He certainly did Saturday in the 0-0 draw with Seattle.

Horst? Yeah, I know about the penalty kick. But it was pretty weak salsa in my book. I’m looking at all the great and gritty that went on defensively around Jeld-Wen in his team’s 1-1 draw with D.C. United.

Freeman was up and down the right side in his team’s 1-1 draw with the Galaxy.

Rationale, motive and intent: Zusi scored twice in the big win, during the weekend’s most significant matchup. His defensive-minded teammate Cesar was always in the right place to keep Chris Rolfe contained and to tamp down those Fire counter-attack opportunities. Clark was full of hustle and bustle in midfield, as usual, but and then led the late offensive charge that ultimately sealed up the night.

Rationale, motive and intent: Yep, it’s the old 3-3-4 formation. What can I say? I’m a journalist, not the second coming of Rinus Michels.

Henry? We’ve stomped the grapes on that French ground.

It’s simply impossible to pick between Saborio and Espindoloa when one is scoring most of the goals (three for “Sabo”) and the other is setting them up (three assists for “Espy”). So, we picked ‘em both.

Arrieta scored a couple of quality goals before the break for a club that absolutely, positively had to have all three points to keep pace in the playoff chase.