Forlan will replace head coach Diego Lopez, whose contract ends at the end of this month.

The 40-year-old Forlan said in a news conference his brother Pablo will be one of his assistants.

“To have my first experience in a club of traditions and of a high level like Penarol is more than I dreamed of,” Forlan said.

“When you play you notice if you like soccer itself. It isn’t only about playing. I enjoy it, I like it, I analyze it, I see it.”

Forlan played for Penarol in 2015-2016, near the end of a successful career that also included spells at Inter Milan, Atletico Madrid, Villarreal, and Argentina’s Independiente.

FIFA chose him as the best player of the 2010 World Cup, where Uruguay finished third.

Penarol lost the Uruguayan title to archrival Nacional this month.

After Neymar and Edinson Cavani’s penalty drama that has blown up over the last few days and potentially led to Neymar’s exclusion from the PSG squad this weekend, Uruguayan legend Diego Forlan went on sports radio in his home country to not just back his former international teammate Cavani, but also throw a pair of Brazilians under the bus.

Forlan obviously denounced Neymar’s role in the dispute, but he also picked out Neymar’s club and country teammate Dani Alves for favoring his countrymate.

“What doesn’t make any sense is what Alves does, he doesn’t give the ball to Cavani and then gives it to Neymar as if he were his [explitive]. Cavani deserves respect. He has been scoring goals for years, taking penalties. There has to be respect. Neymar would not have done that with [Lionel] Messi. He didn’t want Cavani to take the penalty. He was like a little boy annoying him.”

Well, as you can imagine, Alves did not take kindly to being sucked into the fray, and fired back as a result. “I don’t know what match you were watching,” Alves wrote on Twitter, “but for your information, I didn’t take the ball away from any of my teammates. It was just the opposite, it was taken from me!

“And also for your information, the last penalty kick for PSG was mine. So shut your trap and stop making drama in my name.”

This whole situation has blown up more than most penalty disputes (which happen relatively often) likely due to the international affiliations. With the decades-old bad blood between Brazil and Uruguay, it’s no surprise that people are taking sides. Forlan swept up another Brazilian in the mix, and understandably he did not appreciate the cheap shot.

It may be time to call it a career. Diego Forlan will be a free agent after his J-League second-division team Cerezo Osaka has decided not to extend his contract, the club president announced.

Reportedly worth around $5.8 million, Forlan’s contract expires at the end of July. Relegated last year in his first season with Cerezo, the club is unsurprisingly no longer willing to pay him further big bucks while stuck in the J2-League. Forlan himself has dominated the Japanese second division, but the club has not capitalized in an attempt for a quick turnaround.

Last season, the 36-year-old struggled overseas, managing just nine goals in 33 appearances across all competitions while the team finished next-to-last in the table, and he did not appear in seven of the team’s final nine matches during the relegation battle.

Forlan had started in all 16 matches this season for Cerezo in the second division, scoring 10 goals to lead the league, but the team still sits in ninth place in the 22-team table, seven points off a guaranteed promotion position. The Uruguayan missed his first match of the season for the club this morning, not appearing on the team sheet for a 1-0 win over Ehime.

Since winning the Golden Ball in the 2010 World Cup at 32 years old, Forlan has been somewhat of a nomad. He left Atletico Madrid in 2011, spending a season at Inter Milan before shipping off to Brazil’s Internacional for two years. He made just 34 appearances in two seasons in the Brazilian Serie A before finding a big pay-day in Japan.

John Carver did just enough in his four games as caretaker manager.

Following the departure of former Newcastle boss Alan Pardew, who left for the managerial vacancy at Crystal Palace, the 50-year-old led the Magpies to one draw and three losses.

The defeats came against Chelsea, Southampton and Leicester City, and the first two results against top Premier League squads certainly were not detrimental to Carver’s incumbent status at the helm.

Now, the Englishman will remain manager until the summer, and he will face his first challenge in this role vs. Hull City on Saturday, where Newcastle will look to improve their mid-table 11th place spot.

Hull City haven’t mustered their best form lately, dropping three straight matches up to this point after an excellent victory over Everton on New Year’s Day.

The Tigers sit in danger of relegation at 18th place in the league tables, and any points in this match would help guide Steve Bruce’s side away from the depths of demotion.

One target area of Hull in the transfer window has been the forward position, with the aim to bolster depth and scoring possibilities, and rumors linking the club to veterans Diego Forlan and Demba Ba attest to that intention.

Newcastle has trained their transfer eyes on youngsters, while also monitoring the possible departure Moussa Sissoko.

The upcoming match between these two outfits will be available for viewing at 7:00 AM ET on NBCSN, or online via NBC Sports Live Extra.

Hull City manager Steve Bruce on players recovering from injury for match (Tigers official website): “It looks like we might have some back. We’ve been away for four or five days and managed to get some training into [Nikica] Jelavic, [Abel] Hernandez and [Andrew] Robertson. You can add [Gaston] Ramirez to that list too…It’s not ideal and we’d like another week for all of them if we’re being honest, but as long as they come through training today it looks as though they’ll be ok.”

Newcastle United interim boss John Carver on aims for season in charge (ESPN FC): “I’ve got enough belief in my ability…I think Lee [Charnley, chief executive] has come out and said our goal is to finish in the top 10. If we get ninth, eighth, or seven at a push, why not? We’ve got 16 games left and I’ve seen enough in the last three or four games, taking the cup game out of it, for us to go on a run.”

In some capacity, Hull City strikers Nikica Jelavic and Abel Hernandez are ready to take the pitch following injury absences. Andrew Robertson and Gaston Ramirez should also be available, while Alex Bruce (thigh) and James Chester (shoulder) are sidelined.

If fit enough to go, Newcastle striker Papiss Cisse will join his side after his country was knocked out of the Africa Cup of Nations. The Toons have Mehdi Abeid, Davide Santon and Gabriel Obertan back from injuries, too, as left-back Paul Dummett will probably sit out due to hamstring trouble.

Assuming that Hernandez and Jelavic see limited roles in this one, the pacey Magpies have their best opportunity to snag three points since their contest against Burnley at the start of 2015. Hull City 1-2 Newcastle. 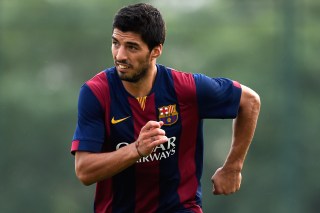 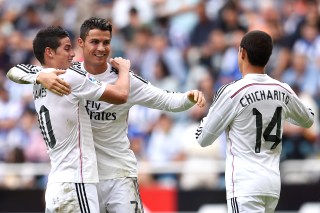 Diego Forlan to be a free agent after J-League team decides not to extend his contract June 6, 2015 9:26 am