Wednesday night’s MLS match between Orlando City and Montreal in Quebec was only 10 percent in the books when it went verifiably and 100 percent MLS bonkers.

The league, which has a knack for producing quality midweek entertainment, saw Didier Drogba score on a free kick inside of the first minute — no doubt helped by mind-boggling goalkeeping from Joe Bendik — before Brek Shea tied it up. 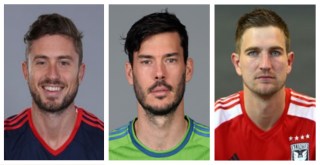 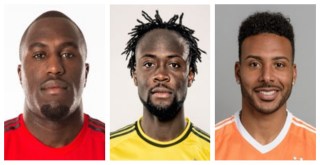 Montreal remained third in the East as it came off a rainy BMO Field in Toronto late Saturday afternoon, surly stinging, not just for forfeiture of a playoff clinching opportunity, but also for losing to its Canadian rival.

Robert Earnshaw’s 16th-minute goal held up, although Toronto goalkeeper Joe Bendik needed to supply a couple of wonderful reaction saves to preserve the win. Either way, good for Ryan Nelsen’s club for standing up and being competitive when it might have been easy to start vacation just a little early.

This was only Toronto’s fourth shutout of 2013.

Back to the team with playoff soccer ahead – we think. The problem for Montreal is now this: If three other Eastern teams win this weekend, the Impact will miss the post-season.

Odds are that between Houston, New England and Chicago, one of them will fail to get all three points in Sunday matches. All play on the road, making a sweep even less likely. Still, this means nervous Montreal moments.

Plus, there does seem a high likelihood that one of the clubs will get the job done – Houston at D.C. United, Chicago at New York and New England at Columbus. Every time one of Montreal’s pursuers wins, the Impact slides down just a little further.

It’s that first slide that hurts, as it puts Montreal into the 4th-vs.-5th midweek elimination match.

Here are the standings in the East going into Sunday: The Union, getting its top three attackers into the starting lineup together for the first time this year (Conor Casey, Jack McInerney and Sebastien Le Toux), had most of the offense, just as you might expect against a visitor playing with lots of resolve, but still short on top talent.

Bendik, still playing for presumed Reds No. 1 Stefan Frei, who just cannot get healthy, hardly looked like a backup in turning away one Union shot after another. Finally, in the third minute of stoppage time, McInerney was forgotten about at the far post and had the easiest of stick-aways for the late, late home-team equalizer.

Still, Bendik was as responsible as anyone for guiding his club to a point on the road. TFC manager Ryan Nelsen will surely take it; any road point is a good one for TFC in 2013.

Here is what veteran Irish defender Darren O’Dea had to say post-game about his unheralded 23-year-old goalkeeper from Huntington, N.Y.:

He’s been brilliant since he’s come in. How he was the No. 2 in Portland last year – they must have had a very good No. 1 to keep him out. He’s obviously very young, but he’s been excellent. … We’re blessed this year with a fantastic set of goalkeepers and a fantastic goalkeeper coach. It pays off, because goalkeepers are massive part, especially away from home, of picking up points.”

And here is the full package of match highlights, which could easily be re-labeled “The Joe Bendik highlight pack.”

WATCH: Didier Drogba hammers free kick, goalkeeper has no clue what to do with it September 7, 2016 7:55 pm