Last time we checked in on the hot stove that is the MLS offseason, we were just hours into the fast and furious season of wheeling and dealing assets, but a handful of key trades had already been executed.

As we check back in a few days later, it’s still trade after trade (after free-agent signing) after trade going down these days. A quick recap of noteworthy MLS roster moves made over the last week…

Prior to selecting Urruti with the first pick of the re-entry draft (stage one), FC Dallas acquired said position from the Portland Timbers in exchange for allocation money. Urruti, who counted just $200,000 against the salary cap in 2015, scored five goals for the Timbers in 2015 (playoffs included), a year after bagging 10 in just 12 starts (30 total appearances). With Blas Perez out of contract and on his way out of town, Urruti will compete with David Texeira for the starting center forward spot in 2016.

The reigning MLS Cup champions sold Jorge Villafana to Santos Laguna for a fee of just under $1 million, and quickly filled the gaping hole at left back by acquiring Chris Klute from Columbus Crew SC in exchange for allocation money. Klute ($82,500 cap hit in 2015), who had plenty of U.S. national team buzz around him back in 2013, racked up seven assists while playing full back for the Colorado Rapids, but saw his playing time decrease in 2014 before being traded to Crew SC last winter. He made just 14 appearances (8 starts) for Crew SC this season, but fits the two-way profile for full backs in Caleb Porter’s system to a T.

If you had Justin Mapp in your “Who will be the first free agent signed in MLS history?” office pool, you’re a winner. Mapp signed with Sporting Kansas City on Monday, giving the current U.S. Open Cup holders a much-needed injection of width and wing play heading into 2016. Mapp played in just five games in 2015 thanks to a dislocated and broken elbow suffered in the season opener back in March. In his three previous seasons with the Montreal Impact, Mapp averaged seven assists per season from 2012-2014. His salary cap hit was $186,725 in 2015, meaning he is eligible for a raise of up to 20 percent, given he made between $100,000 and $200,000 this year.

Marco Pappa was traded to the Rapids, by the Seattle Sounders, in exchange for allocation money. Pappa somehow counted just $75,000 against the cap in 2015 — that number was perhaps paid down with allocation money — after returning from a failed stint in Holland in 2014. In his first season back in MLS, Pappa scored six goals and assisted on five others, but his time in Seattle soured this season when he was arrested for DUI in July.

While out-of-contract players joining new teams has happened in the past, that’s always been a case of availability based on release, or something other than free market movement.

[ MORE: Five USMNT players up for U.S. Male Player of the Year ]

Justin Mapp, 31, is now a member of Sporting KC despite Montreal wanting to retain him, a fact that would’ve kept him in Quebec in years past.

In case you forgot, here’s MLSSoccer.com:

MLS introduced free agency as part of the league’s new Collective Bargaining Agreement earlier this year. Players who are 28 or older and who have spent a minimum of eight years in the league are eligible for free agency if they’re out of contract or had their option declined. Mapp was out of contract with Montreal, who extended him a new offer before he chose to sign with SKC.

Drafted by Chicago in 2002, Mapp was dealt to DC United for Dema Kovalenko in 2003, and later moved to Philadelphia in a trade before being selected by Montreal in the 2011 Expansion Draft.

Who says there’s such a thing as the Major League Soccer “offseason?” And who says we were supposed to kick back and enjoy such a thing on Monday, barely 24 hours after the Portland Timbers hoisted the 2015 MLS Cup?

Not only have we already witnessed a flurry of early offseason trades today, but MLS also announced the inaugural class of free agents — players who are eligible to negotiate new contracts with any of the league’s 20 teams after meeting its brand new age-28 and eight-years-MLS-experienced requirements.

Of the above listed players, the following names (no particular order) seem most likely to garner the most interest on the open market: Mike Magee, Justin Mapp, Paulo Nagamura, Ned Grabavoy, Jeff Larentowicz and Drew Moor.

Magee, who won the MLS MVP award just two years ago, has fallen off spectacularly since that 2013 campaign in which he scored 22 goals in 29 games while splitting time between the Galaxy and Fire. In the two seasons since, he has scored just seven goals in 29 appearance for his hometown club. Given his $400,000 cap hit in 2015, he’ll have to take a pay-cut, but he will land somewhere.

Mapp might just be the gem of this inaugural class. Sure, he just turned 31 years old and he missed most of 2015 due to a long-term injury, but he’s only one year removed from back-to-back eight-assist seasons in Montreal. For the right price ($186,725 cap hit in 2015) and with the right team, he’ll be one of the best fringe-starter wingers in the league.

[ MORE: MLS offseason kicks off with flurry of big-time trades ]

Larentowicz, Magee’s now-former teammate in Chicago, is a more-than-serviceable starting center back, even at 32 years old, with the ability to seamlessly slot in at defensive midfield. He’ll be an intriguing option for teams looking to shore up either position with a craft veteran (hellooooo, D.C. United!), though he’ll likely have to do so at a slightly lower price than his $265,000 cap hit from 2015.

The other possible starter of the players mentioned above is Grabavoy, who ended up with NYCFC at the behest of Jason Kreis, who is no longer the team’s head coach. He’s approaching 300 games played in his MLS career and was a massive part of Real Salt Lake’s sustained successes from 2009-2014. As with Larentowicz, on the right team and the right system, Grabavoy will be a useful pick-up for something a little below his 2015 cap hit of $200,000.

Nagamura is wanted in Kansas City, where there are hopes he’ll take a reduced salary ($230,000 cap hit in 2015) to remain the first midfield option off the bench for Peter Vermes’ side. Moor is an interesting case in his own right, in that he’ll turn 32 in January, but he’s coming off of arguably the best season of his career. He could actually get close the his 2015 cap hit of $258,500 if a team believes he’s still a full-time starter. 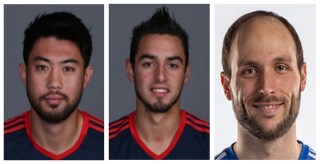 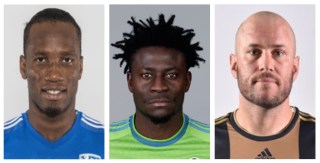 Montreal midfielder Justin Mapp will be out an estimated four months after a fall in the season opener will require elbow surgery.

Mapp tumbled over D.C. United goalkeeper Bill Hamid in the late stages of their 1-0 loss to open the season, and was removed in the 86th minute. Surgery is scheduled for Thursday, according to the club, and will repair both a fracture and a dislocation.

“It’s not easy to replace him, but we have a lot of depth out wide,” manager Frank Klopas told the Canadian Press. “With the changes we made, we wanted quality depth at every spot.”

The 31-year-old Mississippi product is a major cog in the Impact attack, and without him the service will suffer. It was already thin against D.C. United, and chances were barren for most of the game leaving Jack McInerney often on an island. His eight assists from last year could have been an even higher total this season given the attacking additions the club added over the summer, but now they’ll have to look elsewhere for the first half of the season.

Andres Romero is still out with a quad injury but would be a candidate to replace Mapp when he returns, and Blake Smith could be in contention as well. Dominic Oduro is a candidate as well should Klopas decide to drop him back to the wing.