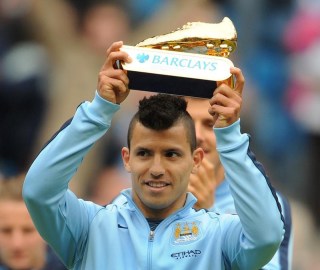 Louis van Gaal announced on Saturday the 23 men that will be representing Netherlands in Brazil.

There aren’t many surprises from van Gaal. With the exception of Rafael van der Vaart, who misses out with injury, he cut young players from the domestic league. As a result, Holland’s bringing a rather aging side to the 2014 World Cup. Wesley Sneijder, Arjen Robben, Klaas-Jan Huntelar, and Robin van Persie will all be 30 when the tournament starts, and Dirk Kuyt is nearly 34. Dutch fans will be hoping these attackers all have some gas left in the tank.

Netherlands play their first game on June 13, opening against Spain. Chile and Australia are also included in Group B.

As friendlies play out and we edge ever closer to the June 2nd deadline, expect to see more information on who’s heading to Brazil – and who’s sad about staying behind.

With Louis van Gaal looking increasingly likely to use a five-defender setup in Brazil, the Netherlands has named preliminary World Cup squad rich in defenders from Feyenoord – the Eredivisie club that used its 5-3-2 formation to claim second place in this year’s domestic league. With Daryl Janmaat, Stefan de Vrij, Bruno Martins Indi, and the uncapped Angola-born Terence Kongolo called in, four of the club’s five starting defenders are part of the Dutch’s defense-heavy 30-man squad.

The most notable omission is Paris Saint-Germain’s Gregory van der Weil – a starter on the 2010 team. The right back started 24 league games for PSG yet failed to claim a spot in van Gaal’s 30-man team.

Netherlands, grouped with Australia, Chile, and Spain, opens its World Cup on June 13.