Premier League teams are all about patterns when it comes to next season’s designs, and Monday brought a leak from North London club Arsenal.

The image joins Manchester United and Man City ‘leaks’ ahead of a 2020-21 season with no sure start date.

There are stripes and cuffs at the bottom of their traditional white sleeves, a white collar, and a boomerang-type pattern on the main red part of the shirt.

Arsenal, in our opinion, has one of the best looks in soccer history. Messing with it is risky, and the Gunners only took minor chances here. We like it.

Here’s the full post from Footy Headlines, including a mock-up of Pierre-Emerick Aubameyang in the new shirt.

Manchester City fans will have a chance to get a new jersey from their club.

Manchester City and Nike revealed the club’s newest home kit Wednesday, which features a classic sky blue look as well as the addition of sponsor Nexen Tire on the left sleeve for Premier League matches.

The inspiration for the uniform, which features the a solid sky blue jersey with white trim along the neck and down the sides, white shorts and white socks, came from Manchester City’s first division championship side from 1967-1968.

While the kit has an old school look, according to Nike, the jersey is made with “Aeroswift technology” which is more breathable and lightweight than uniforms in the past.

The kit is already on sale on the Manchester City club shop and will be officially debuted by Manchester City’s women’s team on Wednesday in its match against Sunderland.

Early leaks of Manchester United’s 2016-17 home kit showed a bit of two-tone, vertical red, and it appears they were the real deal.

United’s Adidas shirt boasts three white stripes under the arms and is a subdued approach at something different.

Yes, you’ve got two tones. Yes, there’s the loud white stripes, but all are placed in a close to non-controversial way. I like it better on the artistic promo shot (below) then the hanging shirt, but such is the nature of marketing. 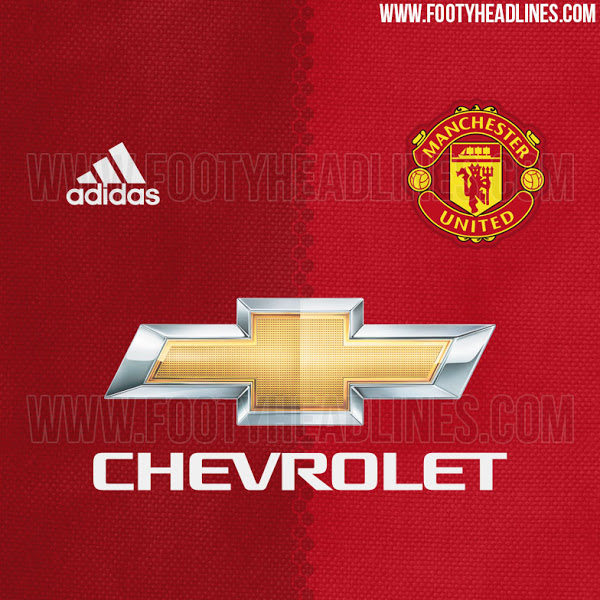 Part of Real Madrid’s look for defense of the UEFA Champions League title is a little dark.

Unveiled by adidas and the club on Tuesday, Los Merengues mostly-black kits feature something akin to a dragon lurking behind the ‘Fly Emirates’ logo on their midsections.

Real Madrid’s crest has been simplified to an all-white logo, while their light look — OH MY, TONI KROOS IS ACTUALLY ON FIRE!!

Real Madrid couldn't just release a 'dragon king' kit. They stuck a 'dragon bird' on it too http://t.co/9piwsTrviz pic.twitter.com/NRkK3XTnf0

So almost completely black-and-white, with the exception of some pink shoulder work on the white shirt. What do you think?