Steven Gerrard‘s immediate future has been a hot topic for discussion since the 36-year-old Liverpool legend announced he’s leaving the LA Galaxy this winter, but remains as much a mystery late on Saturday as it was four days earlier.

According to a report from ESPN FC, Gerrard will reject the offer he reportedly received from League 1 side MK Dons to become the club’s new manager. It has been reported that he has until Monday to accept or reject the club’s offer.

Gerrard reportedly also has an offer on the table to finish the 2016-17 European season with Serie A side Inter Milan. 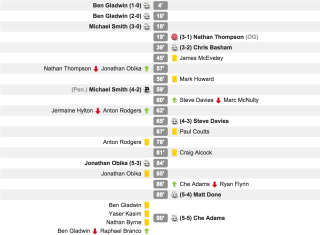