The game in 100 words (or less): Not to sound any alarm bells or anything too quickly, but we need to have a talk about Sporting Kansas City. For a little over a month now, they’ve not exactly been great, and they’ve certainly not been dominant at any point of that 10-game stretch, which includes Saturday night’s 2-1 defeat to the Colorado Rapids. Sure, they’ve racked up a decent enough record over that timeframe (5W-1D-3L in all competitions), but a team can only overcome early deficits and win in spectacular fashion so often. It’s not a sustainable strategy over the course of a 34-game season. Roger Espinoza is a huge miss in the midfield, but the central unit is far from the only bunch worthy of blame. Set-piece defending has been borderline atrocious for some time now, and the full backs have been constant turnstiles as opposing wingers race bace unabated again and again. Peter Vermes navigated an injury crisis for a few months, but it’s safe to say it’s catching up to Sporting KC now. With Saturday’s loss, they could sit as low as fifth at the end of the weekend (40 points).

47′ — Dwyer hammers home after Nemeth weaves his way in — Krisztian Nemeth went on a dizzying, weaving run through the Rapids midfield, split three defenders and poked the ball into the path of Dom Dwyer, whose left-footed blast found the back of the net just inside Clint Irwin’s near post.

53′ — Figueroa benefits from a deflection, ties it back up — Someone forgot to pay attention to Maynor Figueroa, a two-time World Cup veteran, making the late, late, late-arriving run at the back post. When the ball arrived, Figueroa had a go, took the deflection off Graham Zusi in stride and used it to sneak under the crossbar at the far post.

76′ — Doyle rises up, heads home from close range — Step 1 to being a good defensive team: Mark the tall men inside the penalty area when a cross comes into the box. Sporting forgot to do this as Vicente Sanchez hit a floating ball to Kevin Doyle at the back post. Doyle, all 6-foot-nothing of him, headed the ball home with ease.

Man of the match: Vicente Sanchez 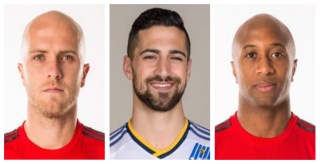 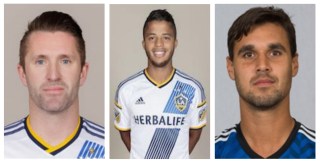 The first day of the 2015 CONCACAF Gold Cup tournament has arrived.

Just when you thought Women’s World Cup fever had dissipated, it’s time for the chaps to take over.

Jurgen Klinsmann’s side are the reigning Gold Cup champs and they will be in action on the opening day which see two Group A games take place in Frisco, Texas.

Below is a brief primer on what to expect from both, while you can follow the action live by clicking on the link above.

After reaching the final and narrowly losing to the U.S. 1-0 in 2013, Panama will be hoping to puts its World Cup qualifying disappointment behind them and go for glory once again. With FC Dallas forward Blas Perez playing in front of his home crowd, expect the Panamanian forward to give a spirited Haiti outfit plenty of problems. In the 2013 Gold Cup the Haitians made it tough for opponents, but Group A is likely to be a three-way slog between Panama, the U.S. and Honduras for a quarterfinal berth. Expect Panama to record a win and open up its 2015 campaign in style.

Jurgen Klinsmann wasn’t too impressed with the USA’s performance in their final friendly before the Gold Cup, but the U.S. did beat Guatemala 4-0 in Nashville last Friday. That said, the USMNT know that CONCACAF foes Costa Rica and Mexico have improved drastically since the 2013 competition and if they want to earn that spot in the 2017 Confederations Cup in Russia, they will have to be at their best this summer.

ProSoccerTalk’s Andy Edwards is in Texas with the U.S. and spoke with Klinsmann and USMNT skipper Michael Bradley on the eve of this tough test vs. Honduras. One of four CONCACAF teams who went to the World Cup last summer, Honduras have the likes of Andy Najar who could cause the U.S. problems out wide and the last time these teams met the U.S. drew 1-1 with Maynor Figueroa grabbing a late equalizer. If the U.S. gets off to a slow start, expect a large contingent of Honduran fans to get  louder and louder inside Toyota Stadium. Settling for a draw isn’t disastrous for the U.S. but they will want to start their title defense off strongly.

With the 2015 Gold Cup kicking off on July 7, over the next few days at ProSoccerTalk we will be previewing the tournament that will crown the champions of CONCACAF, plus decide which team will represent the region at the 2017 Confederations Cup in Russia.

Now, let’s take a look at some of the best players who will be on show throughout the U.S. in the next few weeks, as we rank the top 10 players at the Gold Cup.

Of course, these kind of lists always have a healthy dose of subjectivity within them, and when it comes to the creme de la cream of CONCACAF, there will also be a healthy number of players from the U.S., Mexico and Costa Rica.

This list is no different as three USMNT stars, three from Mexico, three from Costa Rica and one from Honduras make up our top 10. While there is more of a mixture in the “honorable mentions” section where a further 20 players are listed.

Let us know what you think in the comments section below, as we will have plenty more preview material in the coming days at PST.

WARNING: There is a graphic picture of the injury embedded at the bottom of this page.

Stephen Ireland faces a spell on the sidelines after Hull City defender Maynor Figueroa went studs-up into the Stoke City midfielder’s calf, causing a gash that needed 12-15 stitches to close.

There was no foul given on the play, just another referee’s decision, or lack thereof, that has a manager irate.

Potters’ boss Mark Hughes was visibly upset after the match, and said Ireland was lucky because the challenge could have ended his career.

It was a shocking challenge. It could have finished Stephen’s career. Why it is not a straight red, I have no idea.

There has been a lot of talk of challenges recently but this was worse than any of them. We have lost Stephen for any number of weeks. He is in a bad way.

He has a slice on his calf and needed 12 or 15 stitches. He has come in at half-time, rolled his sock down, and everyone was taken aback by the severity of the gash.

The referees have got to get their act together. The officials are finding it very difficult to get the key decisions right.

Officiating has been arguably the biggest talking point of the Premier League season so far, and Hughes has the right to be vocal as the challenge by Figueroa was especially vicious and left his player sidelined indefinitely.

Having already lost Bojan for the remainder of the season with a knee injury, losing Ireland will be a tough blow for the Potters. Stoke City currently sits 10th on the table, four points clear of Newcastle in the bottom half.

Below is a picture of Ireland’s injury. Gruesome.

The best night ever in CONCACAF qualifying? How the historic drama unfolded on Twitter … October 16, 2013 1:56 am