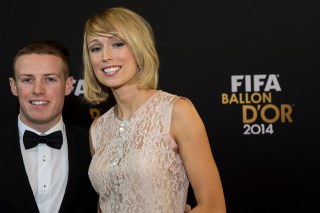 Hungarian legend Ference Puskas scored a boatload of goals in his career for Budapest Honved and Real Madrid, and he scored them with a style that put his name on the trophy for goal of the year.

The Puskas Award nominees were goals from James Rodriguez and Robin van Persie at the World Cup, and surprise candidate Stephanie Roche from Ireland, whose stunning juggle, volley and turn is among the best goals you’ll see in your life.

The goal was similar to James goal in the World Cup, and perhaps the grander stage is the reason the Real Madrid star is taking home the Puskas Award.